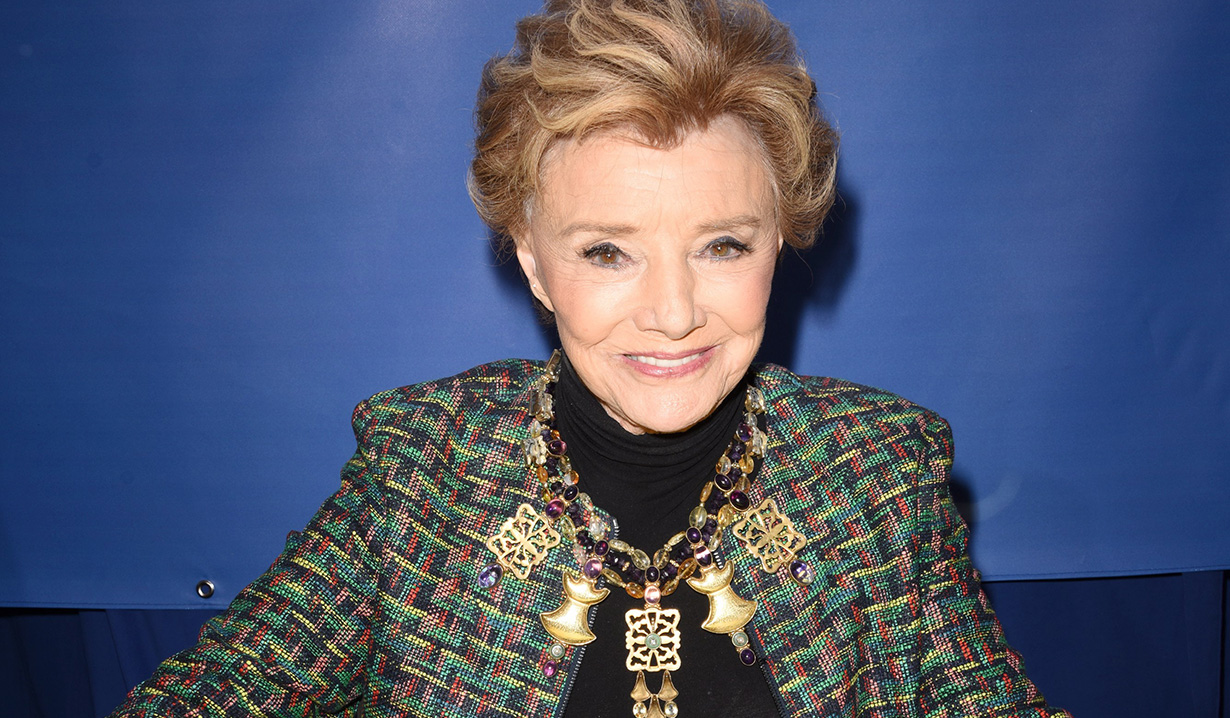 “Only in the agony of parting do we look into the depths of love.”
― George Eliot

Peggy McCay (Caroline Brady, Days of our Lives) has passed away in her sleep on October 7 at the age of 90 of natural causes. McCay has never married, nor had children of her own. She is survived by family and friends, including her dear friend Denise Kiel Smith, who broke the news on Twitter, stating, “To all of Peggy McCay’s dear friend and family I have some sad news…Peggy passed peacefully in her sleep of natural causes Sunday morning at 1:00 am. She always appreciated you, her loyal fans, for all of the love and support that you gave her throughout the years. Peggy enjoyed a lifelong career of acting in television and movies. She loved working at Days of Our Lives nearly to the end. Acting and animal rescue were her passions in life. If you would like to show your support please visit the Kitty Bungalow, Peggy’s favorite charity, at Kitty Bungalow.”

The NBC soap posted a statement on their official Twitter, “Our deepest sympathy to the friends and family of Peggy McCay, our dear Caroline Brady for more than three decades.” The show then went on to share a statement from executive producer Ken Corday, “This past Sunday we lost our dear Peggy McCay, known to her fans as DAYS OF OUR LIVES matriarch Caroline Brady. A strong woman and actor, Peggy fought tirelessly for the members of her community, and her spirit lives on in those causes. On a personal level, Peggy was like a grandmother to my children and a beloved member of our family. Her wonderful spirit will be deeply missed by all of us at DAYS OF OUR LIVES and her fans.”

Born November 2, 1927, Peggy McCay was educated at Columbia University and Barnard College before she started working in 1949 as an actress. McCay’s long spanning career included theatre, film, she worked on over 100 television series, including soap operas. Some of McCay’s television appearances that stand out are in shows such as Love of Life, Alfred Hitchcock Presents, Perry Mason, The Greatest Show on Earth, The Andy Griffith Show, Gunsmoke, and Lou Grant. The actress played Iris Fairchild on the longest running American soap opera, General Hospital from 1967 – 1970 and years later, February 7, 1983, she originated the role of Caroline Brady, on Days of our Lives, since the Brady family was first created.

McCay was beloved not just to the Brady clan but Days viewers. A talented actress, she was nominated for a Daytime Emmy award for Outstanding Lead Actress for the role of Caroline Brady 4 times. Previous to that, she won a Primetime Emmy Award for Outstanding Guest Actress in a drama series for the show, The Trials of Rosie O’Neill, playing the part of Irene Hayes, and an Obie Award in the category of Distinguished Performance by an Actress for her role as Sofia in Uncle Vanya. Missed by her fans, Peggy McCay hasn’t been seen on Days since August 24, 2016 in scenes where Caroline visited Maggie in the hospital after she went through surgery. There have also been scenes in February 2017 where Caroline was mentioned and a phone call was made to her from her daughter Kayla (Mary Beth Evans).

Soaps.com sends our condolences out to McCay’s family and friends. It is with sadness that we report this news, especially on the heels of Days’ Frank Parker’s (Grandpa Shawn) recent passing.

Take a trip down memory lane by viewing the photo gallery below of Peggy McCay as Caroline throughout the years, as various Days co-workers remember the actress…

I was so fortunate to have worked with some amazing actors that shaped the actor and person I am .Looking in Peggy's eyes, all I could see was a Mom who loved me, and wanted the best for me. She was always so committed to the story.Those sparkling https://t.co/edbS6toUXe

Our dearest Peggy McCay has left us. She was a friend, an activist and a real scrapper!!
I remember meeting her at the bedside of a dear, very ill friend. I backed her up as she ferociously took on doctors and… https://t.co/y1iseEVsmz

I just heard the news that #PeggyMccay has passed. She was like a real grandmother to me, a mentor, a great source of encouragement, and she was so hilariously fierce. You are deeply missed Peggy! #RIPGrandmaCaroline ?#Days pic.twitter.com/EPZh7yt1Tf

Peggy McCay was such a beautiful and tender woman. Her Presence was truly special to be around. Very honored to have shared precious time with her. Fly with the angels Ms. McCay. ❤️??? #PeggyMcCay pic.twitter.com/HuiuT6mTMT

My deepest condolences to the fans, friends and family of Peggy McCay. #days https://t.co/8DrAzSDuIh

So sad to hear about the passing of #peggymckay. She was fierce & firey with the heart of a lion yet could be as soft as a petal. I always looked forward to our scenes together, eager to see what kind of spontaneous thing she’d do. She was loved & adored & will be missed.#days pic.twitter.com/0NmVn8hMbP

Peggy McCay was always a kind, warm presence on the set of Day of Our Lives. She will be dearly missed.

Always a classy lady our Emmy winning Peggy McCay who cared about her craft, her fellow actors and the Life of Days. She reigned well in this most pressured profession of Daytime. pic.twitter.com/27EGzNkRWi

We where truly blessed by your spirit, grace & passion! I am grateful for all our time together & to say my Daytime Grandmother was the GREAT Peggy McCay was a gift #love #dool #family #peggymccay pic.twitter.com/XLGUPSlDnI

Well Peggy, this is unexpected. The last time I saw you, you talked about how eager you were to get back to work. You said it with such conviction and longing. Don’t worry, you gave the world plenty. Gave your audiences inspired performances and your fellow actors your strength and inspiration and absolute love of the work. I will miss you sweet, Peggy. I am so grateful for the time I had with you . Sending love to your loved ones. Rest In Peace. #days #mamabradyforever

Sweet Peggy you will be missed. Love is forever?

RIP Peggy McCay. Feisty, witty, and not an unkind bone throughout her body. She was warm to me when I first entered the hallways of DOOL, and made every word she was given poetry. I will miss this true lady of daytime.

Peggy #thankyou for all of your #kindness , #love & encouragement through the years . #loveu Rest In Peace

To Peggy McCay. I had a very special relationship with Peggy both on and off screen. She was Theresa’s only champion, and like a grandmother (albeit a feisty one) behind the scenes. She was tough as nails, in the most hilarious spitfire way. Kind, but not a doormat. Peggy lived her life from a place of approval, not for approval. She excluded confidence, but she was always kind. Like Grandma Caroline, she just had that Irish fire. I’ll never forget my first day working with Peggy. I was nervous because, y’all, she’s a legend! After our scenes, Peggy and @patsypease came up to me in the hall, and Peggy looked at me, as if she was about to give me a proper dressing down, and quietly said, “so Pats and I have been talking about your work” I swallowed hard, like oh God, I knew it. I didn’t do it well enough. She continued, “You’re one of us. You have old school work ethic, and I like you a lot. It’s a pleasure working with you” and then she bear hugged me, like Grandma Caroline would do to Theresa. I’ll never forget that moment in my life. Since that day, Peggy was a mentor. A friend, and a great source of encouragement and wisdom. We will miss you every day Peggy. #RIPPeggyMcCay #Days #Dool

Oh how I loved this woman! Her strength and professionalism was like no other! She set such an amazing standard for all of us….as actors and people. She will always be the heart and soul of the Brady family and I’m sure we will always be talking about her in the years to come. She lives on in Salem and in our hearts. #restinpeacetvmama❤️

Oh Miss McCay There’s quite a bit I have to say. A word this morning came to me when I heard the news : hutzpah. When we first met, you weren’t so sure…but one press trip did it. We sat together & I listened as you practiced your rap. Yes a rap. I asked why rap? You said – “because I haven’t done it yet, have you?” I can still recall the way you fearlessly took that stage in your 80s, fearless & brave, to go beyond self comfort for the sake of growth & a good challenge. Every time I saw you in the makeup chair there was a giant ear to ear grin, a welcoming hug & then the same exact sentiment – “so hows the work?” Peggy, you had an endless & intense love affair with acting. It inspires me to this day. Like a kid in a sandbox, she truly couldn’t wait to roll up her sleeves & get to work. Watching Peggy portray her character’s Alzheimer’s while I felt I was losing my grandfather to it, brought me understanding, patience, and comfort. We talked often about how important that storyline was & the loneliness of being trapped in your own mind. You set the bar high. And up there, heaven just got a hell of a lot more fun.

Another of the Days’ greats is gone. From the day she arrived in Salem, Peggy was a shining star, and I so enjoyed writing for her. She brought such passion and professionalism to her work as Caroline Brady. RIP, Peggy.  You will be missed. ⏳❤️ #days #daysofourlives #peggymccay #carolinebrady

Sad to wake to the news that Peggy has passed. Peggy McCay was kind, talented, strong, full of spunk and a true professional. I didn’t know her well but did have the pleasure of working with her once. I was nervous to run lines with her. She was a legend and so respected. You didn’t have to know her personally to know what a force she was. She must have been 80 when I worked with her and she was more with it than I was in my 30’s. #RIP Peggy. #legend #grace #respect #daytime

Every day working with Peggy was a win. She had such an incredibly colorful & often hilarious history in tv. I was so lucky to hear her stories. She was feisty, funny & ever so talented. She was very much a grandmother to me and will miss her so much. #rip

Patch and Caroline had a rocky start. Then… ♥️ So happy I was back working with her during her final run. Peggy was all love. #days #mamabrady #grateful Thank you, Peggy 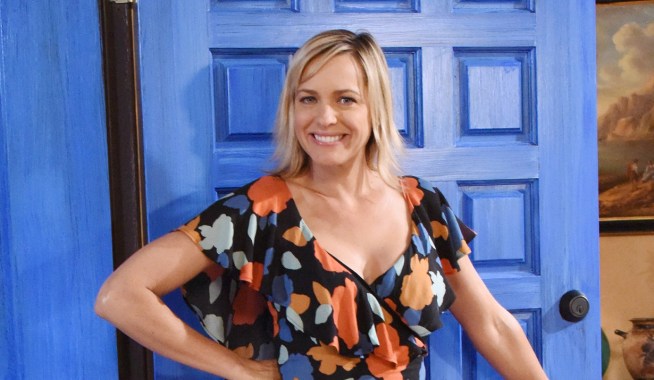 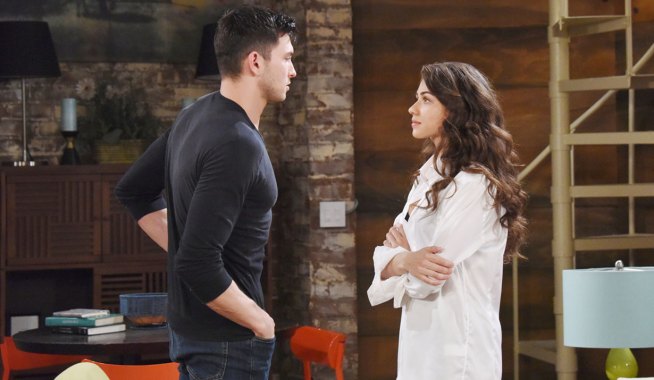