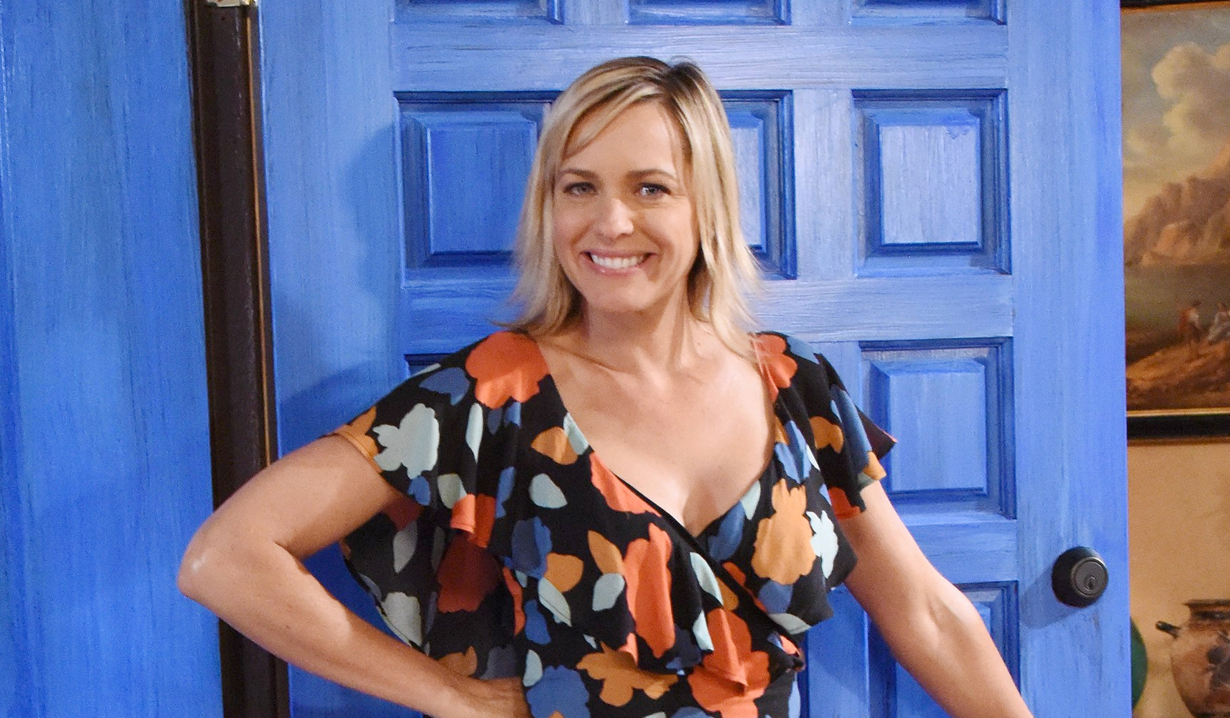 Actress discusses life after Days and why she came back.

Back in 2017 when Soaps.com reported on Arianne Zucker’s decision to leave Days, fans were shocked that she was walking away from the daytime soap and the role of Nicole Walker. Earlier this year the show contacted her about a return, which she spoke to Soap Opera Digest about. She admitted she wasn’t ready to return to the soap, but was open to the idea of a short storyline arc, which is what was decided upon. When asked if she was nervous Zucker admitted, “I guess maybe nervous/excited. It’s like seeing your family that you haven’t seen for a long time. It’s like getting off an airplane and everyone’s like, ‘Oh my God! It’s so great that you’re back.'” It hadn’t been a year since she taped her last episode that she found herself back on the set. She reflected on the character of Nicole and noted, “It’s such a good feeling that people want this character on the show. When I come back, that’s the feeling I have. I know when this character airs, there’s always some sort of loving hatred for her. I think more loving now that her character’s changed a lot through the years.” When Nicole was last seen she had dumped Eric (Greg Vaughan) and quickly departed Salem because Brady (Eric Martsolf) had blackmailed her into doing so over the murder of Deimos Kiriakis (Vincent Irizarry). With Eric learning of his brother’s machinations, he’s set out to find Nicole and learn if they still have a chance to be together.

More: Watch Eric and Nicole team up for murder

Playing Nicole again brought up a lot of emotion for Zucker. “I realize that I do kind of have this heavy heart when I play her because she is always so emotional, so that I had to get back into, which was a little harder. I’ve had all this free time with my daughter and I’m doing these little movies and I’ve had a bigger break. With Days I’ve worked 30 episodes in a row and I’ve just been crying all the time. It’s exhausting!” Recently Zucker appeared in Lifetime’s thriller Web Cam girls. She and her partner Shawn Christian (Daniel Jonas) also travel once a month as part of a new business they began called Lux Soul Traveler. Zucker helps with the managing of the company and keeping Christian organized while he is traveling in search of exotic destinations and experiences, which the company promotes. “It’s been pretty awesome working with him,” she admits, “I mean, you never know if you’re going to work well with your partner or not.” As for whether she’d return to Days permanently, Zucker stated, “When I left the show I said never say never. It’s hard to say no. And it circles back around; it’s so nice to feel wanted in any capacity.”