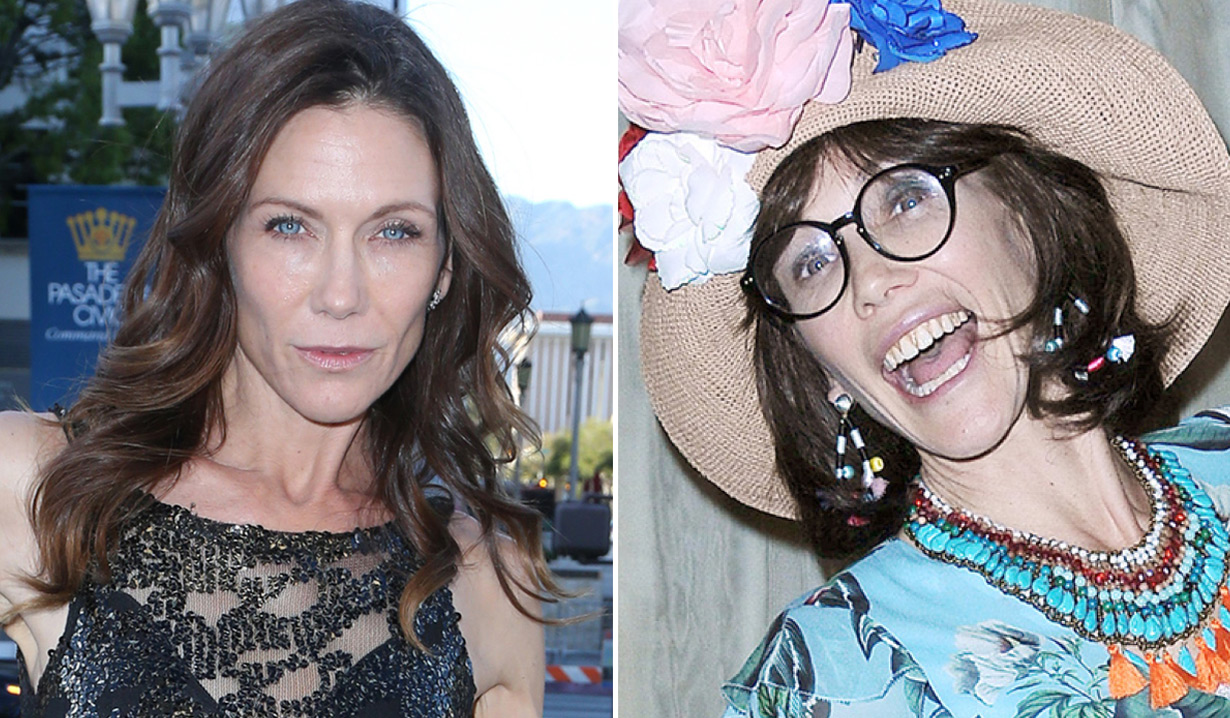 Soap opera actress dishes on stepping into some big shoes.

Soaps.com readers may know Stacy Haiduk for her roles as Patty Williams and Mary Jane Benson on The Young and the Restless and Hannah Nichols on All My Children. Even if you didn’t see her on those soaps, you may have seen her as Jenny on True Blood, Lisa Tabak on Prison Break, or Lt. Cmdr. Katherine Hitchcock on Seaquest 2023. This week Stacy Haiduk joined Days of our Lives as Susan Banks and Kristen DiMera, roles previously played by Eileen Davidson. Davidson’s schedule on CBS’ Y&R prevented her from taking on the extra work at Days. Head writer Ron Carlivati already had Haiduk as his plan B. Though he never worked with her, he knew of her work as Patty on Y&R and felt she could pull it off. That she had the right look and body, in addition to the acting skills, was an even bigger bonus.

Haiduk tells Soap Opera Digest she was at a low point professionally when she got the offer from Days. “When you don’t work as an actress, you go through a major depression sometimes. You think you’re never going to work again. I was literally driving Uber for a while.” After a particularly horrible Uber ride, and visit to see her daughter in New York, she contemplated relocating there when the offer from Days came in. However, when her agent told her she’d be playing a double role, she quickly recalled her friend Davidson at Y&R talking about all the roles she played on Days. She knew she was filling some big shoes. Haiduk had trepidation taking over the parts, but upon arriving on the Days set was welcomed with open arms. “I couldn’t have asked for a better group of people,” she noted. “I hope the fans will give me a chance.” One important person has already wished her well. Davidson tweeted out, “Big congratulations to @StaceHaiduk debuting as Kristen/Susan on @nbcdays this week!!! Stacey is a fantastic actress and I’m sure she will SLAY!!!! ?❤️?”

Haiduk debuted on August 21 when Susan Banks arrived in Salem and crashed Marlena’s bachelorette party. If you have not seen Friday’s episode, the next few sentences reveal spoilers! At the big event, Marlena and John’s wedding, the truth is revealed that she’s Kristen in disguise. Things get even crazier when the real Susan Banks arrives in Salem. Fans can expect Kristen to drop a few bombs, including that EJ DiMera is alive. On playing the dual roles Haiduk stated, “I didn’t want to copy Eileen, because that was what she did. But I wanted to give the essence of it and also do my thing where I could bring in my acting skills as an actress, as well.” She came well prepared for the parts. The show sent her old episodes of Eileen in character, and various actors filled her in on their characters’ relationships with Kristen and Susan. Deidre Hall (Marlena Evans Black) even took Haiduk out to lunch to help her prepare. “She really guided me through some of the long monologue scenes. When I needed just a break, she knew it.” Evans reassured Haiduk she was doing a great job and would call in for make-up touch-ups to give Haiduk breathers. Her fellow actors would also give her thumbs up to let her know she was doing well.

Though she’s taken on a daytime role many viewers see as iconic, Haiduk remains humble. “Sometimes you’re just a blue-collar working actress. That’s where I kind of see myself at this point. I work for a living. When I get to act, I love it and I have a blast. I’m super-blessed every day that I get to show up.”

Big congratulations to @StaceHaiduk debuting as Kristen/Susan on @nbcdays this week!!! Stacey is a fantastic actress and I’m sure she will SLAY!!!! ?❤️?

The Real Reason Stephen Nichols Is...