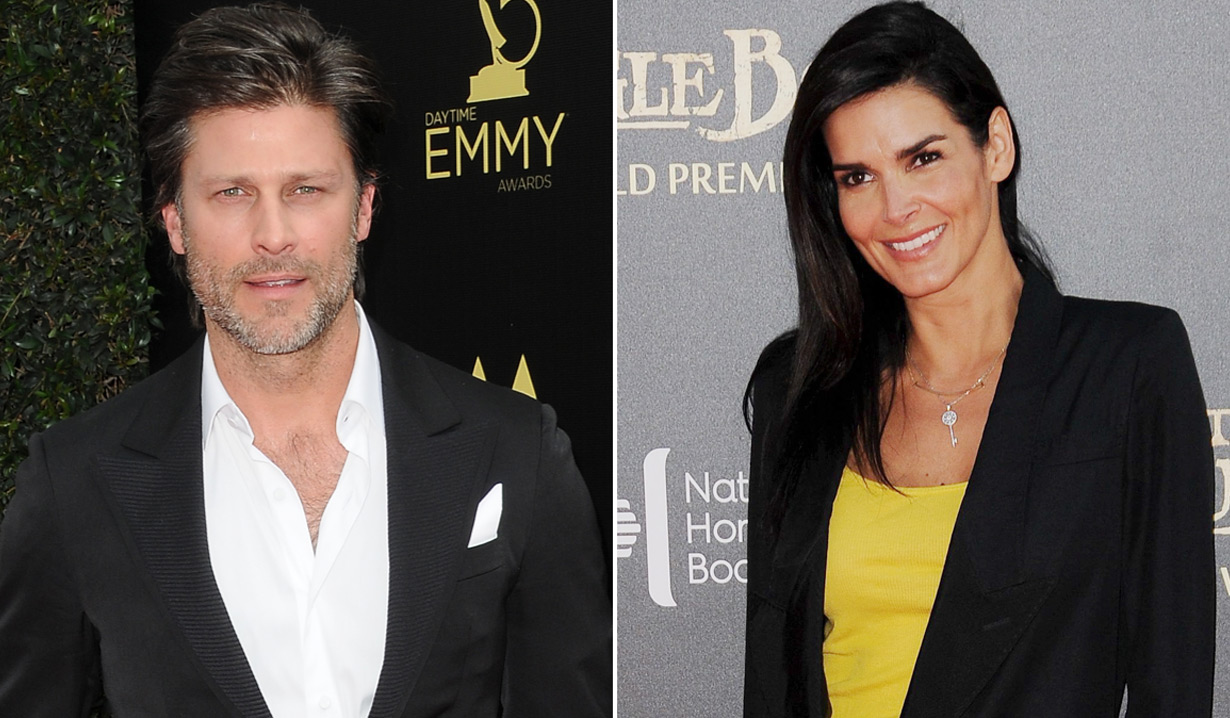 Daytime actor reveling in a great 2018.

Days of our Lives’ Greg Vaughan (Eric Brady, former Lucky Spencer on General Hospital) has had a lot to be grateful for this past year. The actor joined Days in 2012 as Eric Brady, last played by Jensen Ackles (Supernatural) in 2000. During his time away from Salem, the character of Eric became a priest. However, personal troubles led to a drunk driving accident which killed his best friend Daniel Jonas (Shawn Christian) and almost killed his step-brother Brady Black (Eric Martsolf). In 2016 Greg Vaughan left Days of our Lives when his character was sent to prison for the accident, only to return a year later after an early release. His story of recovery and redemption led to Vaughan winning a Daytime Emmy for Outstanding Supporting Actor, as previously reported by Soaps.com.

Not only is Vaughan’s career at a high point, his personal life is as well. Vaughan was previously married to Touriya Haoud from 2006 until 2014, and the couple shares three boys: Jathan James, Cavan Thomas and Landan Reid. He recently reconnected with actress Angie Harmon (Rizzoli & Isles). Both grew up in Dallas and early in their careers modeled together. Vaughan told Soap Opera Digest the two stayed in touch as friends over the years, and recently as they became more friendly he took the chance to ask her out on a date. The date wasn’t your typical first date. “I had to fly all the way to the East Coast to do so [go on the date] because there was not much of a chance of her coming back this direction for a while,” he recalled. Of their relationship, Vaughan stated, “It’s blossomed beautifully at our pace and our speed and [she’s] someone that I deeply admire and appreciate and have a lot of respect for. She’s a writer, she’s a producer and a director on top of being an actor.” At the time of the interview, Harmon was abroad doing philanthropy work for UNICEF. Previously Harmon was married to Jason Sehorn from 2001 until 2016, and they share three daughters: Finley Faith, Avery Grace and Emery Hope. The coincidence has not gone unnoticed by the two, nor the fact that Vaughan plays a Brady on television. A single dad with three boys meeting a single mom with three girls have come together to form a modern day Brady Bunch, which they joked about when they took their relationship public on Instagram over the Fourth of July. Since then Vaughan and Harmon have gone on to share many family moments. Even when they are not together, Vaughan actively documents his role as a father to his sons on social media.

As for their kids, Vaughan notes of his boys, “The boys are learning a lot about being in a house full of girls; something completely unfamiliar to them.” Harmon’s oldest are teenagers, so it’s generally Vaughan’s boys and Harmon’s youngest daughter that spend the most time together. But the families always manage to all spend time together. In addition to their vacation over the Fourth of July, the couple has plans to regroup as a great big bunch before everyone heads back to school this fall.

Better late than never! ??Happy July Fourth!?? (From all of us trying to smile into the sun!?) #moresunglasses #blessed #grateful #boysareloud #moderndaybradybunch #handsomes #beauties pic.twitter.com/WhvIKCp1YA

?HAPPIEST OF BIRTHDAYS TO YOU @gregvaughan !! ?
The love & light & joy that you bring 2 everyone who has the blessing of encountering you is immense & immeasurable! You are a tremendous man, a fantastic father & we are all blessed 2 know you! I hope this is your best year yet! pic.twitter.com/AOj5bx5aWw

life of love or friendship isn’t about who you’ve known the longest. It’s about who walked into it and said, “I’m here for you,”…and proved it! I am truly blessed ?? pic.twitter.com/43J4476oNy