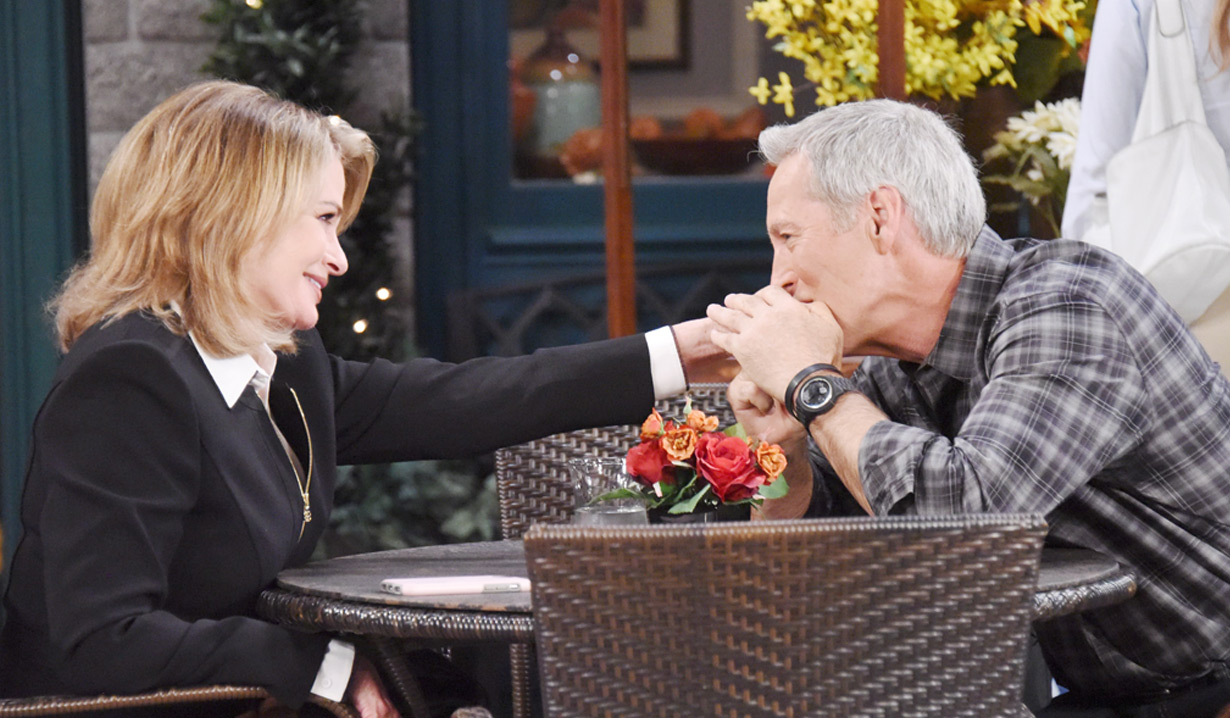 Days of our Lives head writer Ron Carlivati spoke with Soap Opera Digest about John and Marlena’s nuptials, which begin next week. The occasion also marks the return of Alison Sweeney as Sami Brady and the debut of Stacy Haiduk as Susan Banks, as previously reported by Soaps.com. Carlivati, who joined as the shows head writer in June of 2017, was stunned to learn John and Marlena were not married. He didn’t want their marriage to be sidelined with the onslaught of other weddings occurring, such as Paul and Sonny’s, Chad and Abigail’s and Hope and Rafe’s engagement. So he waited for the right moment. “We ended up taking our time because you want to make an event; you don’t want to just throw it on the screen. We’ve been building to it for a while,” said Carlivati. The couple’s original anniversary, back when John thought he was Roman Brady, was August 22, 1986, which is why Carlivati decided to have them marry this week.

More: A look at John and Marlena’s past vows

The eventful week begins with Susan returning to Salem to crash Marlena’s bachelorette party. Claire also surprises Marlena by arranging for Belle to return for the wedding, but Carrie is unable to make it, while Sami remains MIA. At the bachelorette party, Susan reads everyone’s tarot cards, setting the stage for something ominous to come. John’s bachelor party is just as eventful, with John receiving a black eye after he’s hit in the face with a baseball. But the morning of the wedding is when things start to hit the fan. Susan reveals to Marlena that in the hospital after her mental breakdown she received a visit from Kristen, who is alive, though Marlena believes Susan’s state caused her mind to play tricks on her. Carlivati teases about the wedding, “I have to say that it is very likely possible that Kristen might make an appearance. She is out there and she will be addressed at this wedding.”

As the wedding begins Sami, who claimed she couldn’t come to the wedding, bursts in on the ceremony brandishing a gun to stop the wedding. She is clearly is not in her right mind. Sami begins to spout nonsense such as, “I’m going to find her, I’m not going to let her do this.” Carlivati states that’s when everything goes wrong. “We wanted to give the audience everything, so there will be total chaos at this wedding and all hell will break loose.” It’s not just going to be drama for John and Marlena, the issues with Steve and Kayla, Jennifer and Eric, and Sonny and Will will all come to a head, along with what is to come for Susan, Sami and Kristen. The wedding will contain what Days’ fans want to see according to Carlivati, which includes, “over-the-top elements, funny elements, heartfelt elements, romance, danger, action, adventure – all of that is happening!”

Threats and Sabotage in Soaps...