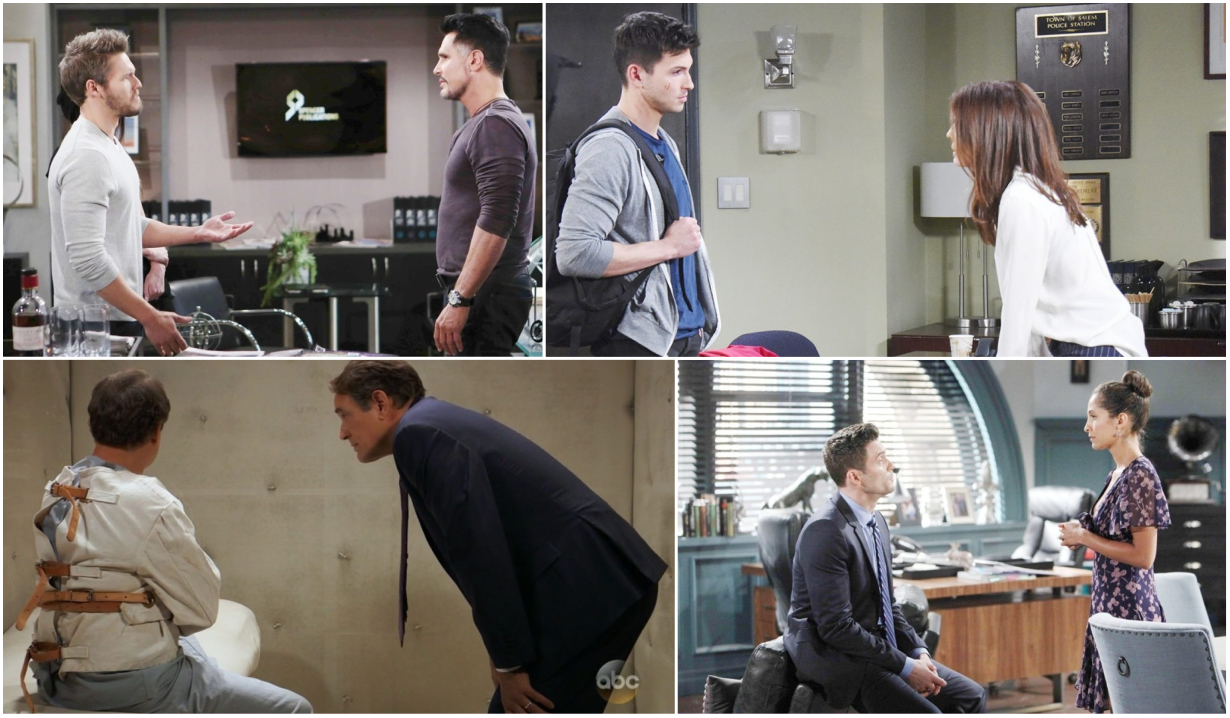 Delusions, blackmail, and sabotage – just another week in the soaps!

Soaps.com is back for another week of highlights from the stories on last week’s Bold and the Beautiful, Days of our Lives, General Hospital and Young and the Restless episodes.

First on “The Bold and the Beautiful,” Liam gave Hope a proper proposal and ring. Later, delusional Dollar Bill hoped one day Liam would forgive him, and knowing Liam, he probably will. Emma tried to have Zoe fired at Forrester, which only made her look bad to everyone, including Xander. And Xander and Zoe grew closer after they lost their pet cat Harry – and shared a kiss. Coming up: Taylor returns for Hope and Liam’s wedding.

Over on “Days of our Lives,” Will and Sonny learned Ted was blackmailing them over Leo’s death. Under hypnosis, Ben remembered he didn’t set fire to the cabin, and Salem’s police commissioner, Hope, agreed to close his case if he left town. It doesn’t seem at all legal! Chad couldn’t deal with Abby having Stefan’s child and walked out on her. Gabi decided to have a sleepover with Ari at Sonny’s after Chad happened to move in there. And Sami stunned Marlena when she called and said she couldn’t come to the wedding. Coming up: Ciara invites Ben to move into the loft.

And on “General Hospital,” Nelle was shipped off to await trial and Carly exonerated for pushing her down the steps. Kiki and Dr. Bensch’s trial took a turn for the worse when Ava learned Kiki had sex with Griffin, and she used it to sabotage her daughter’s sexual harassment case. Anna and Finn were reunited in captivity, and discovered Finn was needed to treat a sick patient for the kidnappers. And Kevin visited the mystery patient in Ferncliff, who turned out to be his evil twin Ryan back from the dead. Or is it the other way around? Coming up: Kiki is on edge at the trial.

Finally, on “The Young and the Restless,” Billy revealed his plan to open thirty boutiques he called Jaboutique, and Ashley went to Jack to try and stop it. Summer suspected Jack was the man Phyllis cheated with and was later shot down by Billy when she planted a kiss on him. Lily gave a statement to the police about Hilary’s accident, but it wasn’t enough for Devon, who fired her from Hamilton-Winters and planned to make sure she went to prison and got the maximum sentence. Coming up: Cane plans to leave the country with his family.