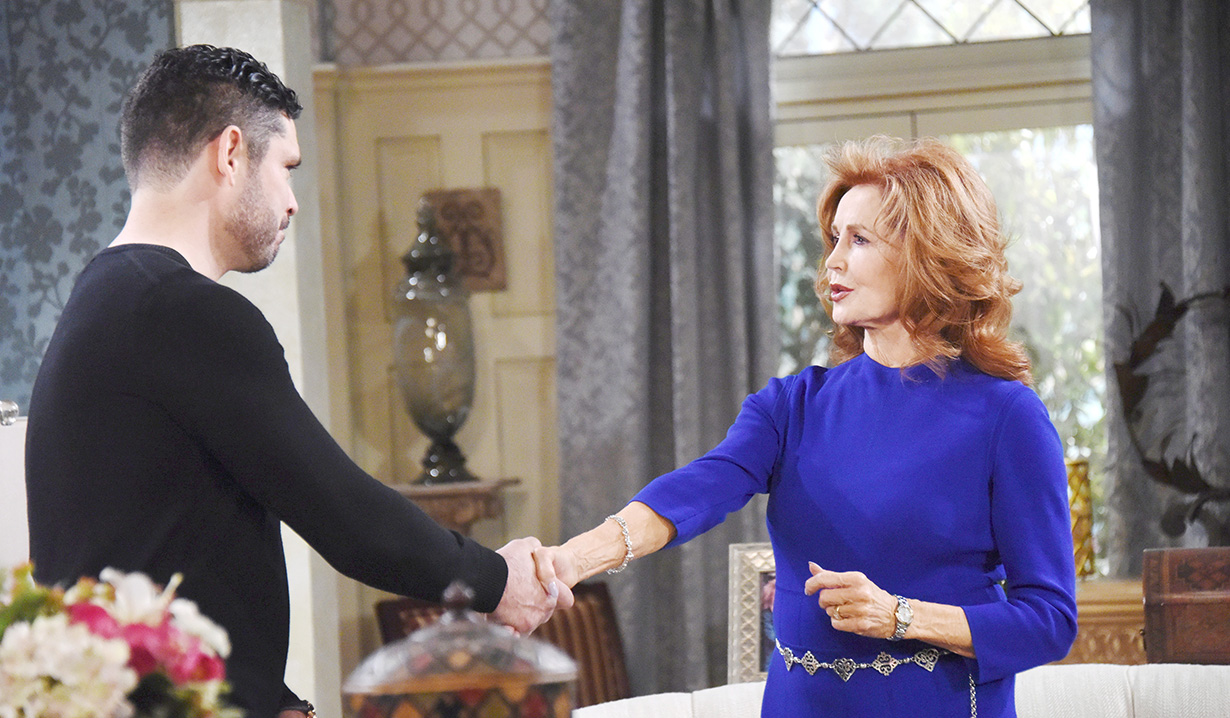 The newest auditions and roles cast on Days.

Days of our Lives is casting for smaller roles on the NBC soap for the next six months, considering the show tapes that far in advance. You’ll find some roles are for one day while others are recurring.

Jorge Rodriguez took a role on Days as Arturo in scenes with Maggie (Suzanne Rogers) and Victor (John Aniston) on Friday July 27, where Arturo receives a payoff.

Court is in session

Updated June 26: Gwen McGee is back to Days as Judge Duncan. This time she’ll be presiding over Brady (Eric Martsolf) and Theresa’s (Jen Lilley) custody case on July 4 until July 16.

Back in role as waitress

Spaps.com has learned that Zoë Taylor-Crane will be seen returning to Days of our Lives in a role as a waitress. Likely she’ll be seen either at Mandalay cafe, The Brady’s Pub, or Doug’s Place. The actress posted on her Instagram, “Back at it! #DaysOfOurLives #DOOL #ImNotAWaitressIJustPlayOneOnTV” Crane has also been seen on soaps such as All My Children and CBS’ Young and the Restless.

Days of our Lives is looking for a gorgeous actress to play a recurring role of a character named Sofia. Must be in your 20s. Taping begins late June or early July, which means the actress will debut at the end of this year.

Days of our Lives is looking to fill the role of newborn babies, single or twins Caucasian, fair skinned and light hair. They should not weigh more than 8 lbs. It looks as though Chloe Teperman either took this role or has another as a newborn. No word yet on the role the baby will be playing, though she could be Sami Brady’s child with Rafe, if we believe the newest Days of our Lives rumors are true. Teperman’s first tape date was Wednesday May 23, which means we should see her onscreen in November. This coincides with when Sami (Ali Sweeney) returns. Soaps.com will update when the information becomes available.

Herbert Russell will be seen July 12 and again July 23 on Days of our Lives in scenes with JJ (Casey Moss) and Theresa (Jen Lilley), then with Jennifer Horton (Melissa Reeves) as a social worker from Child Protective Services. He recently had a role on General Hospital as a cleaning person.