Days of our Lives Rumor Digest for June 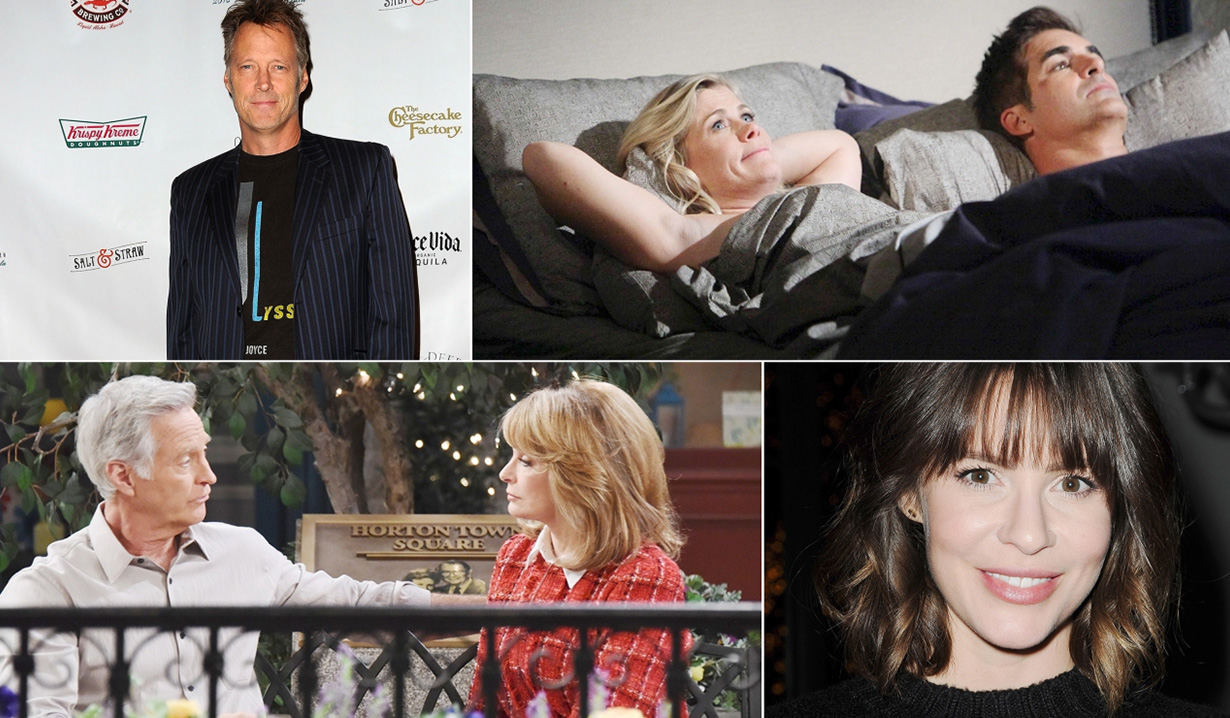 Spilling the tea over what may be to come in Salem.

Talking one possible newbie, a wedding shocker, a new baby and speculation…

Matthew Ashford back at Days

Soaps.com has been hearing talk once again that Matthew Ashford is currently taping another Days of our Lives visit to reprise his role in Salem as Jack Deveraux. With Kate Mansi’s return as Abigail, there’s been speculation that the actor could be returning as a ghost or a vision as he did in August in scenes with Jennifer (Melissa Reeves). While Jack did die in an elevator shaft when it crashed to the bottom, Ron Carlivati could rewrite that and bring the actor back fulltime if he has a story for it and if reports are true, it sounds as though the actor just may return alive and well. If something concrete comes up, Soaps.com will update our readers. Don’t forget, Days tapes five months in advance, so if Jack’s back, we will see him near the end of December.

As everyone knows, Ali Sweeney is returning to Days this fall. The last time Sami Brady was in Salem, she and ex-hubby Rafe Hernandez (Galen Gering) had sex. The date was December 4, 2017, and it looks as though October is the month Sami returns. Could she be toting a baby with her? It seems legit to us, especially since Days hired baby, Chloe Teperman in an unknown role. Not to mention that twice now Rafe’s fatherhood or lack thereof has been discussed, first between JJ and Hope when JJ and Hope discussed Rafe’s dalliance with Sami, saying, “At least it didn’t produce a child,” and then with Rafe showing Eli photos of Johnny DiMera in that old FBI jacket from when Rafe was his step-father. Why bring it unless it’s foreshadowing what’s to come?

A quote from head writer Ron Carlivati at Days of our Lives: “This is not a courthouse wedding, this is not a little wedding in the living room, this is going to be the real deal!”

Everyone knows that John (Drake Hogestyn) and Marlena (Deidre Hall) are remarrying. They’ve already started to discuss planning the wedding on canvas. Though Jarlena fans are swooning at getting another shot at watching these two share some long overdue romance, we’re hearing that the wedding may start off romantic but wind up anything but. We hear that Marlena will be shot at the wedding and wind up spending time in University Hospital in a coma, then wake up paralyzed. Yikes.

More: Bryan Dattilo out at Days

Word has it that Daytime Emmy nominee, Bold and Beautiful’s Linsey Godfrey (ex-Caroline Spencer) was auditioning at NBC studios recently. Soaps.com doesn’t know what role she would be up for, though it seems as though this rumor may have some legitimacy to it considering the former CBS actress is now following Days of our Lives’ official account on Twitter, in addition to Greg Vaughan’s (Eric Brady), (who is following her back) and Kyle Lowder on Instagram. Interestingly enough, she’s also following General Hospital’s executive producer, Frank Valentini. Is it possible that Godfrey is being courted by both soap operas? Or is she now taping at NBC in a role that would require her to work with Greg Vaughan and Kyle Lowder with his new role? Perhaps Eric’s main squeeze Jennifer has some competition, or she’s with whatever character Lowder’s playing!

This is an old rumor that doesn’t seem to want to die. Fans can’t fathom any actor who could fill James Scott’s shoes. He had such a presence and was so handsome. We all watched EJ die, but while his body was lying on a slab at the morgue, his half sister Kristen DiMera injected EJ with what we assumed was Dr. Rolf’s (William Utay) magical bring-them-back-to-life-serum. During Sami’s past returns, she has mentioned searching for EJ and sightings of him in Europe, and the last time we saw Kristen, she outright admitted her brother is alive – to herself. Because of all that, it’d be no great shock if the character returned, but so far, this is just a rumor and there’s no actor attached to it, which could be wishful thinking for those who enjoyed the dastardly DiMera.