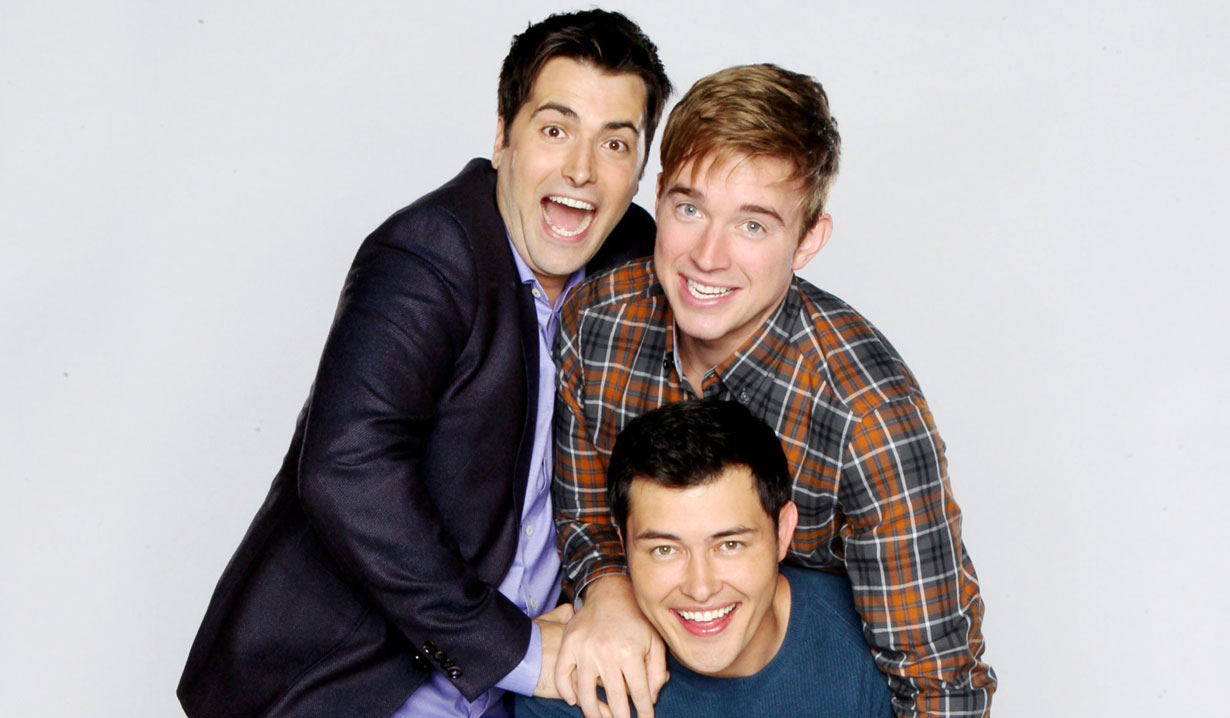 Massey, Sean and Smith on friendship and supercouples.

When Will first returned to Salem, Soaps.com assumed he would eventually reconcile with his husband Sonny. However, the show threw us a curveball by reuniting Will with his former fling, and Sonny’s ex-fiance, Paul. Chandler Massey (Will), Christopher Sean (Paul) and Freddie Smith (Sonny) talked with Soap Opera Digest about their complicated relationships onscreen and their friendships off-screen. Asked about the end of PaulSon, Sean said, “I was very disappointed because I absolutely love working with Freddie.” Noting that Smith is talented as well as attractive – joking that his girlfriend was jealous – he did wonder what was next for the couple should they move forward. Smith meanwhile pointed out the entertainment value in the drama of it all. “Having this triangle is incredible and it’s also fun as an actor to play all of those different levels.”

As for Massey, he had never worked with Sean before, as Guy Wilson was in the role when their characters got together the first time around. He shared that while he was a little nervous, “It turned out better than I could’ve hoped for.” He was especially worried about redeeming his character who had done some “effed-up s,” but with his amnesia, Massey believes it makes Will more empathetic. Of working together, Smith said he felt blessed to be acting opposite both Massey and Sean, who are easy to get along with, which in turn makes the work easier. Sean noted that he and Massey discovered they have many similar interests – including playing Dungeons and Dragons – and feels their friendship translates onscreen.

When it comes to the triangle, Massey and Smith agreed that putting their characters back together right away would have been too easy with no payoff. But whether WilSon is end game or not, Sean likened Will and Sonny to Days supercouples Bo & Hope and John & Marlena, saying, “True love never dies. Will may not have his memory but something deep in his heart knows.” Whatever the outcome, Sean is thrilled to be part of the story.

On the topic of fan reception, Smith is happy to see how far the audience has come since Will and Sonny first started dating in 2011. Pointing to the fact that all variations of the triangle have fans rooting for them, Smith stated, “I think that’s the greatest reward we can get as actors. I think we made a really big step forward in the past seven years.” Sean agreed with Smith, adding, “It’s no longer about gay relationships, now it’s supercouples.” Massey concurred, pointing to the groundbreaking nature of Will and Sonny’s relationship when it began and how now they don’t have to put the term “gay” in front of the word triangle. They are just in one. Sean highlighted another groundbreaking move, that of an Asian-American gay story on TV, which he has never seen. “I really love what they did and I’m just very happy and proud to be a representative as an Asian-American actor.”

Which couple are you rooting? Tell us below!