Bravo Ceases Airing Days of our Lives Repeats From 2011 Onward 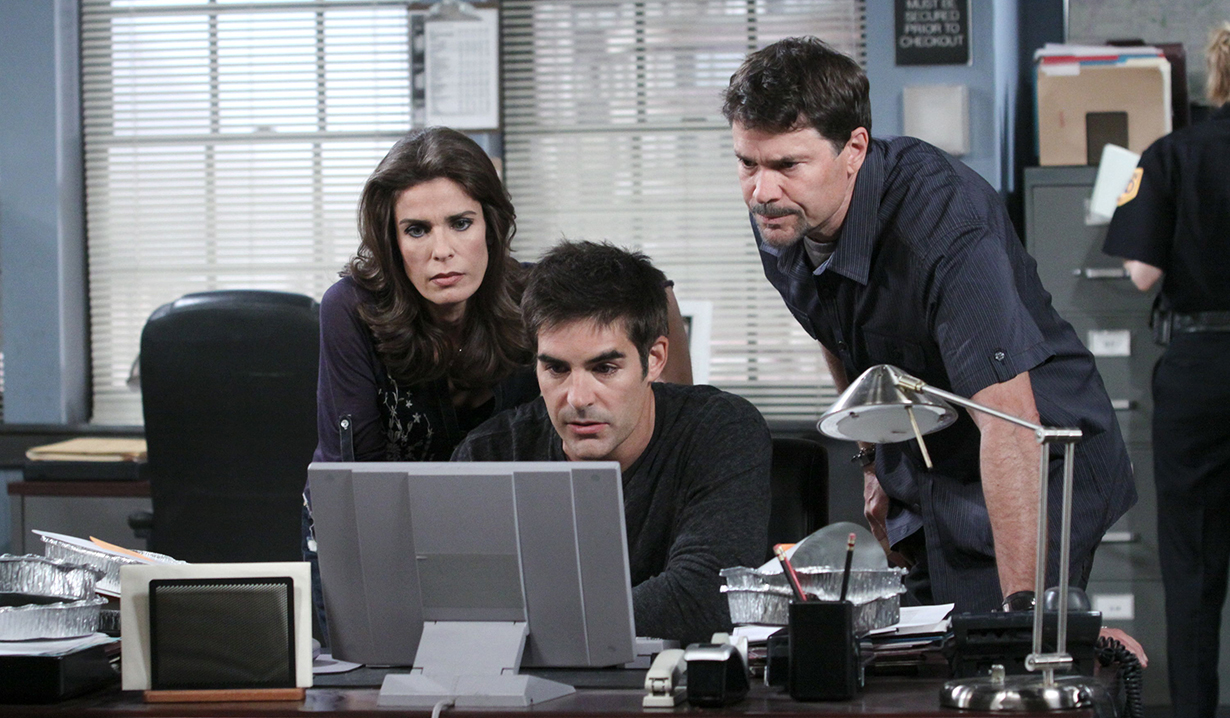 Updated March 19: A mere weeks after Days of our Lives made their debut on Bravo, airing old episodes from 2011, in most markets, this either has already ceased or will do so after Wednesday March 21.

Originally posted March 5: According to Days of our Lives‘ Creative Consultant, Sheri Anderson, Bravo will be airing two episodes of Days daily, from 6:00 AM EST to 8:00 AM EST in USA only, starting on Monday March 5. Soaps.com has learned that the flashbacks begin with the episode dated September 16, titled Pushed to The Edge.

Summarized, Dr. Carly Manning was trying to get over Dr. Daniel Jonas, who had moved on with Jennifer Horton. Carly was checked herself into rehab, where her son Nicholas Alamain visited. Meanwhile, Chloe Lane was in a coma after being hit by Vivian Alamain’s manservant, Gus Pascal. Daniel, Nicole Walker and Brady Black were worried that Chloe wasn’t coming out of it. Word came in that Quinn Hudson, Vivian’s son, could be the one who hit Chloe over the head with a baton. SPD got a tip and found the baton at Quinn’s hotel room at Salem Inn, though it was a set up and Gus had planted it. Nevertheless, Bo, Hope and Rafe arrested Quinn. Lastly, over at Chez Rouge, Stefano DiMera and Kate Roberts shared a dance while Nicole and EJ DiMera enjoyed a sexy Tango. A summary of the Days episodes from 2011 – 2015 can also help refresh one’s memory before starting to view those repeats again.

The last time a soap opera aired repeats was when Super Channel aired Passions repeats back on August 11, 2008 in Canada. At that time, the soap aired from the very beginning. For those who don’t recall, Sheridan Crane, who was friends with Princess Diana, was mourning the loss of her friend, Ethan and Gwen were engaged and enjoying intimacy on the beach, Theresa was obsessed with Ethan and hating on Gwen, and Bennett was refereeing his teenage daughter’s fight… Fans can watch full Passions episodes on YouTube.

Today is a big day in Filmdom with the Oscars, but tomorrow is even bigger for us at ‘Days’. Two episodes of Days of our Lives airing daily on Bravo starting with the shows in 2011. Check your local listings! #Days #Bravo #daysofourlives

Did What If...?'s Killmonger Slay? What Was B99's Best Callback? Who Enjoyed Better Supersex? And More TV Qs!