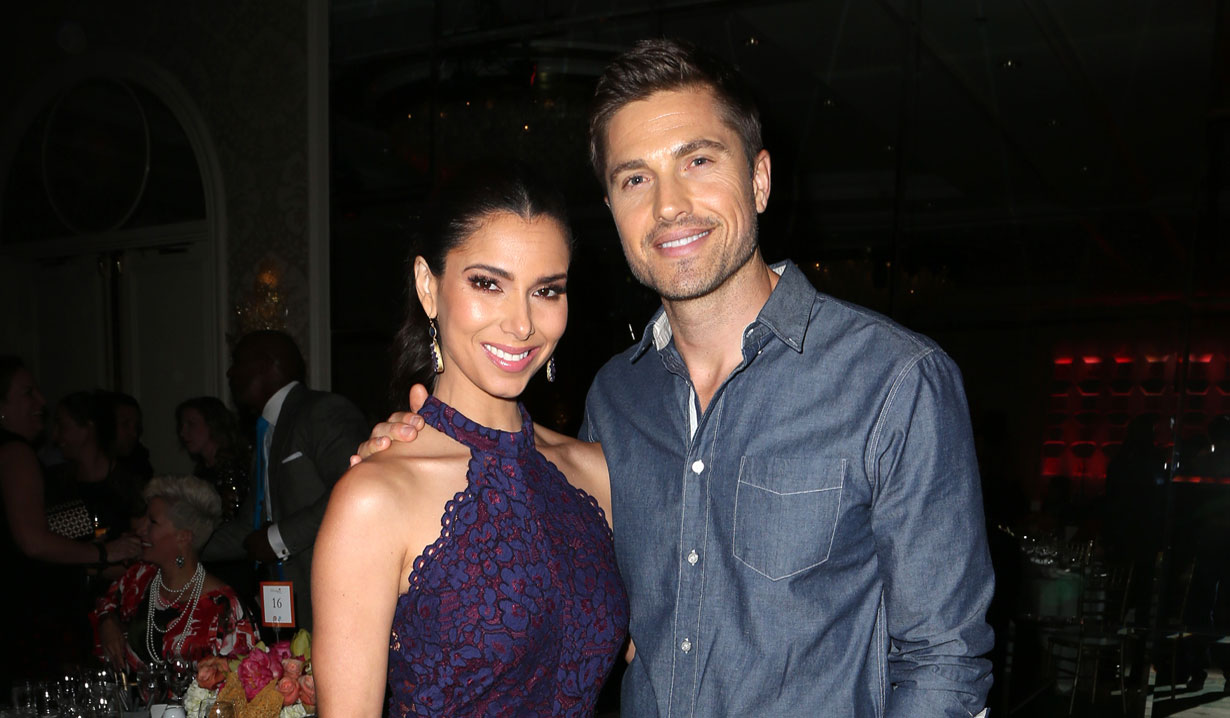 Soaps.com is happy to announce that former “Days of our Lives” actor Eric Winter and his wife actress Roselyn Sanchez (“Devious Maids'” Carmen) recently welcomed a new member to their family. On Friday November 3, Sanchez gave birth to the couple’s second child, a baby boy named Dylan Gabriel. Their new son joins five year old sister Sebella Rose, who was born on January 4, 2012. The proud father took to Instagram to post a sweet photo of him, his wife and their baby’s little hand holding his parent’s fingers. Of the precious moment captured, Winter stated, “That little hand! Flying back home from work tomorrow to hold it again. #myboy#DylanGabrielWinter.”

In an email to People, Sanchez said of her new son, “After many years of dreaming about you, you came into our lives in perfect condition! We are all so happy with your arrival. Your sister Sebella Rose looks at you with indescribable tenderness. Thank you for choosing our family to start your life. We love you.” Of the baby’s middle name, in September, she shared with the magazine, “I would go to church, I made a promise to archangel Gabriel… I would just try to fall into faith as much as I could.” Winter and Sanchez were married on November 29, 2008.

“Days of our Lives” was Winter’s first daytime role, having played Rex Brady from 2002 to 2006. Since then he’s appeared in numerous primetime and film roles and will be seen as Ben White, alongside Jodie Sweetin (“Fuller House”) in the upcoming Hallmark Christmas movie “Finding Santa” on Friday November 24 at 8:00 PM and on ABC’s “The Good Doctor” in the recurring role of Dr. Matt Coyle on Mondays at 10:00 PM.

Soaps.com sends Winter and his family our congrats!

That little hand! Flying back home from work tomorrow to hold it again. #myboy #DylanGabrielWinter

GRACiAS… Thank you to my beautiful friends for the love! Baby boy is perfect… estamos felices… #diosesfiel?