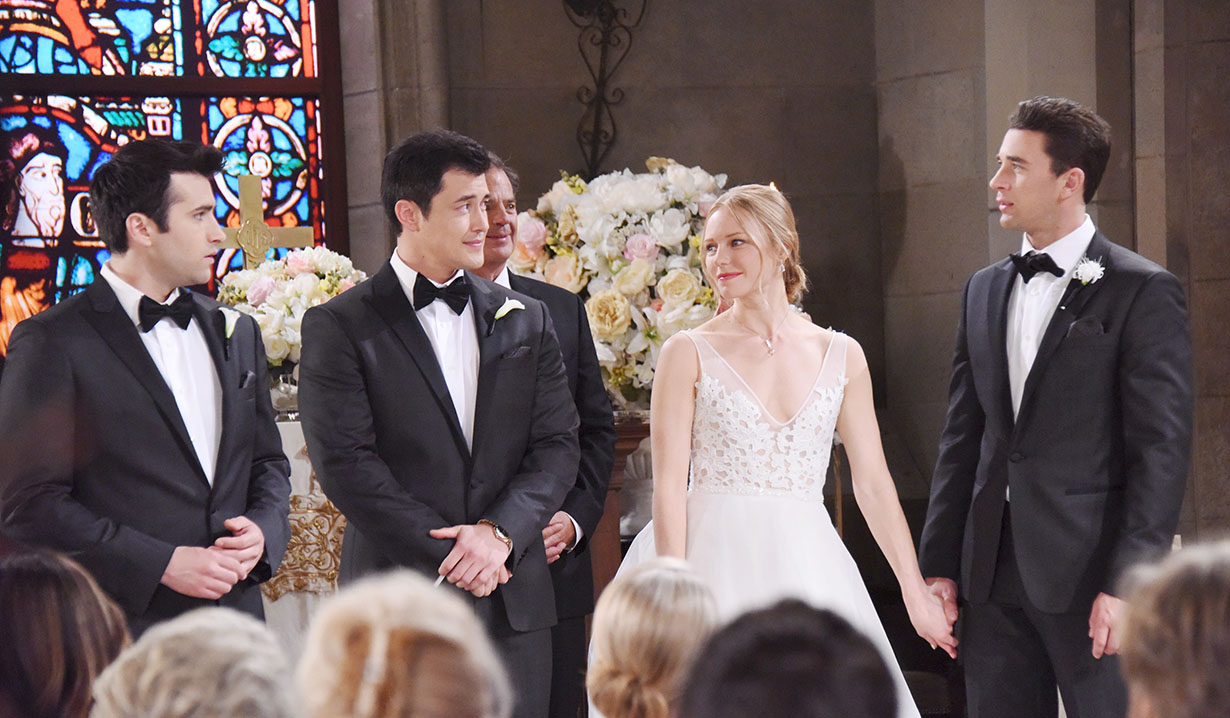 Sonny and Paul’s wedding brings no shortage of drama to Salemites.

The “Days of our Lives” double wedding begins Friday, September 29. And it’s been a long road for Paul Narita (Christopher Sean) and Sonny Kiriakis (Freddie Smith), who have had to overcome Paul being in the closet, lingering survivor’s’ guilt over the death of Sonny’s husband Will, and a slew of other soapy obstacles. Soaps.com had a chance to briefly chat with Billy Flynn about Chabby’s romance, and Freddie Smith and Christopher Sean about their characters’ upcoming nuptials, which we know are going to be the talk of Salem for years to come…

Sonny has already experienced one walk down the aisle, but for Paul, this is a first. So what does this wedding mean to them? Smith mused, “I mean, it’s huge for Paul. This is his very first wedding, his first and only … For Sonny, it’s a huge step forward because it shows that he’s officially able to move on from Will … It’s a huge stepping stone in their relationship.”

A stepping stone that was helped along by a much-needed conversation during their Pre-Cana course at St. Luke’s about Sonny’s feelings about his deceased husband, Will, paving the way for a romantic wedding day. While Sean relayed that this storyline is one of his top acting experiences due to the range of emotions he was able to display and it being the culmination of Paul’s journey with Sonny, they couldn’t talk about Chandler Massey’s return to “Days.” However, as we know rumors of Will being alive is what brings Sami back to town, it’s safe to say Will isn’t done being an issue in their lives. It is a soap after all, and just the beginning.

Despite not getting into specifics about Will, Sean did share his appreciation of being able to represent the LBGTQ community by portraying the love and affection of a gay couple on TV. Freddie chimed in to call Paul and Sonny a “strong power couple.”

As for their wedding day, Sean jokingly warned that, “All Hell breaks loose,” while Freddie offered, “Someone crashing a wedding is probably ahead of it raining at an outdoor wedding of the worst thing that can happen … And it doesn’t rain, but someone does crash it.”

Looking ahead for Sonny and Paul, Smith teased the couple is, “Going to find out if they’re meant to be.”

Watch an exclusive sneak peek of Sonny and Paul’s wedding and stay tuned to the show the next few days to find out if Sonny and Paul are in it for the long haul or if their marriage is over before it even starts.