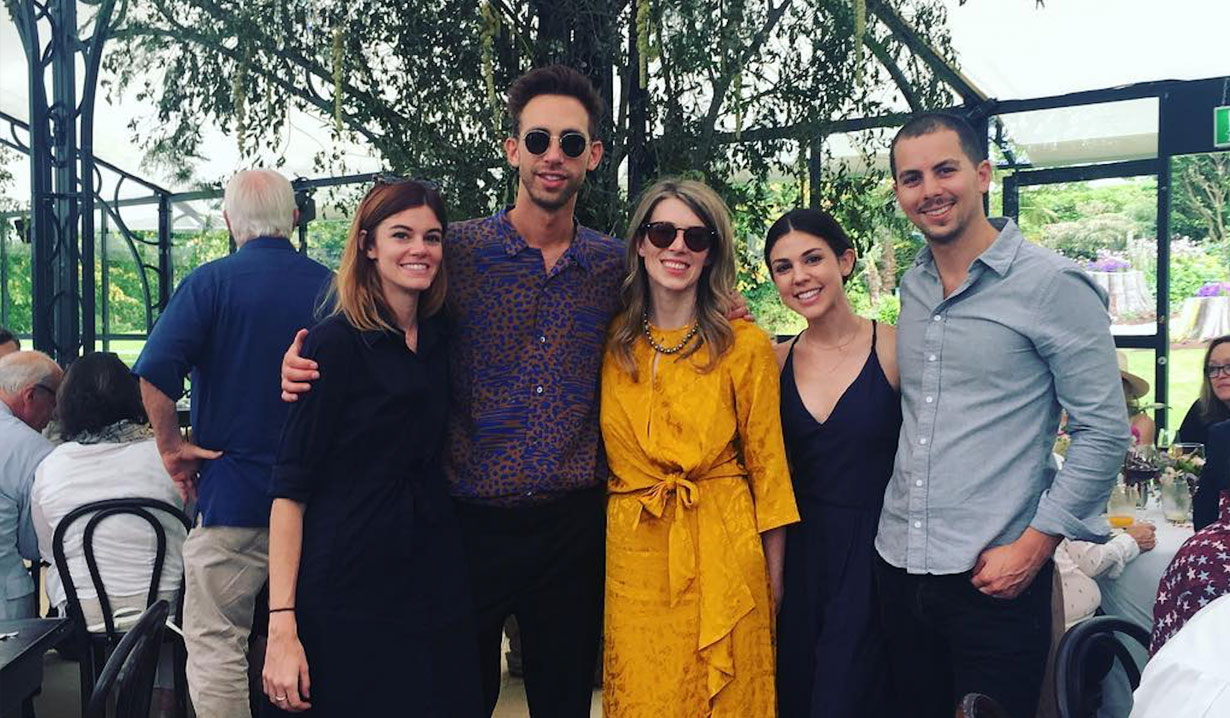 Soaps.com sends congratulations to “Days of our Lives'” Blake Berris (Nick Fallon), who on August 26 married writer and director Alexandra McGuinness. McGuinness is the daughter of Kathy McGuinness, a writer and director, and Paul McGuinness, the former manager of the band U2. Both Bono and The Edge from the group attended the wedding. Bono had turned down performing Ireland’s national anthem for Conor McGregor at the Mayweather and McGregor fight over the weekend to attend the ceremony. Also in attendance were Berris’ former “Days” co-stars Rachel Melvin (Chelsea Brady) and Kate Mansi (Abigail Deveraux). The couple was wed at Killiskey Parish Church in Nun’s Cross, near Ashford, Co. Wicklow Ireland, which is near the bride’s family’s home. Mansi and others shared photos of the wedding and Ireland on Instagram.

Alexandra McGuiness is currently directing the film “Highway,” which she also wrote. Her husband Berris stars in it alongside Lucy Fry (“The Darkness”), Josh Hartnett (“Penny Dreadful”) and Eiza Gonzalez (“Baby Driver”). The film is about a small town waitress Heidi (Fry) whose best friend Jane (Gonzalez) goes missing at a rodeo she was working at after meeting a man (Hartnett). Heidi goes on a search across the desert, digging up secrets and encountering the violence of life on the road.

Berris played Nick Fallon on “Days” from 2006 until 2009, when his character was sent to jail for the murder of Trent Robbins. Blake Berris returned to Days of our Lives in 2012, when his character was released from prison. However Nick Fallon was killed by Gabi Hernandez in 2014, and he exited the show. Since Blake Berris has guest starred on Supergirl and also “Pretty Little Liars.”

Unforgettable- in every way. The wedding and the couple. ❤️

A nightclub in a tent!!