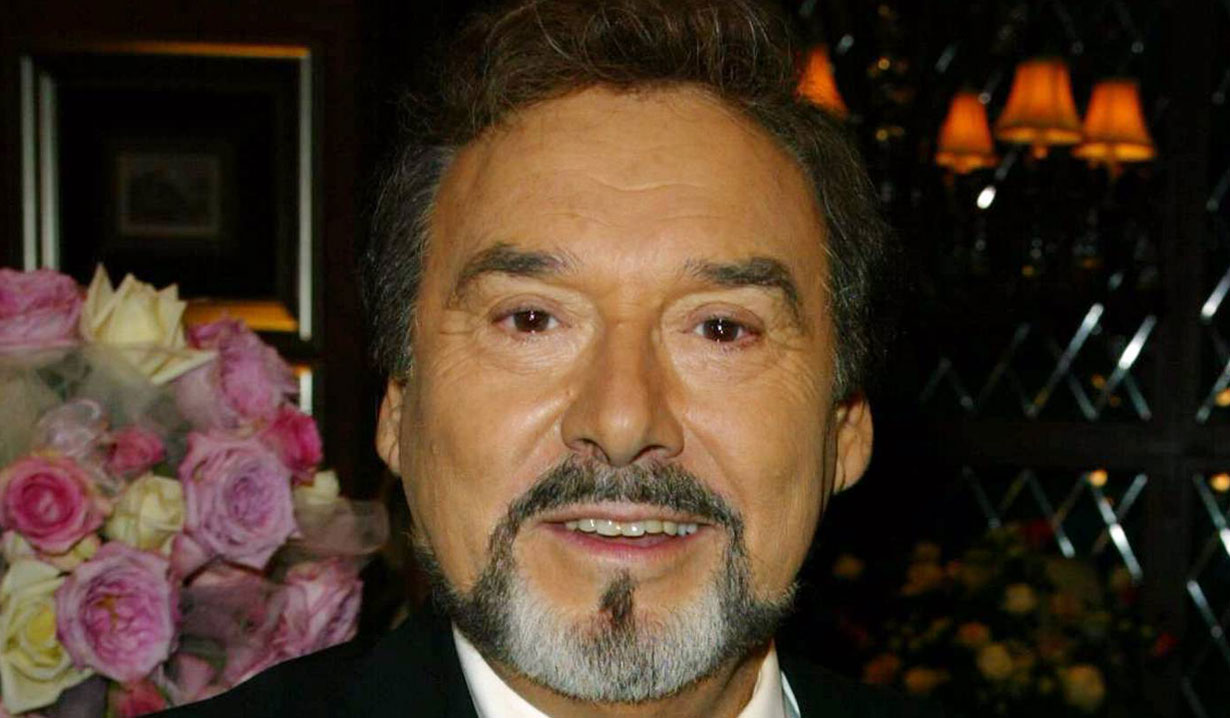 Friday December 9, Soaps.com reported that “Days of our Lives” lost legendary actor Joseph Mascolo, who passed away at 87 last week. Mascolo is best known for playing Stefano DiMera on the soap on and off for eighteen years over the course of thirty two years. As Stefano, Mascolo cheated death more times than most other villains on daytime, earning him the nickname “The Phoenix.” He also fathered numerous children, most of whom he didn’t know about until they were adults, and was a loving grandfather. In addition to playing Stefano, Mascolo was a veteran of the theater, Broadway and film, starring in a production of “Bravo Caruso!” and the major feature film “Jaws II.”

News of his death quickly spread over social media, even causing #StefanoDiMera to trend on Twitter at one point. His fellow “Days” actors, past and present, paid homage to him on various forms of social media over the weekend in the wake of his passing. Deidre Hall (Marlena Evans Brady) and Drake Hogestyn (John Black), his main nemeses on the show over the years, both shared heartfelt goodbyes. His on-screen sons Thaao Penghlis (Tony/Andre DiMera), James Scott (EJ DiMera) and Billy Flynn (Chad DiMera) all shared a goodbye to their Salem father, who was also a mentor and friend. Even some of his past children, including Casey Deidrick (ex-Chad DiMera), Eileen Davidson (Kristen DiMera) and Miranda Wilson (Megan Hathaway) bid Mascolo farewell.

View a collection of photos and memories the cast shared of Joseph Mascolo on social media below.

My luv goes out 2 Joe&his fam. He was an incredible mentor. His portrayal of Stephano was like no other& I will miss how he made me laugh.

My lovely Joe. How life parallel’s itself. So happy that I shared ur last days as my Dad just as we did in the beginning 35 years ago God B. pic.twitter.com/BSKu1qQ45q

This was lunch. I cooked duck & Joe brought the champagne. In celebration of my years with Daddy & to all of you who felt his difference.

Sorry this was the lunch for daddy. pic.twitter.com/AJpA3tPgFL

It won’t be the same. pic.twitter.com/hye14X5H1V

Rest in peace my friend. I’m sure U will continue to brighten the lives around U as you did here. Miss U already#JoeMascolo #days pic.twitter.com/T5aXquOBFA

As we all know, a legend has passed. My heart goes out to all those who loved him and his legacy will always live on. #JosephMascolo https://t.co/i8KUtzaoWc

@BENHOGESTYN Thanks kid. You know Joe. My Big Brother & Mentor. Stefano & John were supposed to battle forever. Chess Master and his Pawn. pic.twitter.com/nTJnpTpkxn

RIP Joe. Daytime will miss your beautiful blend of villainy and charm. Thank you for all you gave good sir. #dool pic.twitter.com/xponB7VlkP

So sorry to learn of the passing of Joe Mascolo! Stefano and Doug had many good scenes in years past.

This was one of the most profound/real moments I have ever had, not just as an actor but as a human being. For many personal reasons. But, in this moment I sat at his feet, and as I looked up I saw what every fan saw in him throughout the years. Joe was, and will always be a giant. With a massive heart. Paving a legacy that enriched not only the industry but everyone in it. It was honor to know him for what little time I did. And to his fans…the Phoenix lives on in us. Rest in Peace Sir.

Awww. Stefano Dimera is trending on Twitter. He would be so touched. ? https://t.co/Jh6csbqTYQ

Joe! Whenever I looked into your eyes, whether on set “villain “,or off”friend “there was always a twinkle. You will be missed!!!

So grateful to have been able to work with you Joe. A true legend #ripJosephMascolo https://t.co/55eqHPOs4z

@CaseyDeidrick Daytime will truly never be the same. He was and always will be a legend. Grateful to have seen you two on-screen together! pic.twitter.com/X5kPUZY66Y

Favorite memory of Joe: being scared for my life when I yelled at him in a scene. He came at me, saying don’t raise your voice to me boy

He put Will in his place that day. Complete commitment to his craft and character. Extraordinary man who will be missed.

So sorry to hear of Joe’s passing. He had an enormous presence. It was such a privilege to work alongside such a pro. Thoughts w his family.

So long Joe. I’ll miss you, yet a part of you will always be with me and for that beautiful gift I am so happy and grateful.

Sad news of #JoeMascolo #StefanoDiMera my onscreen father #DaysOfOurLives #DOOL Be at peace dear soul. You are a treasure #GoldenGirl #Megan pic.twitter.com/IRxdCiVRQY

Rest in peace #JoeMascolo . So honored to work on set with you at Days. ✨?