Legendary Days Star, Joseph Mascolo Passes Away at the Age of 87 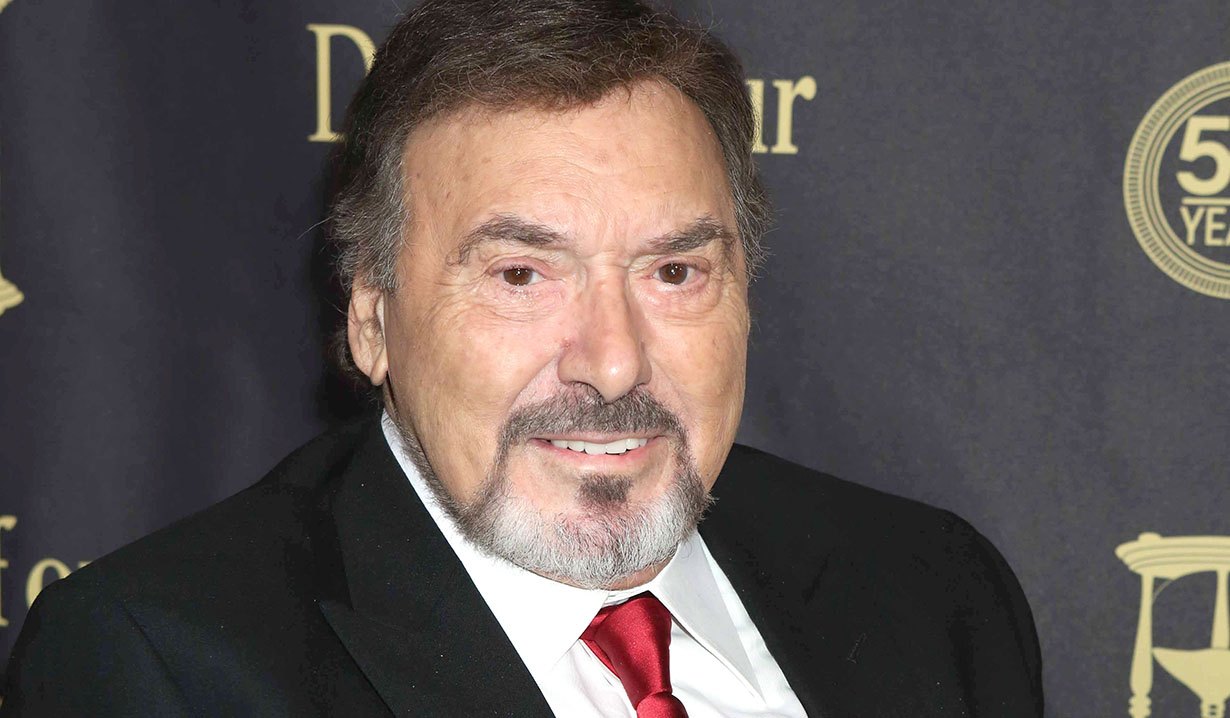 A legend passes, leaving a trail of sadness and gratitude to those lives he has touched.

Forest Lawn Funeral Home paid a video tribute to Joe Mascolo with personal photographs of the actor with his family, friends, along with co-workers.

NBC Publicity press release: Joseph Mascolo, an actor most well-known for his portrayal of the evil villain, Stefano DiMera on NBC’s daytime drama, “Days of our Lives,” passed away on December 8, 2016 at the age of 87. Soaps.com has learned he had battled Alzheimer’s disease for many years. He is survived by his wife, Patricia Schultz-Mascolo, his son Peter, his step-daughter Laura, and his sister, Marie and her husband Ronald LaVoie. He also had five grandchildren, three great-grandchildren, one niece, one nephew, three great nieces, one great nephew and one great-great niece.

“It is with great sorrow that we hear the news of the passing of our dear friend and beloved member of the “Days of our Lives” family, Joseph Mascolo. The smile on Joe’s face is something we’d all come to find comfort in, and he will be sorely missed. His larger than life presence, kind heart, and unwavering positivity has impacted us all for decades, and will live on in the memories of his many fans. Our thoughts and prayers go out to his family during this difficult time.”

Like Stefano, Joseph Mascolo was somewhat of a Phoenix as well. He’s had the good fortune to have been successful in two very competitive fields, first as a musician and then as an actor. Born and raised in West Hartford, Connecticut, Mascolo attended both the University of Miami and West Point Academy. From his early years, Mascolo seemed headed for a brilliant career as a classical musician. Through his teen years he played in various local bands and studied with some of the finest musicians in the country. He earned a scholarship to attend the University of Miami and became a candidate for a Fulbright Scholarship to study orchestral conducting, but there was a snag: His dream was to submerge himself in the study of opera in Italy and the available position was in Germany.

Although he had never considered acting, a drama coach at the University heard his hearty Basso voice, and suggested that he give theatre a try. Ultimately, he passed on the Fulbright and began his path into an acting career. His drama professor recommended him to Stella Adler, who for decades was regarded as America’s foremost acting teacher, and she quickly took him under her wing. Of all the ways an actor supports himself while studying theatre and auditioning in New York City, Mascolo’s way is probably among the most unique. He took a coveted seat as a concert clarinetist with the orchestras of the Metropolitan Opera and Paul Lavalle, thrilled to have the opportunity to enjoy his musical career as he studied for his future career in acting.

His first acting “gig” was in an off-Broadway production of The Threepenny Opera, followed by an appearance in A View from the Bridge, where he succeeded Robert Duvall as Eddie Carbone and joined an ensemble including co-star Jon Voight and assistant director Dustin Hoffman.

His first Broadway venture found him as an understudy to Neville Brand in “Sidney Kingsley’s Night Life.” His actual Broadway debut came in “Dinner at Eight,” mounted by theater legend Tyrone Guthrie. Over the years, Mascolo appeared in numerous theatrical productions, on and off-Broadway as well as at Lincoln Center.

His theatrical roles also included three different productions as Harry Brock in “Born Yesterday” and Mangiacavallo in “The Rose Tattoo” opposite Olympia Dukakis. After a run-in “London’s West End,” Mascolo was back on Broadway starring with Charles Durning and Richard Dysart in the Pulitzer Prize-winning “That Championship Season.” And it was the national tour of that play that brought Mascolo to Los Angeles for the first time where he appeared at the Ahmanson Theatre with Greer Garson.

He remained active in regional theatre appearing with the Hartford Stage Co., Buffalo’s Studio Arena, the Berkshire Theatre Festival, in the musicals “Catch My Soul” and “Little Shop of Horrors,” as well as leading characters in plays by Shakespeare, Shaw, Arthur Miller and Neil Simon, and numerous starring engagements at the Burt Reynolds Theatre in Juniper, FL. One of Mascolo’s greatest memories is his role as Enrico Caruso in the World Premiere of the play “Bravo Caruso!,” which was an opportunity for him to combine his love of opera with his acting career. His feature film debut came in “Diary of a Mad Housewife,” followed by roles in “Sharky’s Machine” and “Heat” with Burt Reynolds, who describes his friend as “one of Hollywood’s best kept secrets.” Other films include “Jaws II,” “Shaft’s Big Score,” and “Yes Giorgio!,” in which he realized a life-long dream as well as the challenge of singing a duet with his friend, renowned opera singer Luciano Pavarotti.

In television, he attracted much attention and a primetime Emmy nomination as Poppa in the NBC mini-series “Poppa and Me.” He made television history on the award-winning series “All in the Family,” as the first person to ever sit in Archie Bunker’s beloved chair, which is now in the Smithsonian Museum. He went on to appear in a wide range of classic shows, from “Kojak,” to “Hill Street Blues” and “Lou Grant” to “It’s Garry Shandling’s Show.” Ironically, his first foray into television was in the role of Domino in the daytime drama “General Hospital.”

But it was his appearance in the made-for-television mini-series The Gangster Chronicles that attracted the attention of Pat Falken-Smith, then head writer for “Days” of our Lives, that took his career in an unexpected new direction. She created the role of Stefano DiMera specifically with him in mind and though he at first turned the role down because he did not want to be tied down to a long-time contract, she was relentless in her desire to have him be her Stefano. Joe became an instant fan favorite and continued as Stefano on “Days” for 18 years, taking time off now and then to do theatre, his first love. He has been nominated for numerous Daytime Emmys, and was awarded two successive Favorite Villain Awards by the editors and readers of Soap Opera Digest.

In 2001 Stefano DiMera said farewell to Salem and Mascolo left “Days of Our Lives” to take a well-deserved vacation and pursue other career options. But very quickly Bradley Bell, Executive Producer of the CBS daytime drama “The Bold and the Beautiful” called and offered to create a role for him on his show. The character of Massimo Marone was created and the history of that show was shaken when viewers found out that Massimo, not Eric Forrester, was the real father of Ridge – a startling revelation which set the course for years of exciting new storyline. He left “The Bold and the Beautiful” in August 2006.

He returned to “Days of Our Lives” in 2006 to resume his iconic role of Stefano DiMera and continued there until Mascolo’s last performance which was taped May 4, 2016, which incidentally will air February 9, 2017. After the actor left the show, Soaps.com put together a tribute to Stefano DiMera from his fans.

Aside from his career, Mascolo had given freely of his time and talents to a wide variety of causes. A street in Ocilla, Georgia was renamed Mascolo Drive in recognition of the efforts he made in helping to build a group home for mentally and emotionally impaired citizens in the remote southeast corner of that state. He was very involved in the fundraising efforts of New Horizons, a non-profit organization in Los Angeles that offers guidance, counseling and careers for adults with developmental disabilities, among numerous other charities that he supported.

Mascolo resided with his wife, Patricia, in the Los Angeles area as well as at their home in Lake Arrowhead, CA. His favorite activities included travelling, gardening, playing tennis, reading and listening to music.

Soaps.com sends our heartfelt sympathy to his family and friends. 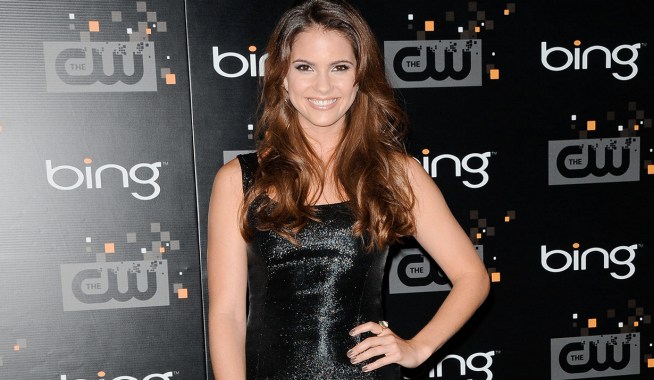 Shelley Hennig returns to Days for a big celebration 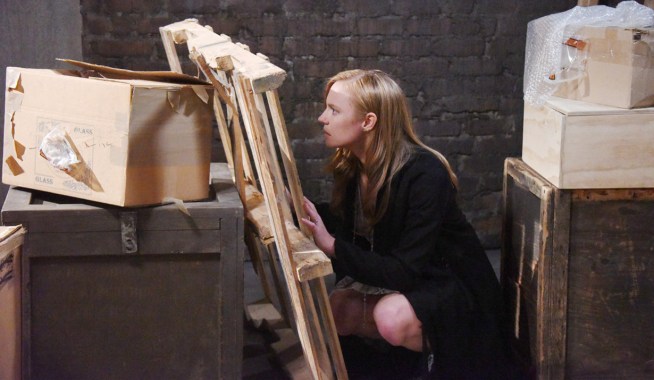