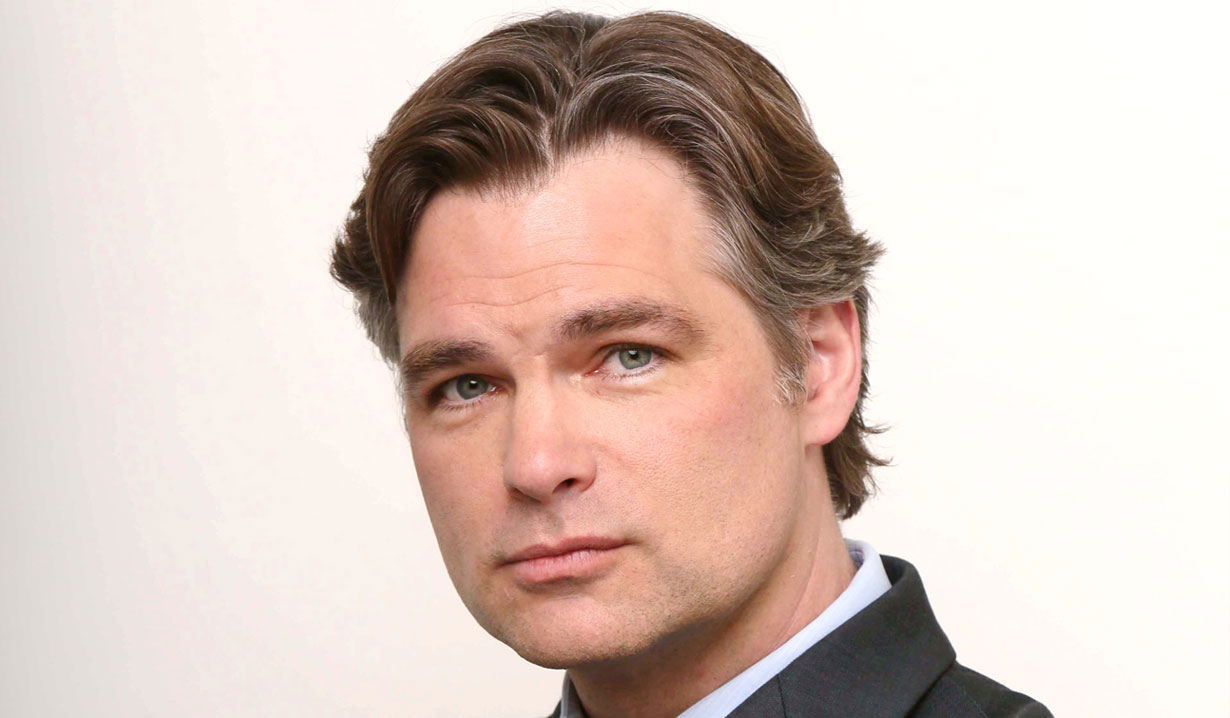 It’s one thing to be bad, but it’s another thing to be a smug arrogant character that just comes and goes.

This week on “Days of our Lives,” Aiden Jennings left Salem for Portland in order to be with his son Chase, as well as allow Rafe and Hope to be together. Daniel Cosgrove (Aiden) took some time to speak with Soaps.com about his character and shared his frustrations over how Aiden turned out, and his wishes for the character.

“When I first came on, I knew I wasn’t coming on in a front burner and hot story and that it was going to be slow, and that was fine,” Cosgrove told Soaps.com. “But my hope was over time they would spread the character out and it would evolve, but it didn’t really happen.” Part of the problem may have been what was going on behind the scenes, as Cosgrove notes, “I was on the show for a little over two years, and I will say there were three and a half different writing regimes.”

Cosgrove had his own idea as to what could have been done differently with Aiden.

“I wish that Aiden would have come on and told John that Bo was dead, and we worked together on that. Or that Bo already died off camera, and he [Aiden] was filling in the blanks for Hope as she hadn’t seen him for awhile, and that I was using it [Bo’s death] to get close to Hope. That would have caused suspicion and questions about ‘who is this guy.'” However, as it was, he felt, “There was no story… there was the galas and the bake sales and nothing to sink your teeth into.”

In a shocking turn, the show decided to kill off Aiden’s character.

However months later he reappeared in Salem. Even Cosgrove himself was shocked to be asked back as he told Soaps.com, “They brought me on, killed me off, then brought Bo on and killed him off, it cleared the way for Rafe and I think that was the plan. So when I was asked to come back to the show, I was totally shocked, because they were saying [at the time] once you’re dead you’re dead. It’s not like they sent me to the Amazon, or prison, they killed me and zipped me up in a body bag. So it was so shocking that they were going to bring me back.”

During his return to the show, Aiden’s character took a darker turn with his obsession over Hope.

When asked if this was something he enjoyed, Cosgrove enthusiastically told us it was. “I love playing obnoxious [Aiden], taking advantage of my new found power, going toe to toe with Rafe. I would loved to have made his life hell.” Unfortunately it wasn’t meant to be, as the character never seemed to play out. “What was frustrating toward the end was how pathetic they made him. It’s one thing to be bad, but it’s another thing to be a smug arrogant character that just comes and goes.” He was also vocal about a storyline that fans overwhelmingly didn’t approve of. “When they had his son rape Ciara, and treating rape like it’s kicking someone in the shin, I don’t get on board with those type of stories unless you are really going to do it, the fallout is what I’m talking about.”

Cosgrove got candid about why he thinks things didn’t work out for Aiden in Salem.

“With everything that is going on there [“Days”] with the politics and the writing, they don’t commit to a story. You can see it with all the characters that come and go. They’ll get something started, but especially when there are writing changes, it just takes a whole different direction. Dena [Higley] had a lot of history with the show, and I think there was a lot she wanted to do, and there wasn’t a lot of room with my character to do that.”

“The second time I came back, the final couple weeks, the morale was pretty low there, the storyline was pretty frustrating to me,” he said in a somewhat somber tone. “I was almost kind of relieved [to have seen Aiden go]. I think that if Dena had kept me around a month longer you would have seen me stomping on kittens, kicking puppies, and carving Aiden loves Hope into the belly of a baby seal.” As for his exit, Cosgrove was proud as to how he handled it. “I played it like something really snapped, cause he was going crazy, and I had to play it like that. I was frustrated at the end because it was so heavy handed. What you don’t see in the final product is what is in the script, and what’s in the parenthesis. I kinda took the liberty at the end to throw some lines in there.” He gave us an example of one of the last lines he ad-libbed during the final confrontation between Aiden and Hope in the hotel. “I said a line that wasn’t written, but it kind of felt like it just spontaneously came out because it was simple, but helped me get through that whole thing [the scene]. I just said to her ‘I don’t know who I am anymore’ because that’s how I felt. I don’t know who this character is, so I just felt he was someone who had completely lost his mind with his infatuation and obsession, that reality was something he was living outside. It was all sincere [that final scene] it was all genuine, when he looked up and wished she could have seen him at another time in his life. That was like the proud rooster, she should have seen me then when I was on top of the world, and now I’m reduced to the pathetic human being.”

There was however one last surprise that Cosgrove didn’t know about.

We asked Cosgrove if he’d ever consider a return to “Days” if asked.

He chuckled and told us, “Never say never, that’s one thing I’ve learned in the biz. But I don’t think there is any room, I think he’s [Aiden’s] played out. I think after the first time around, I don’t think there was anywhere to go with him. I thought when they brought me back the second time around it would be a look-a-like, I didn’t know they were going for the switched-out story. I didn’t want to be crazy for Hope, maybe just taunting her from the side. I wanted to work with other people on the show, other actors, just kind of open up Aiden Jennings. But I was in the way for the story to progress, so they had to kill me. Oh well!”

Dave McCary: 5 Things To Know About Comedian Married To Emma Stone After 3 Years Of Dating

Why Isn’t Evan Rachel Wood’s ‘Once and Again’ Available to Stream?