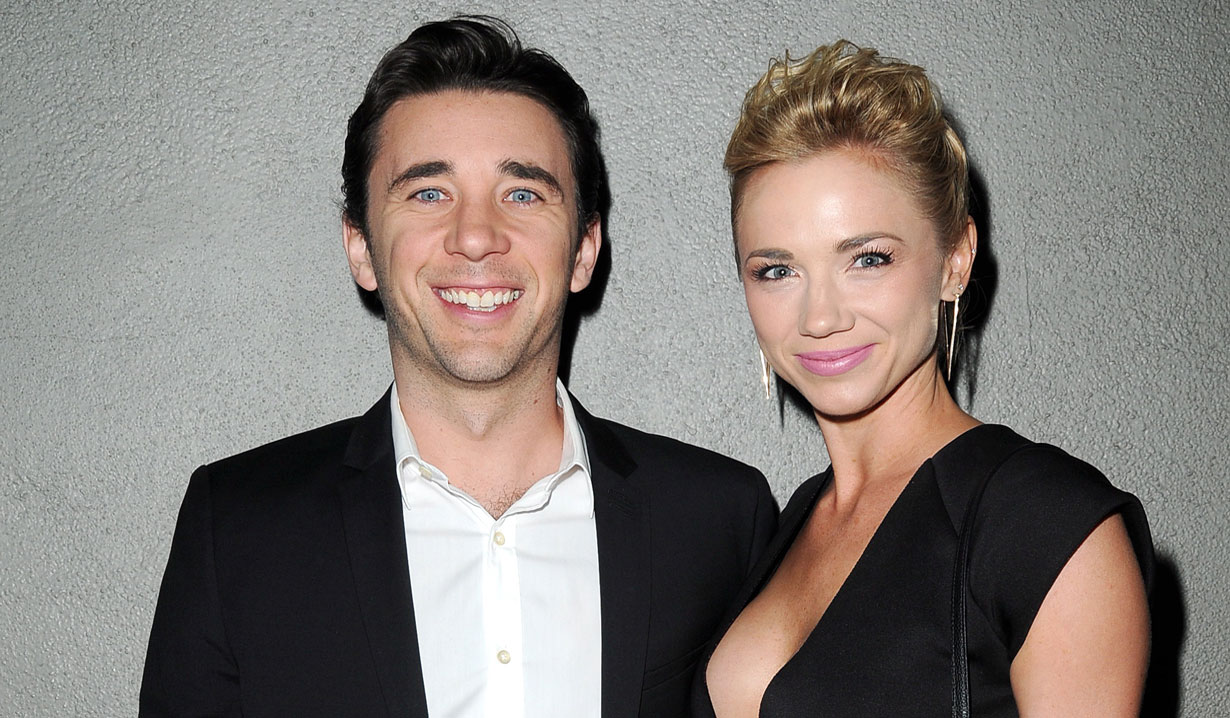 Billy Flynn and his fiancee Gina Comparetto share a love of laughter and their lives.

Congratulations to @billymflynn and Gina Comparetto on their Marriage yesterday! #Days ? pic.twitter.com/5bljCbxzkt

Originally posted September 27:
“Days’” Chabby (Chad and Abigail) love story has been anything but smooth sailing lately, as Abby Deveraux’s loved ones, especially Chad DiMera, mourn her presumed loss. In his two years as Chad DiMera, Flynn has gained a legion of fans. His electric blue eyes, the charm and magnetism he exudes, and his thespian talents have won him a devoted and vocal fan base. Flynn’s moving performance as Chad deals with the rollercoaster stages of grief after losing Abby has only added to his many admirers. In reality, Flynn met his ‘Abby’ in Gina Comparetto. The couple met in 2014 and on May 29 2015 Flynn asked Comparetto to marry him. It looks like and his fiancée Gina Comparetto’s romance is filled with lots of merriment. Part of what bonds these two lovebirds seems to be their senses of humor. As online posts by and about them attest, the actors know how to make each other laugh and laugh at themselves. Their social media presence also lays bare the genuine adoration in the way they gaze and smile at each other. They were even able to work on the same show, though not in the same scenes. Fans may recall Comparetto appearing in scenes with Philip Kiriakis as Lisa, and the two sharing intimate times. Soaps.com congratulates Flynn and Comparetto on their engagement and upcoming nuptials.

All I want for Christmas…is this snow-globe. ??❄️✨?

You know what they say…….Couple that does the mud face thingy together, stays together. #faceupkeepgameonfleek #itshumpdaybetches @ginacomparetto #sorrynotsorry A photo posted by Billy Flynn (@inlikebillyflynn) on Jun 15, 2016 at 5:44pm PDT

Mornings with her…we got that classic kinda love ? #inspiration #paulnewman #joannewoodward ps. Bad news is as of this week #brangelina is out ? good news is as of next week #flynnaretto is in! #marriage #lovehard #weekaway photo cred: Yann Bean

Days of Our Lives Spoiler Video: A...