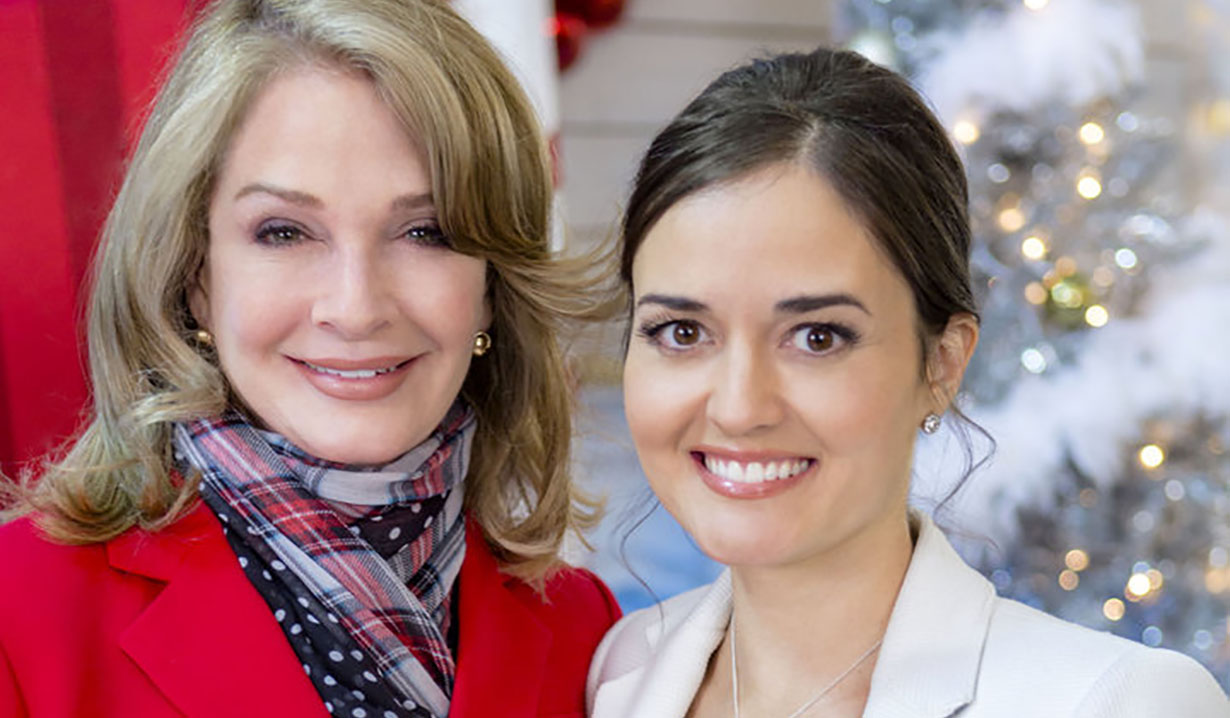 It’s holiday fun for Deidre Hall, who stars in a Christmas special.

According to Hallmark, the manager of McDougal’s flagship department store, Christina Masters (McKellar), has a burning desire to manage the store’s new Paris location, so sets out to impress the store owner (Hall) by creating the best holiday display in McDougal’s history. Since Christina’s out of ideas, she turns to a recently fired store employee, single father and talented artist, Kurt (David Haydn-Jones, “A Cookie Cutter Christmas”) for help. As they work closely together, things get cozy between the two and Christina finds she’s falling for Kurt. She has to decide to follow her dream of moving to Paris or following her heart and staying put… Watch the trailer here on Soaps.com.

Related: The most entertaining guest stars on soaps

The actors from the movie took to social media during taping and promoted the film, excited about the release:

? So honored to have made the #CountdowntoChristmas announcement ? on today’s episode of @HomeandFamilyTV ? with my #PerfectMatch costar and good friend, @iampaulgreene! ? #ChristmasIsComing… 😉 #MyChristmasDream ?

I had so much fun in the recording booth yesterday doing ADR ? for my upcoming @hallmarkchannel movie, “My Christmas Dream”! (I periscoped and did a Facebook live post while I was there, too!) ? Can’t wait for you guys to see the movie this holiday season!! ? #MyChristmasDream ? A photo posted by Danica McKellar (@danicamckellar) on Sep 9, 2016 at 7:47am PDT

An exhausted Nutcracker ballerina and a gorgeous set from a magical, but exhausting night shoot with @danicamckellar pic.twitter.com/FXqPRwxEUs

So was shooting in July so missed, my holiday Xmas in July shout out. A little late gifty from set.. more to come.. pic.twitter.com/E0QPtjJWBz — David Haydn-Jones (@DavidHaydnJones) August 19, 2016

If you want more Hallmark at Christmas, GH’s Jack Wagner’s in When Calls The Heart of Christmas this December.