Who is Dr. Richard ‘Dick’ Baker? 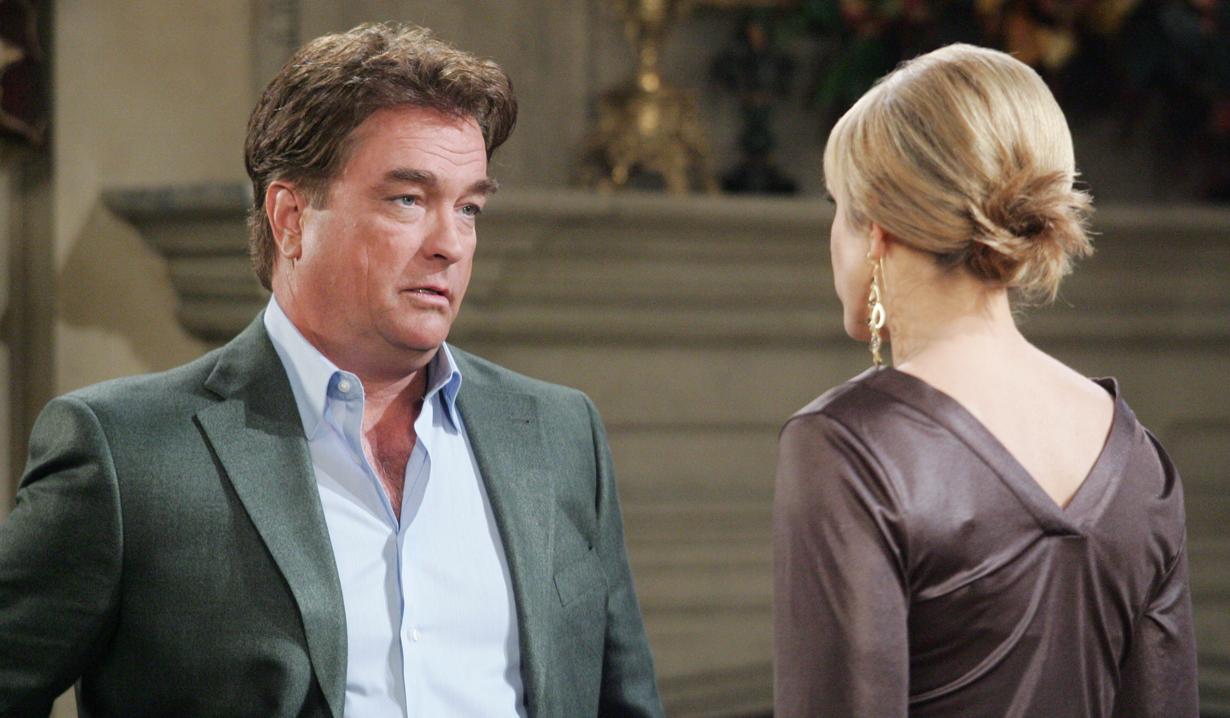 Salem has been full of baby talk recently, what with Chloe Lane pregnant with Deimos Kiriakis’ child, and Deimos wanting a baby with Nicole Walker. This brought to mind Nicole’s past pregnancies and bad luck with babies, and a central player in that history, Dr. Richard ‘Dick’ Baker…

Actor John Callahan, best known for his daytime role as “All My Children’s” Edmund Grey, played Dr. Richard ‘Dick’ Baker on “Days of our Lives” from 2008 – 2009 and returned for another stint in 2010. The character was first introduced when Brady Black took his pregnant friend, Nicole, to the Fairway Urgent Care Clinic in Brookville when she began to hemorrhage. Baker was unable to save the pregnancy and regretfully broke the news to Nicole that due to internal scarring from being shot previously, while she may be able to conceive, it was highly unlikely she would ever carry a baby to term. Devastated, Nicole managed to convince a sympathetic Dr. Baker to keep mum about the miscarriage until she figured out a way to break the news to her love, E.J. DiMera. Later, however, when the doctor realized Nicole was still faking her pregnancy, he threatened to expose the truth. Nicole dug up some dirt on Baker and blackmailed him into remaining quiet. It wasn’t long before Nicole also discovered Dick was a black market baby broker, and she used that information to her advantage. Baker connected her with pregnant teen, Mia McCormick, and Nicole arranged to adopt her child at birth. In a diabolical twist, Nicole arranged for Dr. Baker to deliver Sami Brady’s baby (E.J. was the father), and swap it with Mia’s baby. Happily back in Salem raising E.J.’s baby, Nicole paid Dr. Baker to leave town. When the doctor’s gambling habit prompted him to hit Nicole up for more cash, she went to Stefano, who ordered a hit on him. Baker was found dead in a hotel room, and Nicole’s scheme eventually went awry after Sami’s baby (Mia’s child, Grace) passed away and the truth came out.

In 2010, Dr. Baker resurfaced in Salem. It turned out he had faked his own death to rid himself of his DiMera problem. This time around, Baker hooked up with Hope Brady and joined her sleeping pill-fueled crime spree that involved fleecing rich men. Baker ultimately called 911 on Hope when he realized she had it in her head to kill Bo, and later took the fall for her to spare her from testifying. He has resided in Statesville prison ever since.

Meet some of Days of our Lives...

Retro: Sami blackmailed Lexi to get...