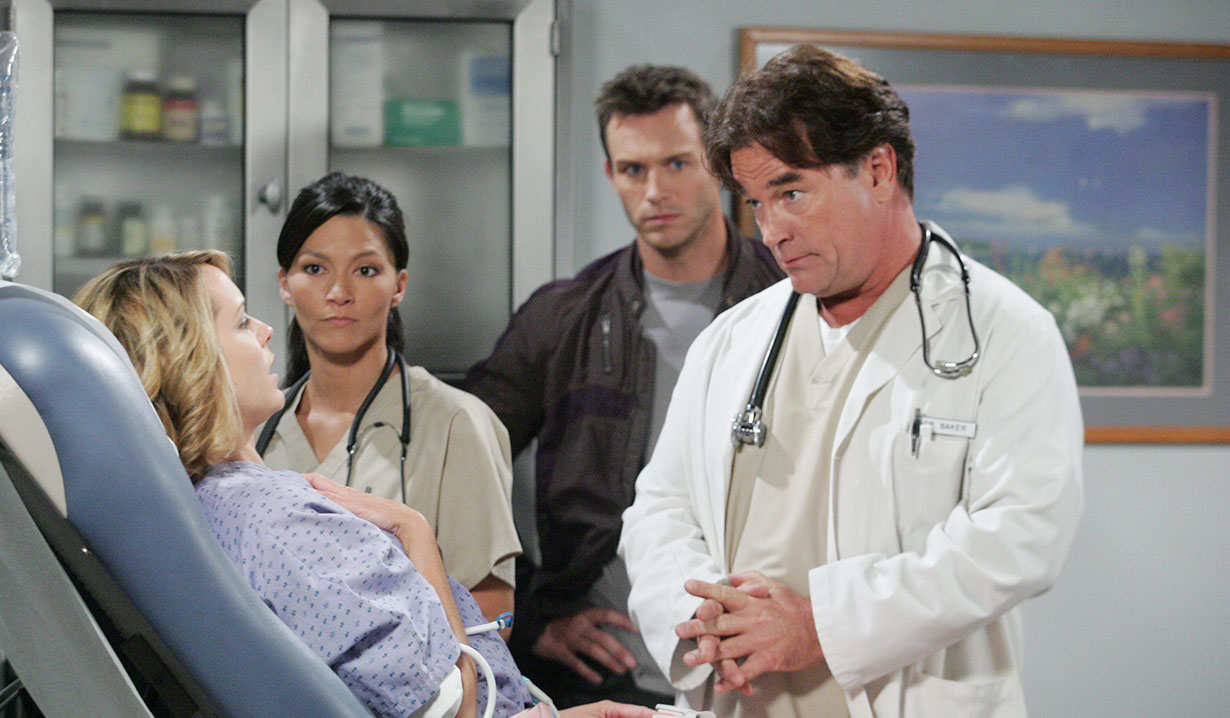 Nicole’s bad luck with having the one thing she wants most – babies.

In a recent interview with Glamour, Days of our Lives’ executive producer, Ken Corday, teased an upcoming baby storyline will involve Nicole Walker: “I’m very excited about the story Nicole will have coming up with Chloe and Deimos and with Brady and another huge return from the past. Again, a big surprise, and a great part of Nicole’s past and life experience in Salem. It’s a baby story, and those seem to work well for us.” When the reporter asked if there was one that will shock the audience most, Corday responded, “Whose baby is it will be a shocker.” This has led to speculation and many theories and overall has had us thinking about Nicole’s past storylines and issues with having that one thing she wants the most – babies.

Nicole Walker and EJ DiMera became stuck in the elevator at Salem Inn, so with nothing else to do, they made love. Figuring she couldn’t become pregnant because of scarring from a shooting years before, they used no protection. She did become pregnant but soon after, started hemorrhaging and Brady Black took her to see shady pediatric specialist, Dr. Richard “Dick” Baker. Though the doctor tried to save Nicole’s baby, she miscarried and Baker thought it was likely she’d never carry a child to full term due to the scarring in her uterus. During those scenes, Nicole recalled holding her child who she had given birth to. While it was thought to have been a dream, viewers speculated that Nicole’s baby survived and Baker stole him or her. 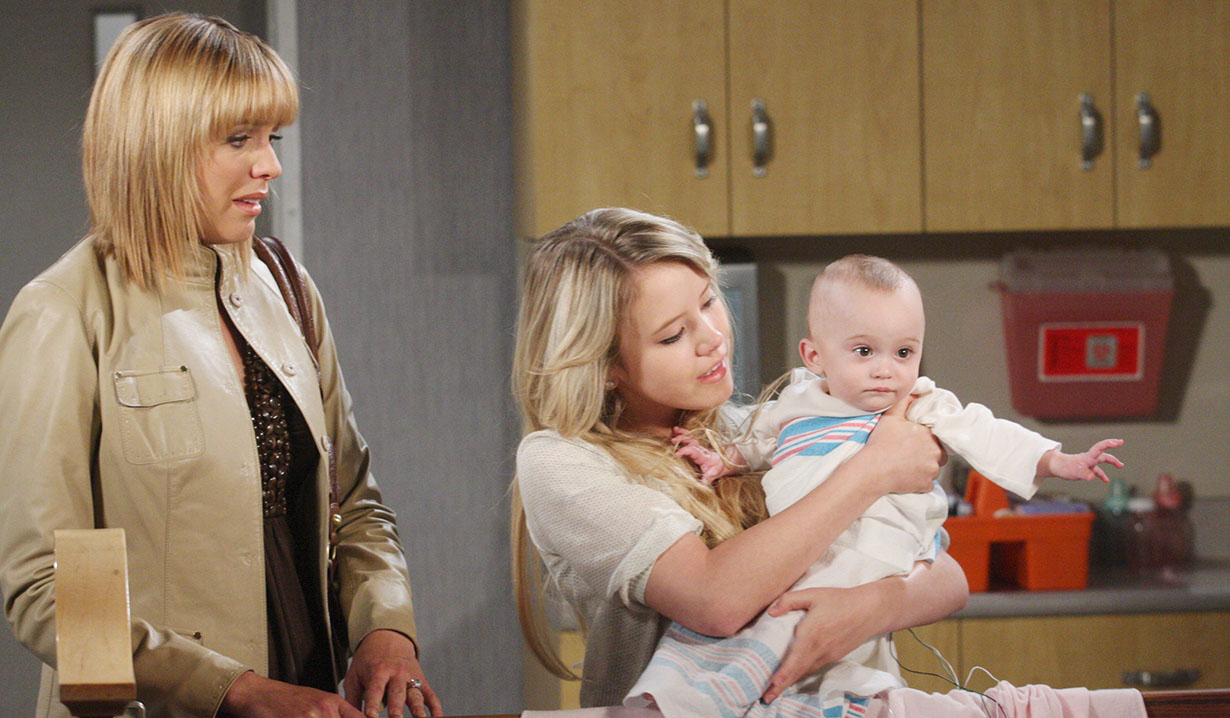 Devastated, she became desperate to hold on to EJ and was driven to buy a pregnancy pad and fake her pregnancy. With nobody the wiser, when she learned Sami Brady was also pregnant – with EJ’s baby no less, Nicole stole baby Sydney, with Dr. Baker’s help, and swapped her with Mia McCormick’s baby, Grace, who later died of bacterial meningitis. When Sami finally learned her baby, Sydney, was alive, Nic kidnapped the child she grew to love, frightened that she’d never see her again. Eventually, she couldn’t take it and gave the child back – or at least tried. But that’s a story for another time…After a time, Nicole wormed her way back into EJ’s good graces and he allowed her to stay in Syd’s life. They fell back in love and sex on the floor in front of the DiMera fireplace produced another pregnancy, one in which she kept secret from EJ. 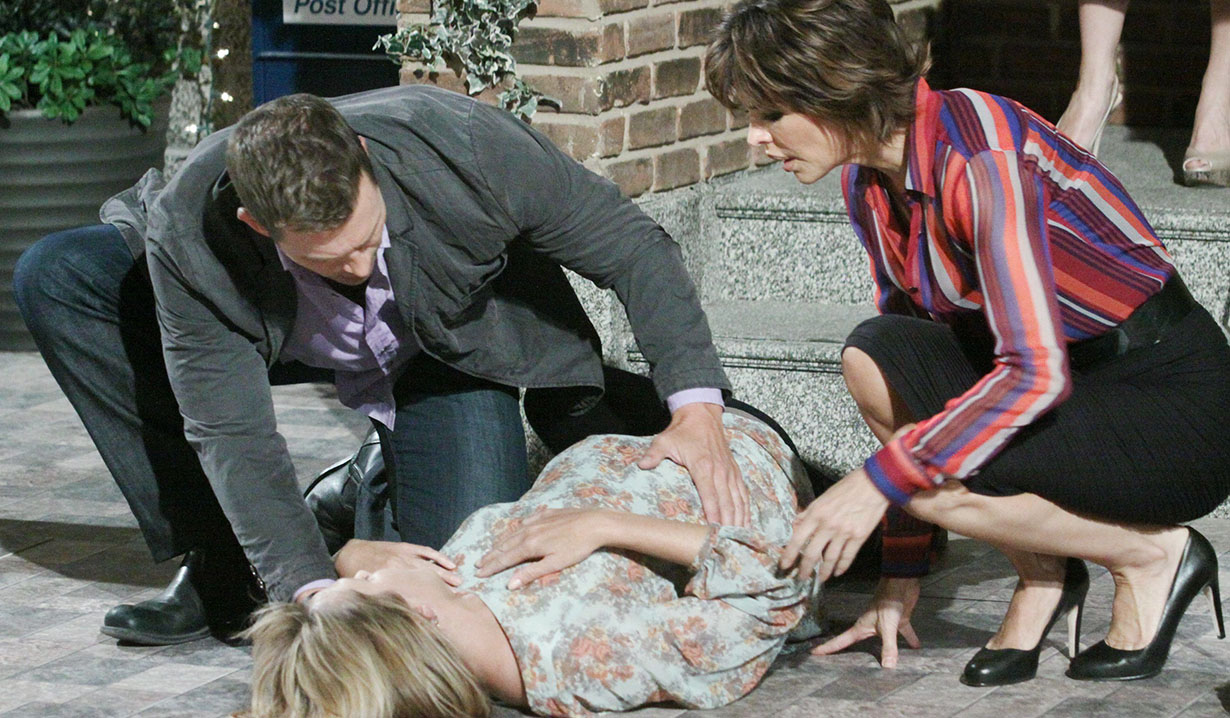 With Dr. Daniel Jonas on Nicole’s side, she faked DNA results, making it appear as though Daniel was her baby daddy. Sadly, during Nicole’s 8th month of pregnancy, she learned that her baby had died. While grieving this loss she encountered Jennifer Horton at the Horton Square. After some arguing, Nicole fell down a flight of stairs and went into labor. She gave birth to her stillborn son and blamed Jennifer. Eventually, Nicole admitted to the lie and moved on best she could and found some solace in playing step-mommy of sorts to Daniel and Chloe’s son, Parker. Many fans still wonder if Nicole really has a child out there from EJ and hope that someday she’ll get to be the mother she longed to be. 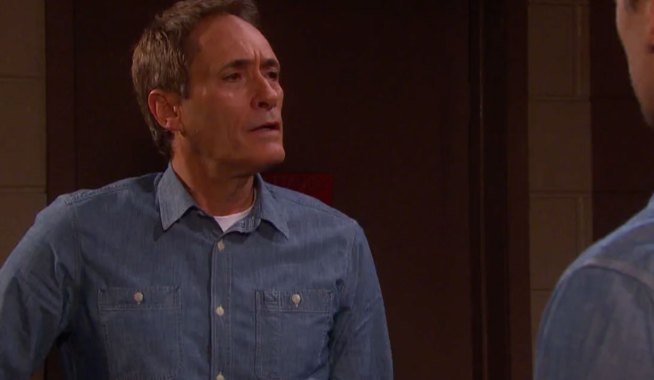 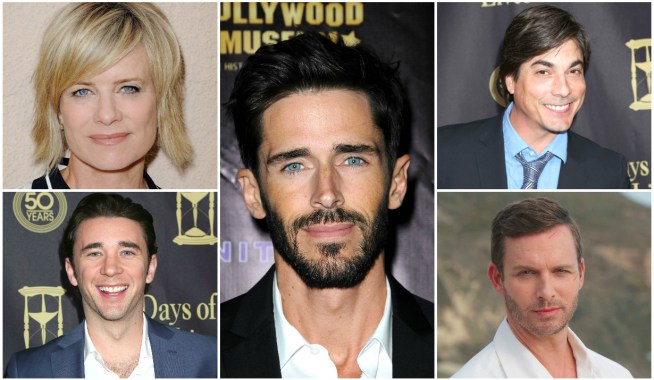