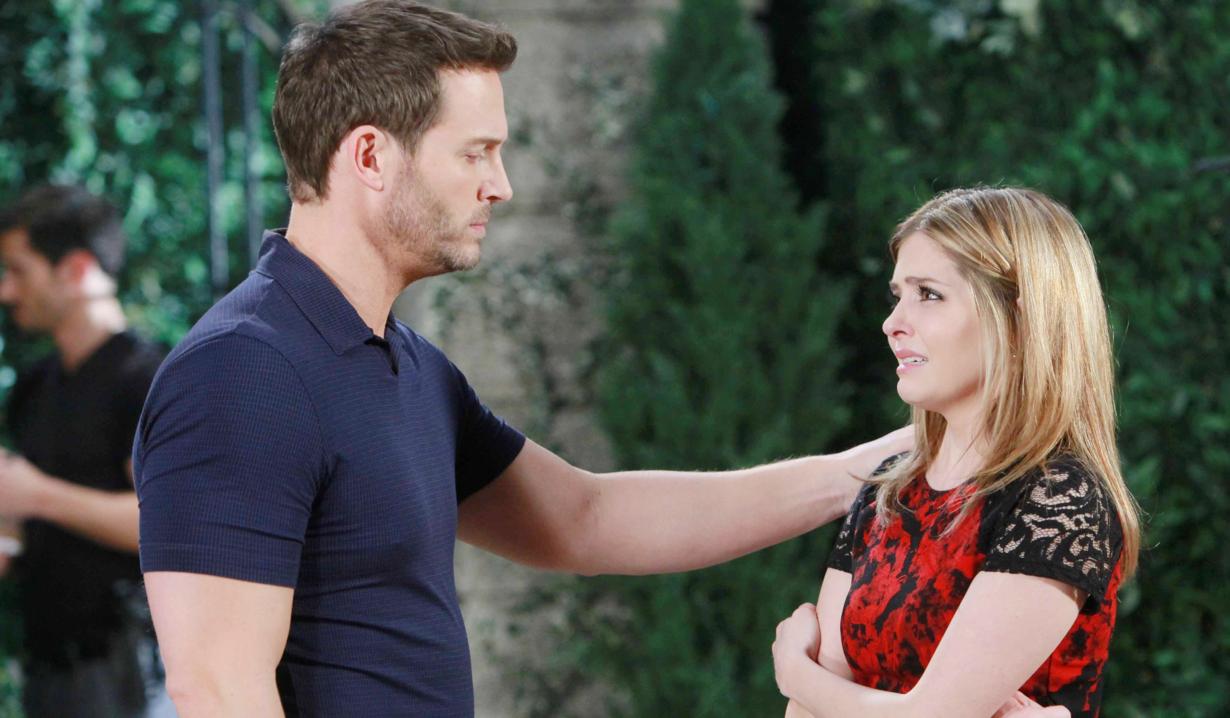 Memories of past Salem babynappings.

Days of our Lives is no stranger to kidnappings – adults and babies. Soaps.com finds it almost a regular occurrence as a soap opera trope.

Sarah Horton (Linsey Godfrey) and Eric Brady (Greg Vaughan) had a baby together. Mackenzie was born after a car accident on the side of the road. Xander Kiriakis (Paul Telfer) helped Sarah give birth to Mackenzie, named after Mickey Horton, her stepfather. What Sarah didn’t know is that when her baby arrived at the hospital, she passed away, and Xander and Victor Kiriakis (John Aniston) took it upon themselves to steal Kristen DiMera (Stacy Haiduk) and Brady Black’s (Eric Martsolf) baby, Rachel and passed her off as Mickey. For the year Sarah had Rachel, she cared for her and supported her when she fell ill with stage 3 neuroblastoma cancer. When it all came out, Sarah couldn’t live without her daughter and cracked. She abducted Mickey/Rachel. She took the baby on the Titan jet to Paris. 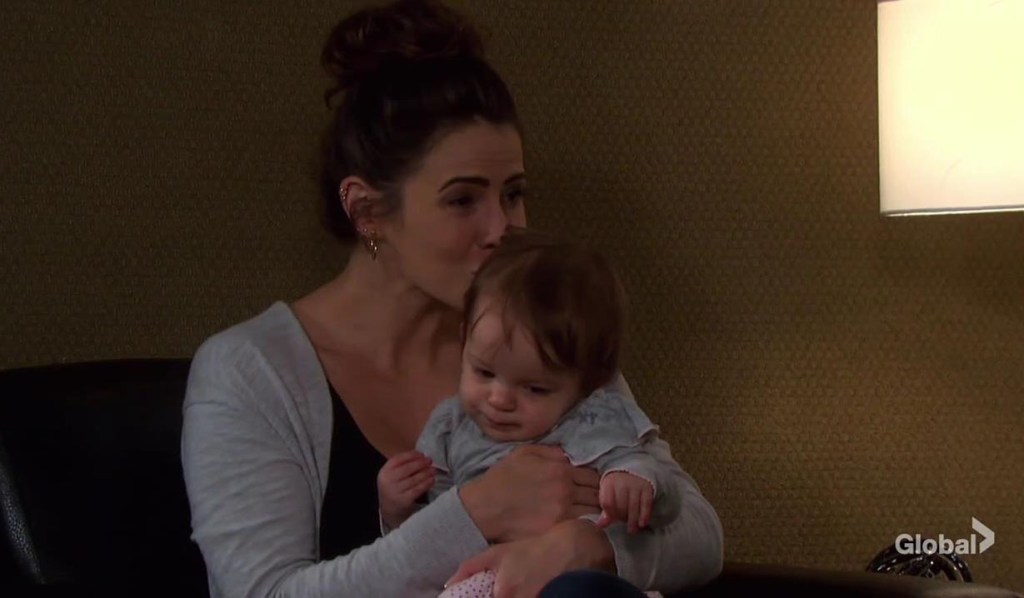 Poor Tate Donovan Black was kidnapped as an embryo by Kristen DiMera (Eileen Davidson). After she gave birth, and after some investigation, the child was eventually returned to his parents, Brady Black (Eric Martsolf) and Theresa Donovan (Jen Lilley). They were happy for a while until at the park one day, Theresa was drugged and Tate was kidnapped again. Though this had presumed dead Kristen Blake DiMera’s (Eileen Davidson) name all over it, Summer Townsend (Marie Wilson) appeared to be behind it, however, Summer pointed the finger at Demos Kiriakis (Vincent Irizarry) and Victor Kiriakis (John Aniston). Surprisingly, the kidnapper turned out to be Kate Roberts (Lauren Koslow). 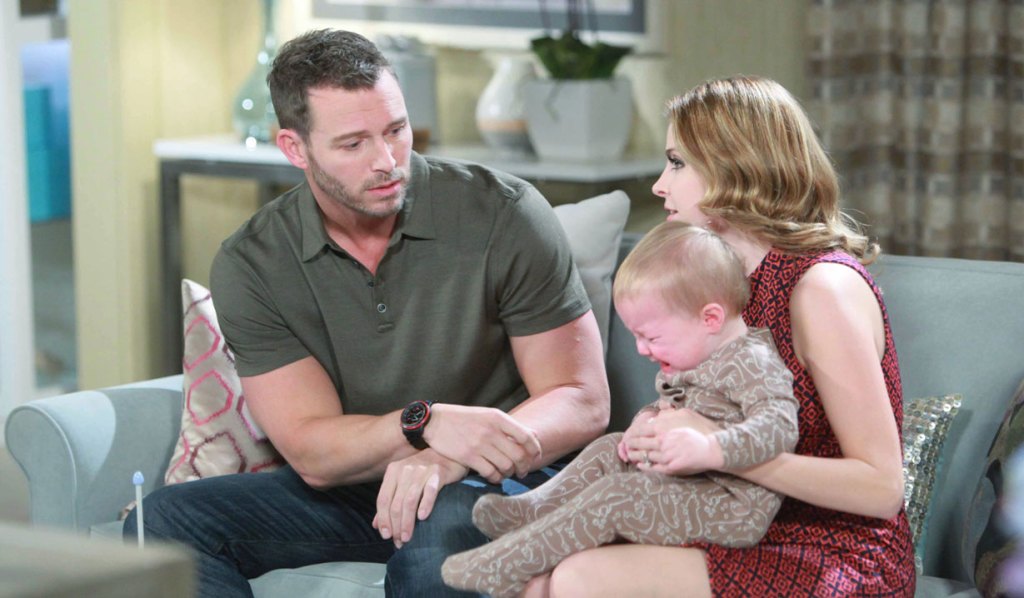 In 1993, after Sami Brady (Ali Sweeney) learned her mother Marlena Evans Brady (Deidre Hall) was having an affair with John Black (Drake Hogestyn), it affected her greatly. Through her volunteer position at the hospital, she hacked into the computer and discovered that John was the biological father of her baby sister, Belle Black (Kirsten Storms). Wanting to protect her father, Roman Brady (Josh Taylor), from the painful truth, Sami changed the blood test results and then kidnapped Belle and planned to sell her on the black market. John and Kristen Blake went undercover and found the baby, and John returned her to Marlena’s arms at Christmas Mass while Billie Reed (Lisa Rinna) sang a hymn. 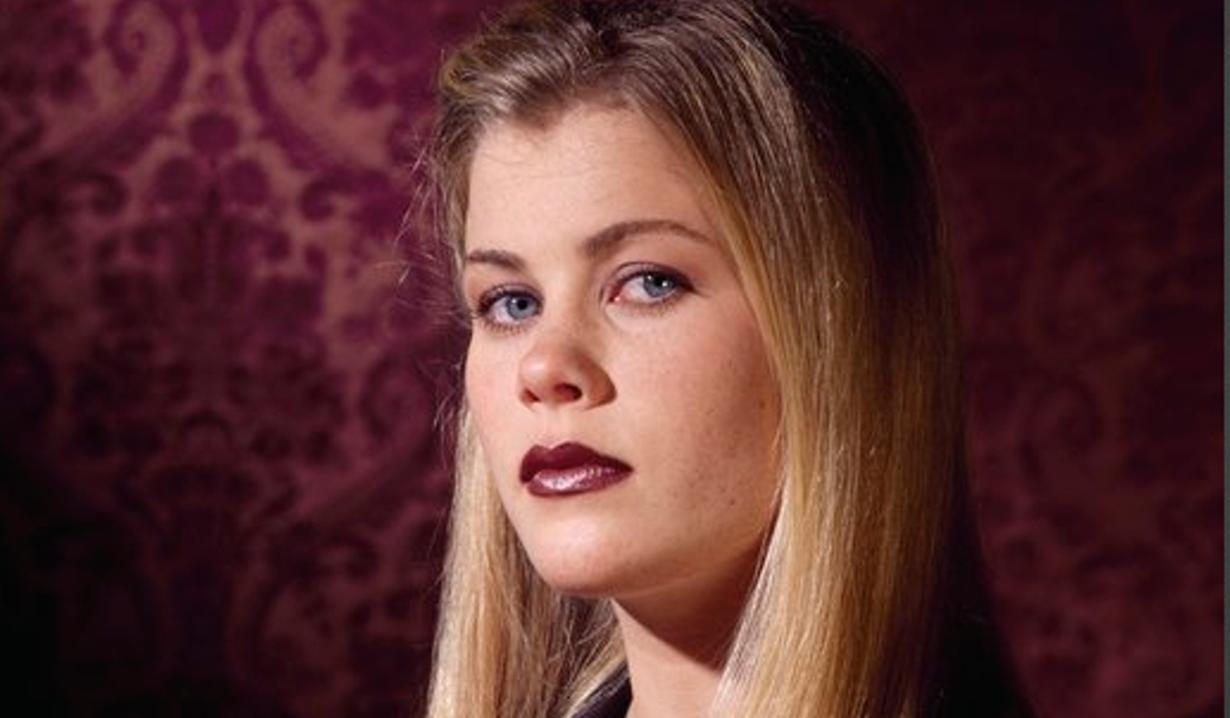 The Claire kidnappings – there are a few

As a child, Claire Brady was kidnapped three times. When she was born, her mother, Belle Black, believed her father to be Philip Kiriakis (Kyle Brandt), however it later was revealed that Shawn Brady (Brandon Beemer) was actually Claire’s biological dad. As a result, Victor Kiriakis (John Aniston) had Claire briefly kidnapped from a diner to make Belle seem like a negligent parent. Later, when Philip, back from the war and fresh off a face transplant in Canada, won custody of Claire, Belle and Shawn kidnapped her and took her out of the country with the help of Steve Johnson (Steve Nichols). Following that crisis, Shawn and Belle married, but when he considered divorce after learning Belle had slept with Philip before their wedding, Claire was kidnapped again! Her parents located her safely in Ireland, where Colleen Brady (Shirley Jones), who believed the girl to be her great-granddaughter through her long, lost son John Black, had been protecting her from Stefano DiMera (Joe Mascolo), who blamed her for his terrible childhood. Years later, Colleen learned that John wasn’t her son after all. 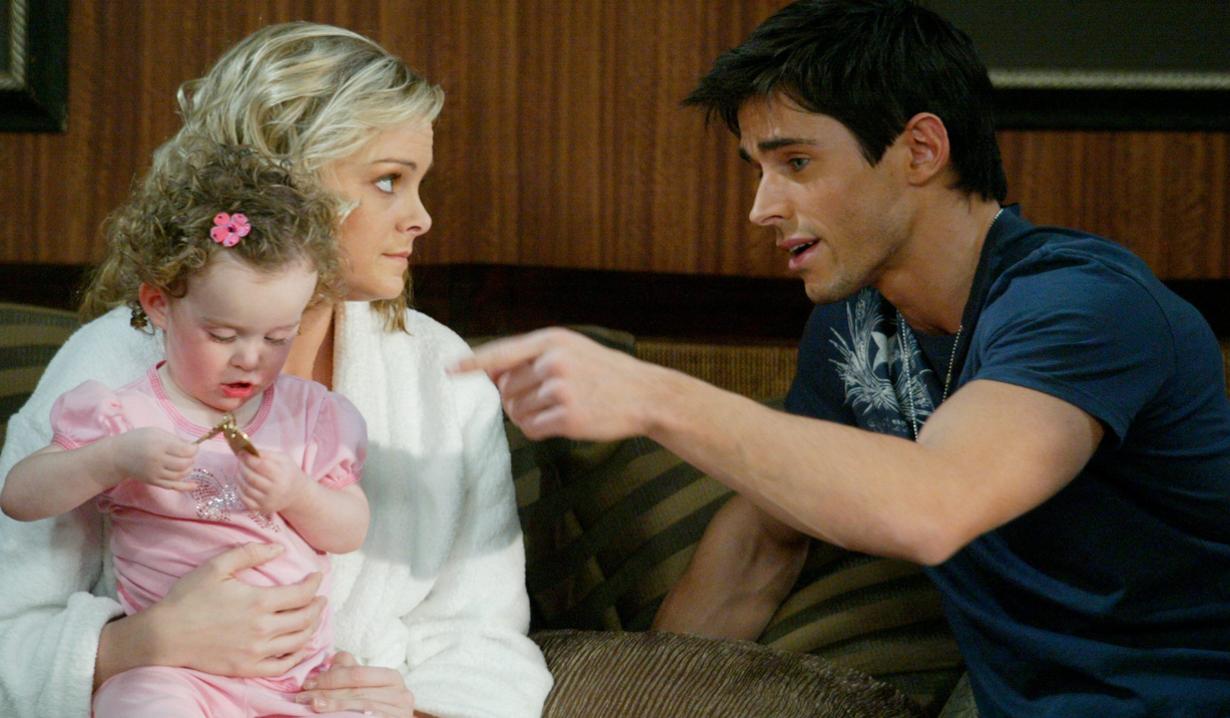 In 2008, Nicole Walker (Ari Zucker) miscarried EJ DiMera’s (James Scott) baby but continued to feign pregnancy, and paid Mia McCormick (Taylor Spreitler) 10 grand to illegally adopt her baby at birth. However, Nicole learned that Sami Brady was secretly pregnant with EJ’s child and with Dr. Baker’s (John Callahan) help, switched Sami’s newborn daughter Sydney for Mia’s child, Grace, who later died. Rafe Hernandez (Galen Gering) became suspicious of Nicole’s behavior following Grace’s death and ran a DNA test, which proved Sami was Sydney’s mother. Nicole returned the child to her parents, but then kidnapped her again when she overheard Sami and EJ fighting. This time, just as Nicole had a change of heart and was about to return Sydney, she was hit over the head and the child was taken away. Anna DiMera was later revealed to be Sydney’s kidnapper, which was a shock until a massive twist revealed that EJ DiMera was the mastermind who paid Anna 5 grand to do his bidding after he learned Sami lied about giving birth to his daughter. Enraged and wanting to make Sami pay for keeping his child from him, he came up with the Sydnapping. As days turned into weeks, EJ started having feelings for Sami again. Guilt settled in and he decided to end the punishment and become the hero. Just as Sami wondered how she could go on without her daughter, EJ waltzed in with Sydney, saving the day. EJ paid for his misdeeds when Rafe uncovered the truth and told Sami, who then shot EJ in the head. Of course, he lived, no worse for the wear. 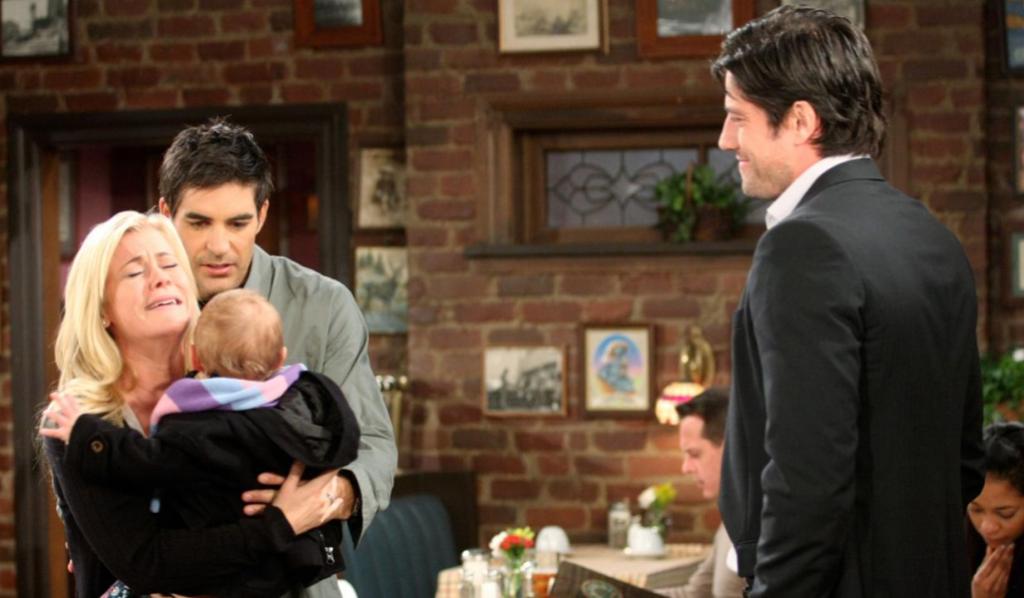 In 2009, a young Ciara Brady (Lauren Boles) was stalked by a man who later won her trust and kidnapped her from the Salem Carnival. Ciara believed that Kyle was taking her to see her parents, Bo and Hope Brady, in the hospital following an accident. Theo Carver (Terrell Ransom, Jr.) saw them leave the carnival together and noted the man’s angel tattoo. Ciara was taken to a cabin in a wooded area where Kyle, his sister Brenda, and her boyfriend, Dean Hartman (Nick Stabile), a Salem cop gone bad, planned to hold the child for ransom. The plan went awry, Dean killed Kyle and Brenda, then shot himself in the shoulder to make it look like he was actually Ciara’s rescuer. Ciara’s nightmares involving Dean, who repeatedly clicked his Zippo lighter open and closed during her time in captivity, later led to his arrest when he tried to collect the reward money and she recognized the familiar sound. 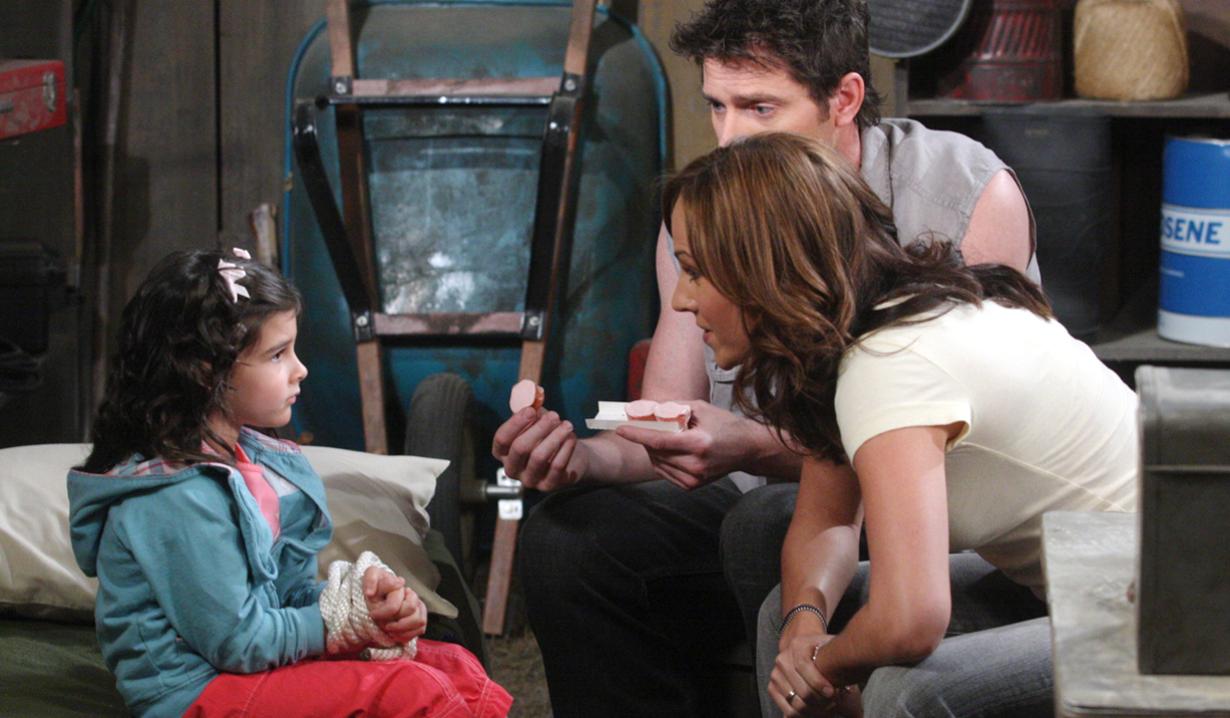 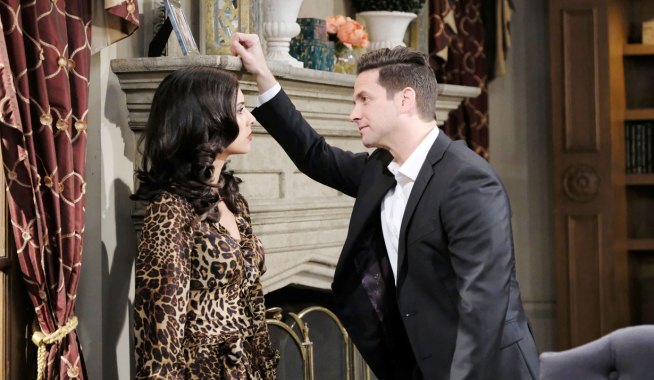 Days of our Lives Fan Fiction: Stefan Appears to Gabi at the DiMera Mansion 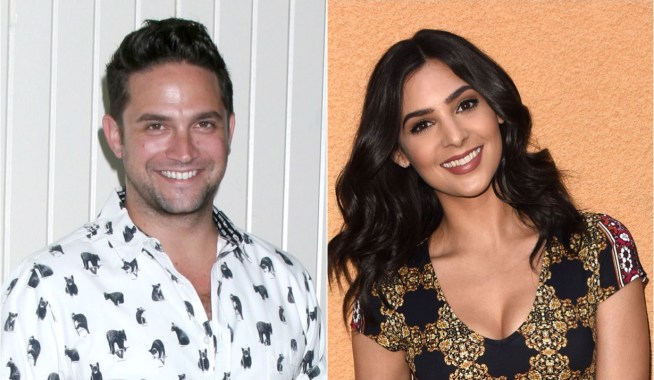