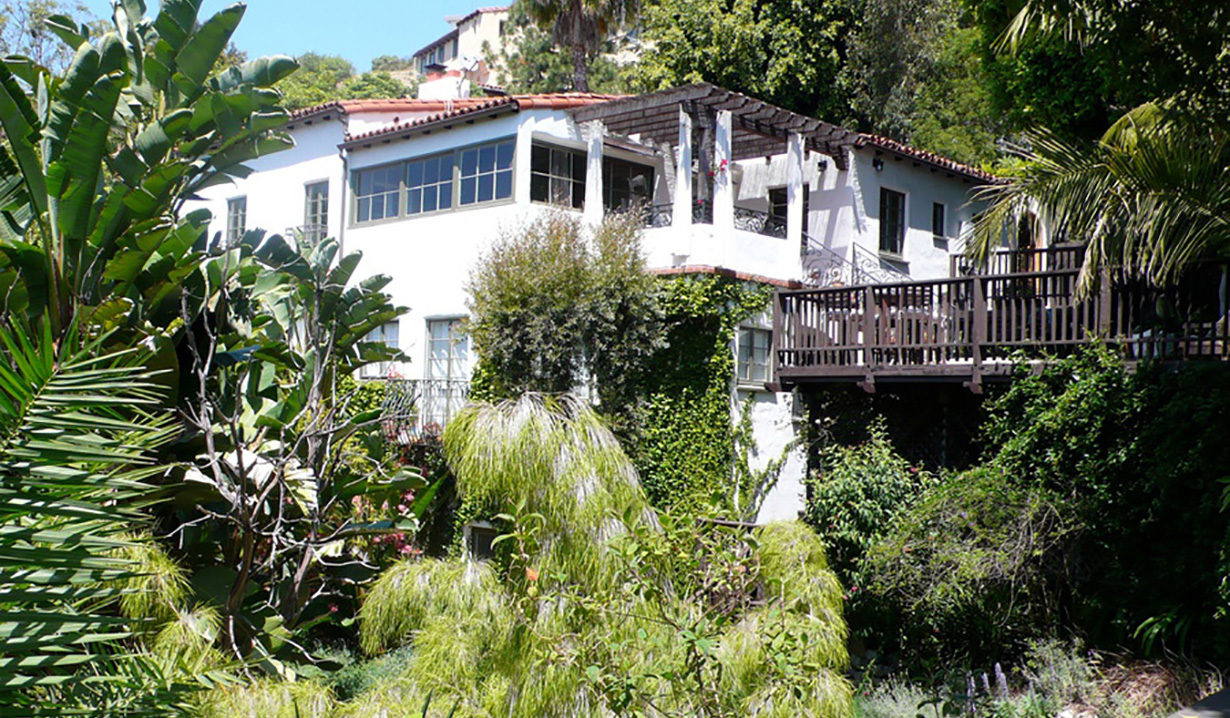 Cozy Spanish-Revival in the hills.

Originally posted June 29:
As seen in scenes in “Dirty Soap” in 2011, Galen Gering (Rafe, “Days of our Lives”) and Jenna Gering’s home is a lovely private oasis in the Hollywood Hills. Mark David, The Real Estalker, (AKA Your Mama), notorious for dishing on the celebrity house market, is reporting on Variety, that the Gerings have put their house on the market for $1.695 million, which the couple purchased in September of 2000 for $754, 500.

The house is a two-story, 1927 Spanish Revival-style boasting 3 bedrooms and four baths in 2,205 square feet. The view is spectacular, overlooking the treetop canyon and the property described as “a private, mystical Shangri-la of luxe sophistication in the heart of the city.” This is the couple’s second residence. They’ve another 1920s Spanish-Revival house with five bedrooms and 4.5 baths, along with a guesthouse in Santa Monica.

Incidentally, Galen Gering was listed as one of the hottest hunks of the summer.

Catch Days of our Lives actors in...

Michel Reilhac on How Festivals Are Launching a Joint VR Platform

‘Supergirl’ To End With Upcoming Season 6 On The CW