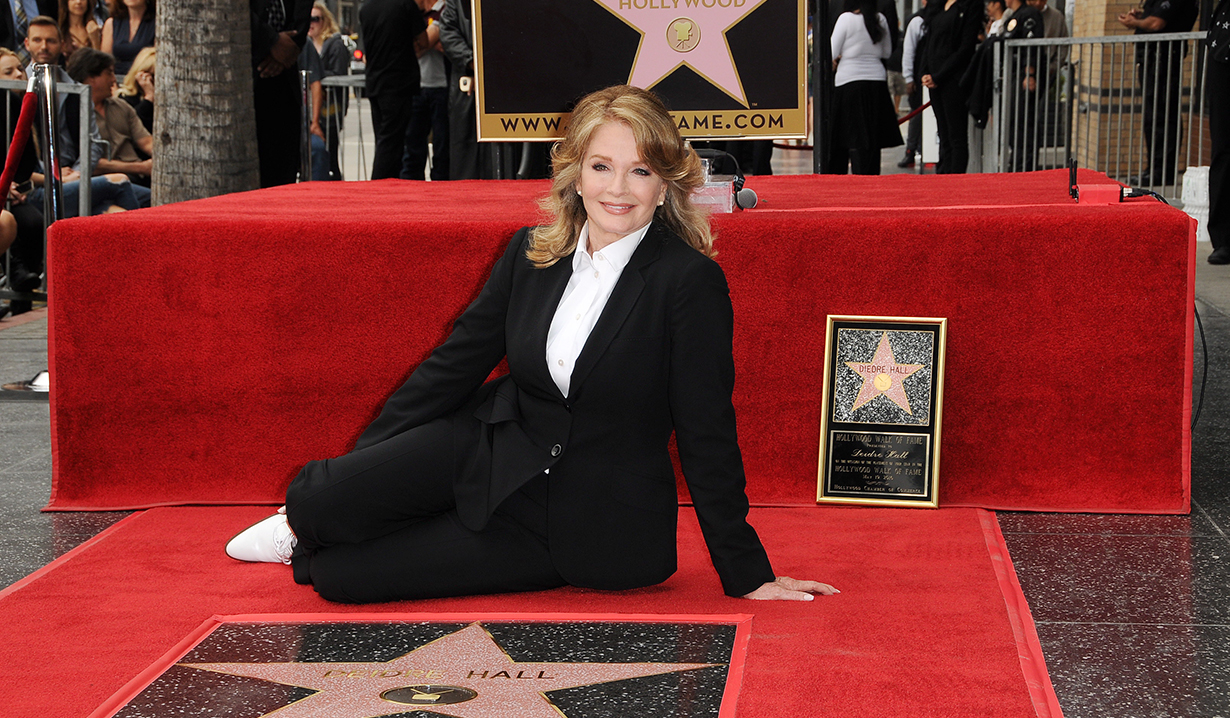 Nobody breaks into your house and carries it off!

Hall talks about the process to receive a star from handing in an application to how it felt standing there when the star was unveiled. The actress talks about luck having something to do with being in television for 40 odd years, and how honoring and surprising it felt “to get this special nod.” She tells Soaps.com’s Hollie Deese that she and Susan Seaforth Hayes (Julie Williams, “Days”) are best friends, which is partially why Hayes spoke at the ceremony. The actress goes on to detail one of the most fun storylines she has played to date on “Days of our Lives” that doesn’t get a lot of recognition, but that did involve her real-life sister, Andrea Hall.