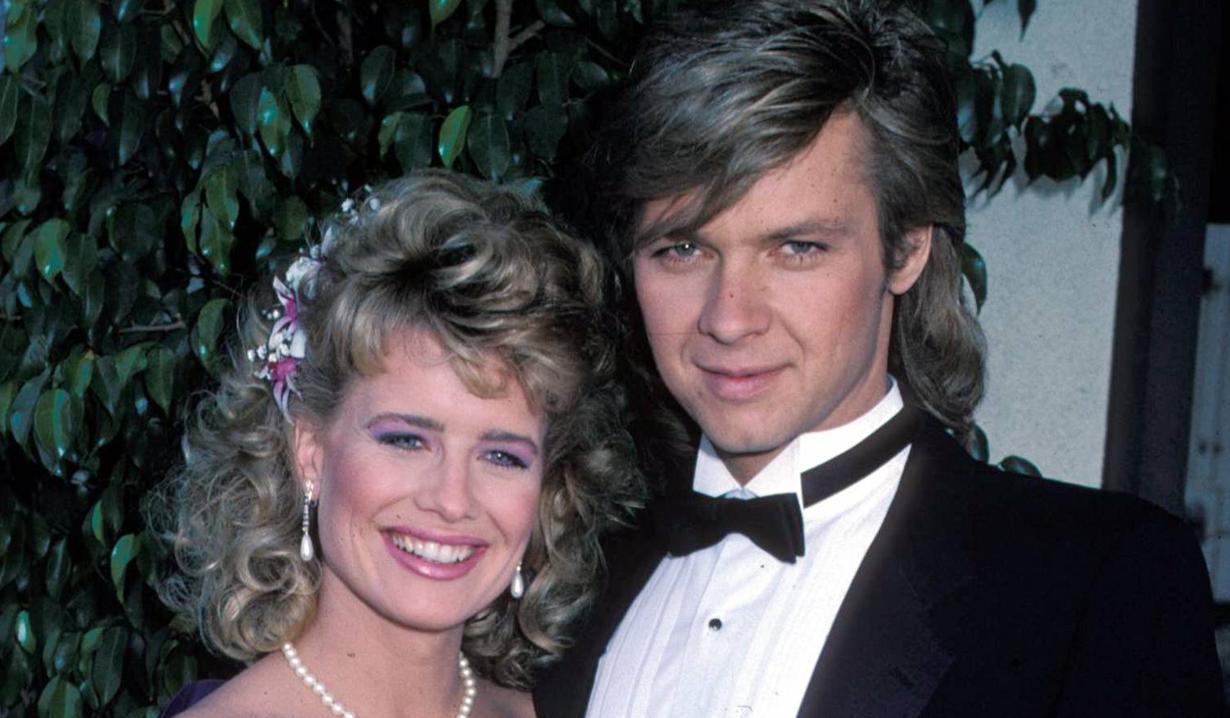 In this week’s “Days of our Lives’” Throwback Thursday poll, Soaps.com takes readers back to 1987 when Kayla Brady went on the run with Steve Johnson…

Steve and Kayla are currently dealing with Ava’s return to Salem, which spells trouble. Back then, Steve was facing trouble with the law after a plot he was involved in went wrong. Steve and Harper Deveraux had hatched a plan to fake Deveraux’s death, which involved Steve shooting him with a gun loaded with blanks, and to frame Victor Kiriakis for the ‘murder’. Victor got wind of the plot and replaced the blanks in Steve’s guns with real bullets. Deveraux wound up in a coma, and Steve went on the run with Kayla.

While on the run, and preparing to set up camp one night, Kayla discovered a hot spring, stripped down, and got in. Steve, who had been gathering wood, panicked when he couldn’t find her, but soon came across her relaxing in the hot water. Steve ended up in there too, and needless to say, things got even hotter. Steve and Kayla kissed passionately and he told her how much he wanted her. Later, after they returned to Salem and he was exonerated, Steve pushed Kayla away for Jack’s sake.

Do you remember what love song played during Steve and Kayla’s steamy make-out session in the hot spring?

Answer to the last Throwback Thursday Days poll: Marlena and John were going to get a priest. 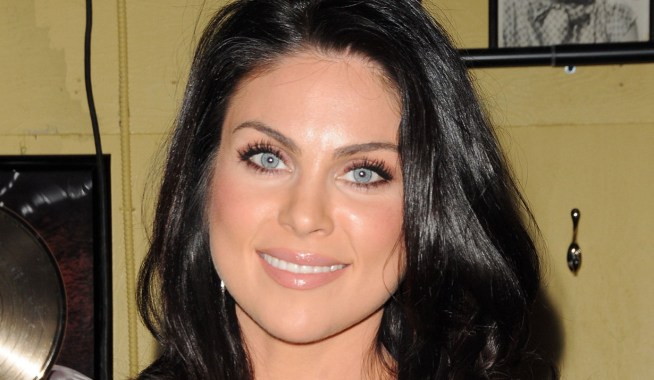 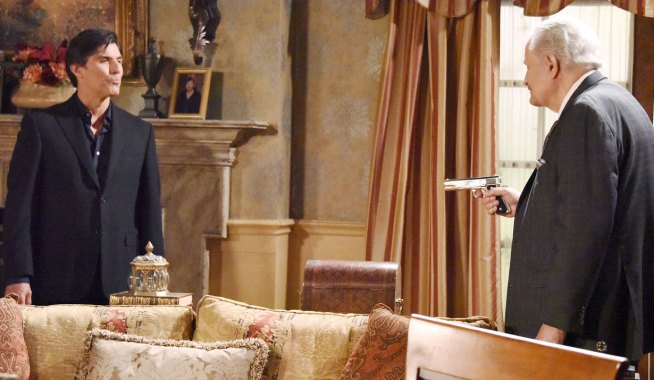