It’s a Girl! Days of our Lives’ Arianne Zucker Pregnant (Has Baby!) 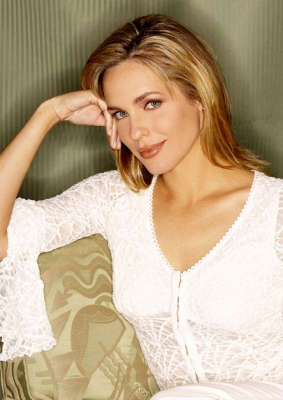 Kyle Lowder, Arianna’s husband, has tweeted to fans that they just found out the gender of the baby! It’s a girl! Lowder says, “Daddy’s feeling a little light headed.” (grins) Find out what other soap star just had a baby through AMC’s Alicia Minshew Has Her Baby!

Speculation has been going around the boards that Arianne Zucker (Nicole) has been sporting a baby bump. Soaps.com contacted Ari’s publicist, who declined comment, a few weeks ago, making us assume the speculation was correct! Ken Corday spilled the baby news that Kyle Lowder (Rick Forrester, Bold and the Beautiful, ex-Brady Black,DOOL) and Arianne would be expecting this December, but says the pregnancy will not be written into the storyline. She’s expecting their first baby and we’re expecting to see Nicole carry some large purses to cover up the growing bump.

Many congratulations to the expectant couple. We wish them all the best and will update fans when we hear stork news!

Arianne and Kyle are now the proud parents of a little baby girl named Isabella. Soaps.com will confirm more news as it becomes available!

Leann Hunley's Return to Days of our...

Days of our Lives: Saturday Teaser...