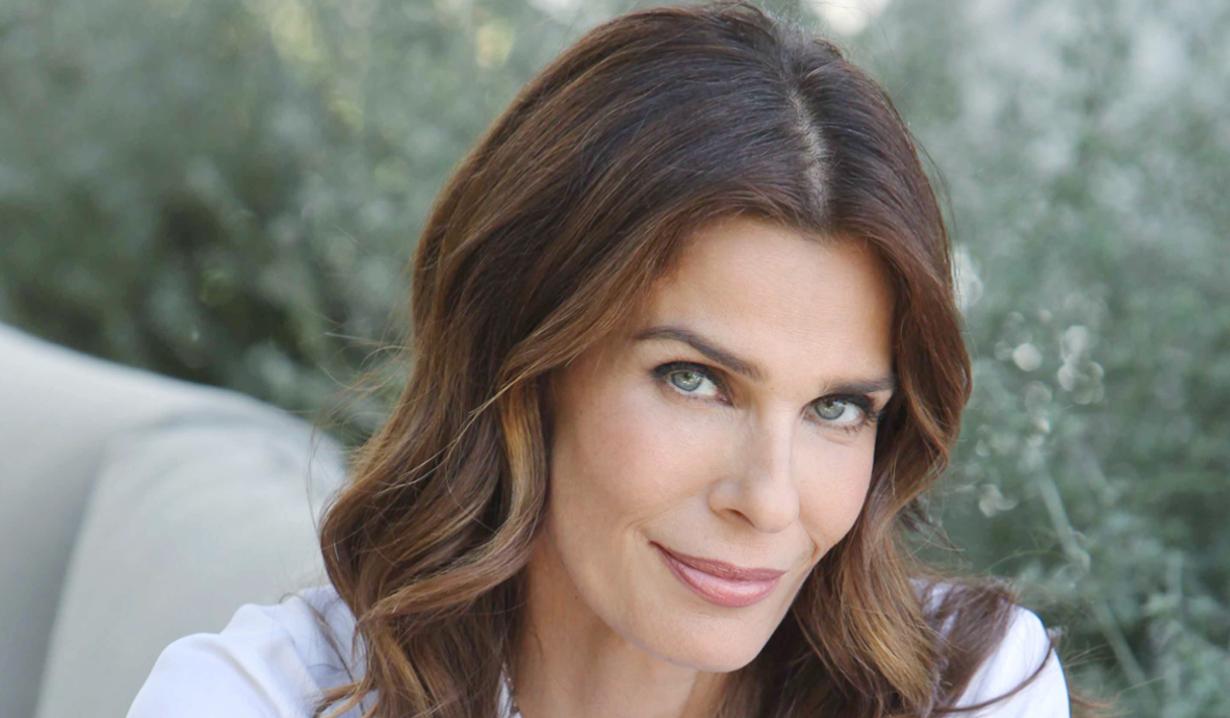 In the latest “Days of our Lives’” Throwback Thursday poll, Soaps.com take readers back to 1995 when police officer Hope Brady received her first undercover assignment…

The ladies in Salem surprised Hope with a male stripper at her bachelorette party this week, but back then, it was Hope who found herself on stage doing a striptease act. Hope was working at Jude St. Clair’s club, the Blue Moon, as part of an investigation surrounding the shady club owner. She held a position as a bartender, but when St. Clair needed someone to fill in on stage as an exotic dancer, he asked Hope to do it. Hope rose to the occasion and began dancing for the men in the club wearing a long blue sequined gown and long black gloves. She had shed just one glove and was being very slow about removing the second one when the men began to get impatient and holler. Hope ran off the stage and back into the dressing room. Later, however, she changed her mind and told St. Clair that she would do it. Hope took the stage again in a private show for those who were invited and paid a certain price. Once again, Hope’s dance ended before she removed any clothing, but this time it wasn’t her choice.

Do you remember what happened that put an end to Hope’s striptease?

Last week’s Throwback Thursday Days poll answer: The seashell that Hope gave to Bo symbolized the gift of the sea.

Go back in time to when Days’ Hope was attacked by Peter Blake, and then read about other storylines from this decade through Soaps.com’s Episode guide for Days of our Lives from 1990 – 1999.