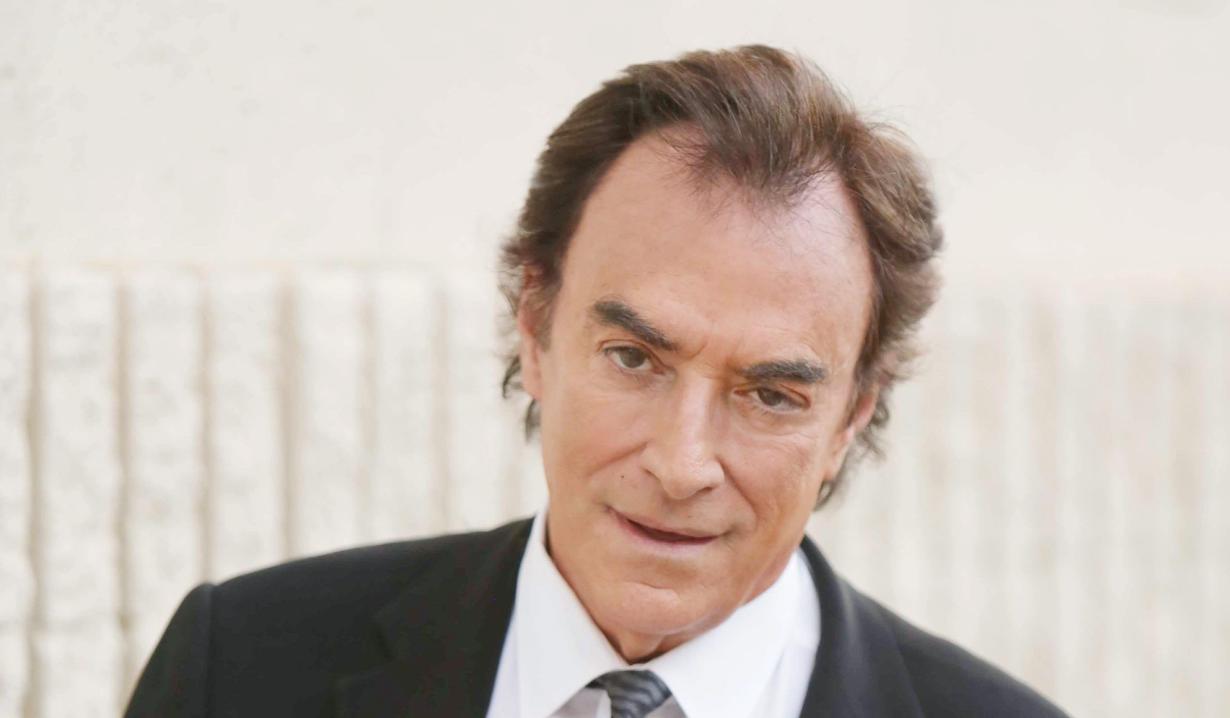 This time in Soaps.com’s “Days of our Lives’” Throwback Thursday poll, we take readers back to 1983 when Andre DiMera plotted with Stefano DiMera…

Andre DiMera returns to Salem this week, but back then he had arrived in town for the first time. After undergoing plastic surgery to look exactly like his cousin Tony DiMera, Andre plotted with Stefano to frame Roman Brady for the Salem Slasher murders. That didn’t go off as hoped; Andre ended up in a duel with Tony, and managed to slip out of town. He and Stefano regrouped at the DiMera island compound and made a new plan. This time there were two objectives. One was to get revenge on their enemies. To this end, Andre caused a plane to crash, which killed Daphne DiMera and stranded Tony and other DiMera enemies on a remote island.

Andre and Stefano’s second objective was to acquire three prisms that would heal Stefano’s inoperable brain tumor. One prism was in Daphne’s necklace, which came to be owned by Calliope, and another was in Russia. Do you remember where the third prism was?

Previous Throwback Thursday Days poll answer: Alice went upstairs to tell Tom that Hope, who was believed to be dead, might be alive.

Read about other DiMera escapades from this decade through Soaps.com’s Episode guide for Days of our Lives from 1980 – 1989.

Nadia Bjorlin returning to Days of...