Find out the first airdate for Stephen Nichols' return as Days' Steve Johnson. 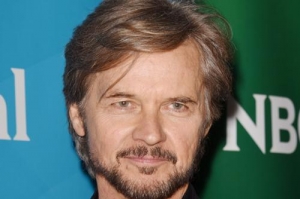 This week in the “Days of our Lives” Throwback Thursday poll, Soaps.com takes readers back to 1987 when Steve Johnson chose a course of action regarding Kayla Brady…

Sonny made the huge decision to leave Salem this week, and back then, Steve also made a life-changing choice. He had arrived at Kayla’s door with an engagement ring, acting rather intense. Kayla noted that he seemed shaky. Steve told her she was beautiful. She told him she had dinner ready. Steve wasn’t hungry, however, and proceeded to struggle with telling her exactly how strong his feelings were for her. Kayla knew he was going to ask her something, and assured him she would say ‘yes’. She was so intent on hearing Steve out that she didn’t want to answer the phone when it rang. However, when they heard Angelica Deveraux’s voice on the answering machine telling Kayla that Jack Deveraux was in the hospital, Steve insisted she pick up. They learned that Jack, Steve’s brother whom Kayla had been nursing during his illness, was asking for her. Steve decided not to follow through with his proposal and encouraged Kayla to go see Jack. In the following weeks he continued to push her away for his brother’s sake. Eventually, Steve and Kayla argued over an affair, which led to Kayla walking out on him and making a threat.

Before Kayla left for the hospital to see Jack, Steve asked her to do something. Do you remember what Steve requested of her? 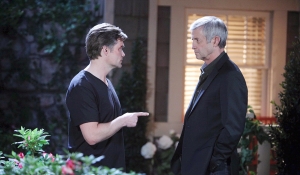