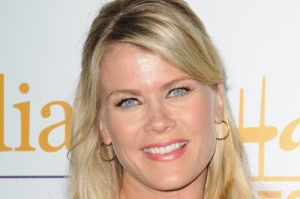 “The only day you’ll come out ahead of me is the day you bury me.”

In this edition of the “Days of our Lives” Throwback Thursday poll, Soaps.com goes back to 1996 when Sami Brady fought with her sister Carrie Brady…

Salem’s Nicole Walker got into a catfight with Chloe Lane this week, and back then, Sami and Carrie got physical while arguing about Austin Reed. Austin loved Carrie, but had married Sami to save their son, Will, who had been sold on the black market. Previously, Sami drugged Austin and he slept with her, thinking she was Carrie. She then led him to believe that he had fathered her child, though Lucas Roberts was really Will’s dad.

On the day of the fight, Carrie met Austin for a rendezvous, and when he stepped out of the room to get strawberries, Sami appeared wearing her sister’s negligee. As part of a scheme to keep Austin and Carrie apart, Sami provoked Carrie deliberately by saying it was her husband’s room and that she would never give him the annulment he was expecting. Carrie called Sami an evil slut and slapped her. Sami slapped her back and a vicious scuffle ensued. Sami made a big show of saying Carrie was hurting her, and by the time all was said and done, Carrie wound up in jail. Eventually, Austin and Carrie married after she proved Will was Lucas’ son.

When Carrie met Austin in the room, he gave her something special. During the argument, Sami destroyed the gift, which further provoked Carrie. Do you remember what he gave her? 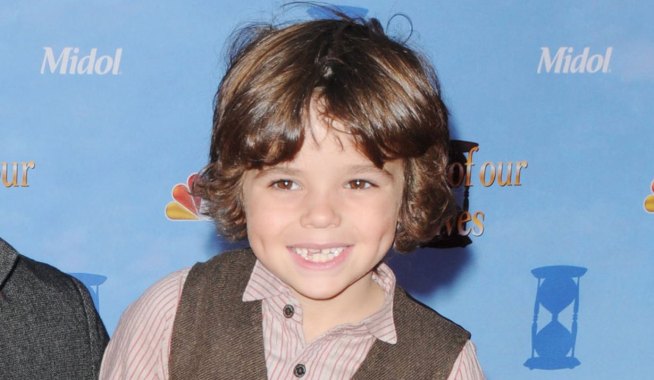 Deconstructing DOOL: We beg of the powers that be to save our show 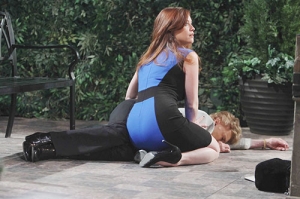