Flash back to when Days' Marlena was trapped by Stella. 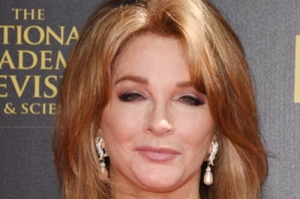 In this Throwback Thursday poll, Soaps.com goes back in time to 1993 when “Days of our Lives'” Dr. Marlena Evans Brady realized she was pregnant…

Salem’s Abigail Deveraux just learned she was pregnant and panicked because she had slept with former flame Chad DiMera as well as boyfriend Ben Rogers. Back then, Marlena had an affair with John Black while married to Roman Brady, and discovered she was expecting a baby. Marlena was in denial at first, but after a night spent on the sofa waiting for her daughter Sami Brady to come home, she woke up feeling ill. Sami noticed her mother ‘turned green’ and Marlena told her she’d drank too much champagne the night before, but Sami remembered her drinking mineral water. After, Marlena tried to tell Carrie Brady that she had the flu, but Carrie knew it was morning sickness and advised her to see a doctor.

As Marlena sat on the sofa feeling nauseous, Abe Carver came over to work with Roman and brought Marlena’s favorite breakfast, which made the morning sickness situation much worse. Do you remember what he brought? 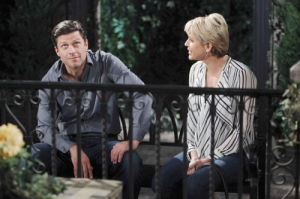