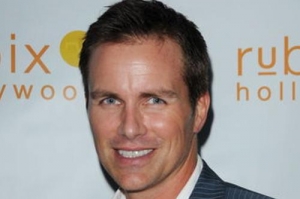 Lockhart is the last person Billie should be with.

For this week’s Throwback Thursday poll, Soaps.com goes back to 2005 when “Days of our Lives'” Bo Brady got upset over Billie Reed…

Salem’s Abigail Deveraux was jealous that Chad DiMera invited Zoe Browning to join him at the park, and back then, Hope Brady accused Bo of being jealous when Billie hooked up with Patrick Lockhart. Billie had been staying with Hope and Bo when they arrived home to hear noises coming from upstairs. Bo made a beeline for Billie’s room and opened the door, followed by an apologetic and slightly embarrassed Hope, who took in the sight of Patrick and Billie naked in the sheets. She told Billie that Patrick could stay the night, but Bo wanted him gone. They argued and Hope reiterated that Patrick could stay, but Bo told him to get out and never let that happen again. Billie and Bo then bickered about Patrick. Hope, who had previously been upset when Bo helped a drunk Billie in a bar, stormed off and Bo followed. In their room, Hope accused Bo of being jealous and still having feelings for Billie. Meanwhile, Patrick told Billie that Bo had acted like a jealous husband, and wondered if that was her reason for bringing him back to the house. She assured Patrick she hadn’t been thinking of Bo, but wasn’t entirely truthful.

When Bo and Hope returned home, what noise did they hear that prompted Bo to rush up the stairs? Vote in our “Days” poll:

Find out when Peter Reckell will return as Bo Brady.

Posted 48 seconds ago
Posted on: TVLine