Tamara Braun returns to Days of our Lives 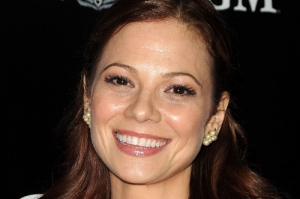 As Ava, not Taylor.

Amidst all of the recent Days’ exits, including True O’Brien (Paige), Daniel Cosgrove (Aiden) and James Read (Clyde), there will also be more returns of familiar faces. Tamara Braun will be returning to “Days of our Lives” as Ava Vitale. The character originally appeared from February until August of 2008 and garnered Braun a Daytime Emmy award as Outstanding Supporting Actress.

Ava Vitali was the daughter of a mob boss. She had a long history with Steve (Stephen Nichols) and shared a romance with John (Drake Hogestyn). Her character fled the country after failing to bribe a judge while she faced charges implicating her in sabotaging the plane that crashed and killed Shawn Brady (Frank Parker). Since leaving the role behind, Braun returned to Salem as Taylor Walker, Nicole’s (Arianna Zucker) sister. Braun has a long history on daytime, including roles on “General Hospital” and “All My Children.” NBC has confirmed to Michael Logan that Braun began shooting material on June 17 and will make her first appearance will air on December 9.