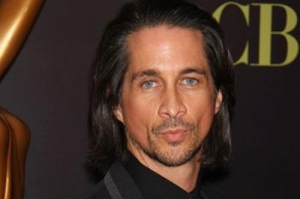 In this week’s edition of the Throwback Thursday poll, Soaps.com goes back to 1991 when “Days of our Lives'” Tanner Scofield revealed a secret to Molly Brinker…

Salem’s Nicole Walker and Eric Brady are currently keeping a secret from Dr. Daniel Jonas, and back then, Tanner was keeping a secret about his mother’s death from his girlfriend, Molly. Molly, wanting to ease tensions between Tanner and his father, Vern Scofield, convinced Tanner to accompany her to the park for a game of baseball in which Vern would be taking part. Upon their arrival, Vern introduced Tanner and Molly to the sports editor of the newspaper, who recalled that the last time he had seen Tanner he had been riding a tricycle…when his mother was still alive. Vern lamented the tragedy of her dying so young and this set Tanner off. He left the park after a tense exchange with his dad.

Back at the detective office where he worked with Isabella Toscano, Molly pressed Tanner to explain why the mention of his mother upset him so much. Tanner, who later uncovered Molly’s mother Ginger Dawson’s secret, told her what he’d been keeping to himself – his mother had committed suicide.

Tanner later discovered additional information surrounding his mother’s suicide. Do you remember what he learned? Vote in our “Days” poll:

Flash back to when Eve Donovan took credit for Molly Brinker's good deed after winning Frankie Brady from Jennifer Horton.

Days of our Lives' Aloma Wright to...

Deconstructing DOOL: None of this...

Tribeca Festival Will Stick With June Slot For Its 2022 Edition