Read an update on Alison Sweeney's return to DOOL. Get details about ex-DOOL's Matt Cedeno in Z Nation and more in Soaps.com's "B&B," "Days," "GH" & "Y&R" Stars: Where Are They Now? 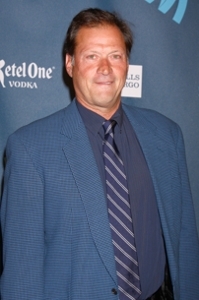 In this week’s Throwback Thursday poll, Soaps.com takes readers back to 1990 when “Days of our Lives'” Jennifer Horton found herself in trouble at the hands of Lawrence Alamain…

Serena feels Nicole is in danger this week, and back then, Jennifer had no idea what Lawrence was capable of when she ended up marrying him in Alamania. Jennifer posed as Katerina Von Leuschner to help out the real Katerina, her old college pal Dr. Carly Manning. When Lawrence sent his men to Salem to find Katerina, Jennifer jumped back into the role she had once played on a date back at school. Jennifer ended up traveling to Alamania along with Alice Horton, who was posing as Cecily Smith, to be wed to Lawrence, who was determined to marry Katerina and gain access to the Von Leuschner fortune.

On their wedding night, Lawrence, who knew Jennifer wasn’t really Katerina, became confrontational with his bride. He flashed between seeing Jennifer’s face and Carly/Katerina’s. Lawrence then raped her.

The next morning, Lawrence appeared to Jennifer, who had been having a nightmare. Do you remember what he handed her that she’d left behind at the scene of the rape the night before? Vote in our “Days” poll: 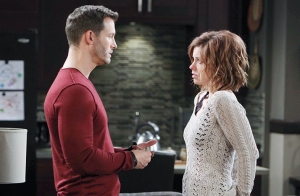