Ex-Days’ Eileen Davidson Back To Real Housewives Of Beverly Hills 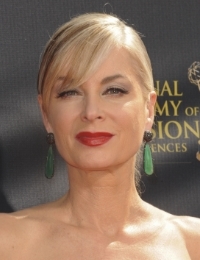 It looks like “Days of our Lives'” Eileen Davidson (ex-Kristen, “Y&R’s” Ashley Abbott) will be back on “The Real Housewives of Beverly Hills” for another season. Her husband, former tennis star Vince Van Patten (ex-Christian, “The Young and the Restless”), talked to Go To Whitney about their plans to return to the Bravo series for one more year.

Davidson, who reportedly signed a $750,000 deal for the season, also starred on the series with Christine Chiu as well as vet Lisa Vanderpump. Davidson took the New Year’s Penguin Plunge along with husband Vince and his 86 year old father, Dick Van Patten (“Eight is Enough”). Soaps.com will update you with more information as it becomes available.

Days of our Lives Spoiler Video: Right On The Money