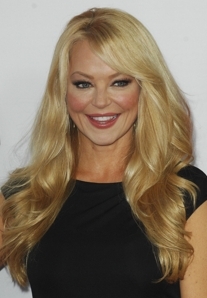 In this week’s Throwback Thursday poll, Soaps.com takes readers back to 1991 when “Days of our Lives'” Eve Donovan married Jack Deveraux…

Someone gives Eve some friendly advice this week in Salem. Back then, Eve showed up at Jennifer Horton’s place after she had broken up with Jack and grilled her rival on whether they were done for good. Eve also wanted to know if Jenn would be going after Frankie Brady again. Jennifer confirmed that she and Jack were over and denied any plan to pursue Frankie. They argued. Jennifer threw Eve out while advising her that she wasn’t capable of connecting with Jack.

The next time Jennifer went to Jack’s penthouse to talk to him, she found Eve in his bed. Eve, wearing a pink satin robe, dragged Jenn outside the door and informed her she didn’t want her to disturb her husband. Jenn was floored that Eve was claiming to be Jack’s wife and really didn’t believe her. Eve showed off her ring and insisted smugly that it was true.

Eve was thrilled to best her rival, Jennifer, but do you remember why Jack married Eve? Vote in our “Days” poll below.

Answer to last week's Throwback Thursday poll: The wedding was delayed because Jessica ran off to join a convent.

Read about Alison Sweeney's return to DOOL. Get details about ex-Days' Chandler Massey in Butterfly Caught and more in Soaps.com's "B&B," "Days," "GH" & "Y&R" Stars: Where Are They Now?

Days of our Lives Spoiler Video: Why...