Read about Nadia Bjorlin's return to Days, and then get Glee spoilers and more in Soaps.com's Primetime Dish. 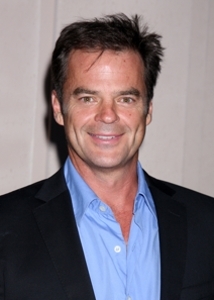 In this week’s Throwback Thursday poll, Soaps.com takes readers back to 1986 when “Days of our Lives'” Melissa Horton received advice from Justin Kiriakis…

Currently in Salem, Adrienne Kiriakis has been leaning on Lucas Horton while her husband Justin’s been out of town. Back then, Justin offered his shoulder to Melissa. Justin was there to meet Melissa in the hospital when she got the cast off her leg, which had been injured for the second time. They joked around, and Justin suggested they go for some lunch, but Melissa said she had to pack as she was due to leave town with her boyfriend, Lars Englund, and his dance company.

It was clear she wasn’t entirely sold on the idea of leaving, so Justin once again suggested getting lunch and talking it out. Melissa agreed and they went to Shenanigans, where Melissa opened up about not being able to dance anymore, and what that meant for her career and relationship. Justin pointed out that Lars tended to fall for his dance partners and advised Melissa to rethink leaving town. When Lars arrived, she ended things between them. Justin, who had hung around, was there for her afterward.

Do you remember where Melissa had planned to go with Lars and his dance company? Vote in our “Days” poll: 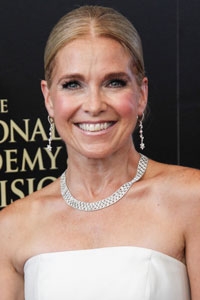 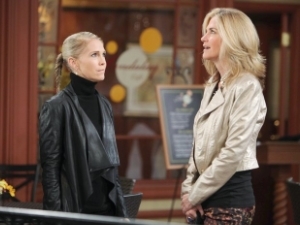