Paul and his mum.
Tori Narita obviously loves her son. She's really protective of him and crazy private. She came all the way to Salem – I thought from Hong Kong but from San Francisco - to take him home. Her reaction to Marlena was very interesting. I can't decide if I found Marlena almost rude or Mrs. Narita almost rude! All in all it once again made me wonder if John's Paul's father. After all, John had a past that none of us, not even John recalls. Since characters are SORASed all the time, Paul's age could be anywhere from 12 - 25! Hehe

The Springer clan.
Hotheaded Ben refused to tell his lawyer, Aiden, what Chad said to him in order to provoke him. At first I was thinking, "Do you want to go to jail? Because that's how you go to jail." ("Archer" reference.) But he made a good point. What's the difference what was said? He flew off the handle and resorted to violence. Good for him for owning it. Who thought Clyde was going to beg Jordan to take Chad back to keep Ben out of jail? Raise of hands? I did...

Chad and Kate's scene this week was fun and it was a surprise having Jordan find out that Chad got Rafe fired. It's good she knows who Chad really is but sort of sad that Tammy Sue seems to always get the shotty end of the stick. The writers used her as a means to further Clyde's character which turned out well. Last week in Deconstructing DOOL I said, "Clyde just can't help but humiliate himself with every hick word out of his mouth" but this week, for once, when he told Kate off for (unintentionally) hurting his daughter, and then was so anxious about the possibility of Ben going to jail, it gave him depth and showed he truly did care for his family. I actually liked him. Bizarre. I know. One of Soaps.com's writers, Dustin Cushman, felt it too! I wondered if initially Clyde was supposed to be around a few months but they liked his work so decided to keep him. Vote in our poll of the week: Days Poll: Your thoughts on Clyde.

Indecent proposal.
Chad's taunts to Abby was reminiscent of EJ asking Sami for sex in order to help get the beam off Lucas' leg years ago. Abby didn't go for it but didn't it appear as if she does still have feelings for Chad?

Check out this week's Billy Flynn Interview where he dishes on Abigail, Stefano, and more.

Please feel free to rant or rave in the comments section about this week whether you agree with my opinion or not! Happy Friday! 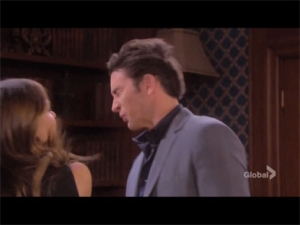 The good, the bad and the ugly.

Eve has feelings for JJ?
Eve needs to stop drinking her wine from that gigantosaurus wine glass because when she drinks she makes bad decisions. First, if she thought getting it on with her daughter’s boyfriend repeatedly wasn’t enough, she taunted his mother – so gross – about it this week and now Jenn can’t stop thinking about that conversation and wondering who Eve slept with. Oy. And I love how the plot thickened with Eve becoming jealous over JJ hugging young and gorgeous Roxanne. Holy complicated! Can we keep Roxanne?

Fifty shades of Theresa.
This was a long time in coming and the payoff is worth it. I love, love Theresa’s vulnerability this week when she saved Brady from compromising his sobriety to the moment they decided on the truce. Then she turned back into sour Theresa on Friday and spread bitterness around town like the plague. Anne was hilarious, yet nasty as all get out, spiking Brady’s drink in order to get back at him for making her friend feel bad. So soapy. Her special brand of humour is amusing in such a serious town. She should befriend Victor.

Parker’s made of sugar and spice and er more sugar?
Maggie, a woman with four kids (including her foster daughter Janice) got Pam’s recipe from “The Bold and the Beautiful” for lemon bars and along with Doctor Dan and Nurse Melanie, gave two bars to three year old Parker before he went to bed. The three of them together could be the biggest boneheads of the week! All this just so Serena’s stupid plot could be furthered by having Parker fall in love with Fred, the ugly ass elephant. Poor Fred. I feel bad.

Devil’s advocate.
This week much like last, I found it hard to feel Will’s remorse. He panicked more about what he did when Sonny didn’t know the truth. Maybe the actor has never cheated and isn’t sure how to bring out the torture of making a massive mistake. Who knows. Many fans are in an uproar because they don’t understand why Will cheated but not only did he explain it already, but there are no real hidden reasons. He’s young, he’s inexperienced, he and his husband had drifted apart and obviously a handsome guy comes along who flirts and voila… a recipe for cheating. Not everyone cheats when in that situation but everyone makes mistakes of some sort. It was interesting that Will blamed himself for cheating on Sonny and in the same breath said that if Sonny was open and honest, none of this would have happened. On one hand it’s a valid point but we don’t know that. It could have happened with some other guy. Paul isn’t the issue and I’m not a big fan of ‘what if’. Sonny didn’t tell Will about his past with Paul but he could have shared that he had proposed in the past without naming names. That being said I can’t help but ask how much do we have to tell our partners and how relevant is it to tell? Perhaps in this case it might be relevant because Sonny hasn’t actually said he’s not still in love with Paul. Maybe he’s in love with both men! Love triangle? 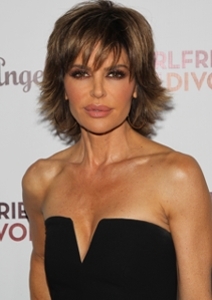