Several times I’ve wondered if Meredith is faking her own death to stick it to her husband.

Cliffhanger Friday.
It was great to have a cliffhanger. We so rarely get these. What do you think Aiden will do now that he knows that Hope watched that DVD?

The interloper.
What’s Derrick’s deal? He may or may not realize it but his comment about Will being Paul’s lover set off a chain of events that will leave WilSon changed forever. Or maybe Will did that by shagging Paul. Maybe now that Paul can’t have Will or Sonny, he’ll throw Derrick a bone.

Speaking of throwing bones...
It was pretty funny how Lucas shot Kate down for lecturing him on the immorality of hitting on a married woman. Kate’s in the know about a few secrets in town.

The hillbilly.
The man can’t string a proper sentence together but Clyde sure showed some chutzpah, blowing into the hospital chapel like tumbleweed through the desert and throwing threats around to Victor. Did he really kill Damon? Obviously he’s not to be underestimated even if his packaging leaves a lot to be desired. Nice touch having the rube rubbing the cocaine into Sonny’s wound to make Victor take notice and for the cops to think it was drug-related, but sort of dumb to remind the force of the drug trafficking in Salem that both Clyde and Victor are a part of! He's also dumb if he thinks Kate actually believed those red marks on his chest came from falling on a patch of ice! She likely knows something more was up but finds it sexy that he's such a bad boy.

The elephant.
For someone who hates Nicole Eric sure goes out of his way to allow her into his life by discussing her every chance he gets with anyone who crosses his path and Nicole just can’t seem to stay away from Serena. It really is bordering on stalking though we all hope she’ll be the one to bust Serena for whatever dirty deed she has planned with that elephant statue.

Please feel free to rant or rave in the comments section about this week. Happy Valentine's Day!

Clyde, "You kinda look like you seen a ghost." Clyde ‘kinda’ sounds like he ‘never saw no need’ to get ‘no edumacation’ either. 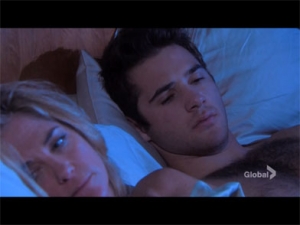 The big news this week is the change in the head writers. “Days” has always had a revolving door for head writers and this time the talented ex “Young and the Restless” writer Josh Griffith will write for “Days” for the first time while Dena Higley is returning. We’ve seen issues with Higley’s writing in the past not just on “DOOL” but I’m not willing to bitch and moan about the change, knowing our complaints won’t amount to anything. We can keep watching our beloved show and hope for the best. Since the show writes so far in advance, we won’t see the material until summer. On with the blog.

The extraordinary reach of the pathetic.
JJ, Eve, and Paige exist in this self-created bubble of drama where they’re obsessed with each other. Jeve are stuck in a loop of screwing up royally by screwing each other and Paige is so preoccupied with finding out who JJ’s been with that she has accused her own friend over one measly text. It’s pretty depressing that JJ can’t see that one mistake doesn’t mean he needs to give up and keep hanging out with the mess that is Eve. The more they hang out the easier it is for someone to figure out what’s going on. Eve is so complex I’m not even sure we can begin to unravel all of the layers. While on one hand she loves her kid and wants a better life for her she can’t seem to dig out of the ditch she dug for her and JJ.

Boy, Abby and Jenn sure ask a lot of personal questions about JJ disappearing all night from his room. He’s in University and that’s the first time this has happened? Can’t a guy get laid without his family questioning him? Gross.

Did you see the monstrous glass Eve was drinking wine out of this week?

Fast forward to sex.
Melanie and Brady realized life’s too short to wait for sex and jumped in the sack. Their bedroom scenes were awkward, sweet, and they looked good together but it’d have been really nice if the director would have had the hair stylist tame Melanie’s wild mane of hair so we could see her face. There’s awkwardness where our ex-party girl Melanie acts exceptionally coy and way more inexperienced than she is, perhaps because it’s still weird for her to date her BFF. Meanwhile, Brady’s the confident businessman. Maybe the show should focus on that and go for a Fifty Shades of Grey theme… Blah.

Antifreeze?
Last week in Deconstructing DOOL I said “Argh Aiden probably did it and I’m just deluding myself.” Yep, but here we are, another week gone by and I’m still maintaining Aiden’s innocence, as crazy as it sounds. Sigh. Now what the heck was he going to do with the axe and shovel? For someone who has owned this lake house for years you’d think he wouldn’t act as if it’s unheard of to find an axe and shovel in a cottage. Matt pointed out that he’s a lawyer and should be able to lie quite easily. There’s something fishy about Meredith’s DVD, where it was “hidden” and that Aiden allegedly poisoned her with antifreeze and then kept it at the lake house practically in plain sight. It’s all too obvious. As a lawyer, Aiden should be smarter than that. It just doesn’t fit. Why didn’t Meredith put it into a safe deposit box to be opened on the event of her death and why all of a sudden now did Bree go searching for it at the lake house of all places, when Meredith has been dead a long while? Why the heck is Bree even at the cottage in the dead of February, dressed in a sweater as though it’s May? Where is this place? 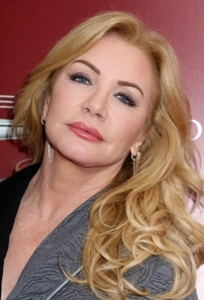