Read about ex-"Days'" Alexandra Shipp in X-Men: Apocalypse, and then get Arrow spoilers and much more in our Primetime Dish. 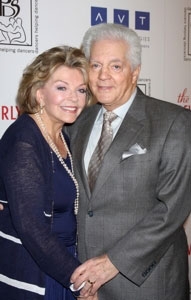 In this week’s Throwback Thursday poll, Soaps.com takes readers back to 1981 when “Days of our Lives'” Lee DuMonde tried to stop Doug Williams from marrying Julie Olson…

Someone in Salem won’t be happy this week when she finds out her former flame, Brady Black, is seeing Melanie Jonas. Back then, Lee was incensed when she discovered Doug was about to marry Julie, and she showed up to try and stop the wedding from happening. Doug asked Julie to wait outside and proceeded to let Lee know exactly how little he thought of her, and her claim that she loved him. During Doug’s tirade, he told Lee she had used him for his money and even accused her of a crime – paying a pimp to shoot Julie!

When Lee still insisted she would not let the wedding go forward, Doug furiously threatened to press charges against her if she so much as said or did anything to hurt Julie or the family again. He punctuated his rage by throwing an object. Do you remember what Doug hurled across the room? Vote in our “Days” poll:

Days of our Lives Spoiler Video: One Lucky Guy 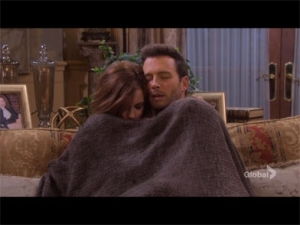