Twilight zone?
Though I can talk about how messy the rest of the storylines are, you get the picture...
How is it possible that for the last two weeks Clyde’s been coming off smelling better than Jordan? And can she deal with this issue of her killing her mother and unborn brother on purpose already so that the rest of us can move on? I hate to place blame on anyone but Chad for taunting hotheaded Ben into beating on him but it’s almost her fault that Chad went after her little brother. She’s such a stubborn ox to believe in Chad knowing nobody else in town does. Didn’t we go through this with Brady umpteen times already last year? The only thing interesting in this story is that we can see more and more that Chad might really have feelings for Jordan. In his own DiMera way.

Aiden's questionable parenting.
Aiden should sell the house. It'll be easier for him and Chase to move on but once again he felt the need to cater to his kid and promised that he'd ‘make it up to’ Chase by taking him on a trip. Seriously? What kind of brat will Chase grow up to be?

Tad and Rory.
Give us more of Tad and Rory! Operation ‘find Tad a girl’ is in motion. Please let Abby find Tad a girl or even just a story. He should be seen more than the hillbilly crew from Poplar Bluff as should Rory, who was amazing and fun this week.

Are you guys on Reddit? I swear Jenny and Carly cheating with Zach was more entertaining to me last weekend than “Days” this week. Still, I’m looking forward to next week!

Victor, “Stefano sent his bastard spawn over here to check us out.”

Maggie, “What's worse than a DiMera?”

Jenn, “I’m not trying to pry but I want to know why Eve was here and I want you to tell me the whole story now.”

Kate, “I picked up an unsettling vibe at the club last night.” Victor, “Should I call you Celeste?” 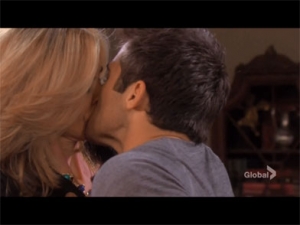 This week the positive focus lies on Rory, Tad and Victor, while several of the other players are a mess. Let’s discuss.

The club with no name.
What a mess.
Everyone’s calling the new club “Rafe’s Club” but is that the actual name? Will we ever get to know the name? We still don’t know what TBD stands for. And do we even really need a club? When Sonny renovated TBD he said he did so in order to serve alcohol and stay open later. He was calling it ‘a club’. It’s absolutely fantastic that Rafe has something to do but this club is already annoying. All we got to see other than Victor’s great one-liners was Nicole bumping into Serena, spilling her drink on her fugly dress and then Serena going psycho on her. Not to discount Serena’s anger. Serena had a right to be angry. After all, Nicole has given her every reason to consider that she purposely spilled the drink on her but it still felt that she made a mountain out of a molehill. Half the show was dedicated to that heated exchange. And Nicole asking Daniel to take her side was juvenile. As much as I love Nicole, she has to understand that there’s no reason for Daniel to hate Serena. Men don’t see things the way women do. Maybe it’d have been better if cake was involved. Cat fights are more fun if there’s cake involved. I digress. What’s next for the club? Eve and JJ singing duets? Club storylines have never had a lot of success. Wouldn’t the fans rather see the old sets? Vote! Days Poll: Which sets would you rather see?

Dumb and Dumber.
Another mess.
Last week in Deconstructing DOOL I said that I hoped that we might see the last of the awkwardness between Brady and Melanie there’s seemingly no end in sight. This week was full of these two trying to decide whether or not to date (shoot me now) and then once Mel decided to give dating a chance, Brady swept us off his feet by saying, “In a word, ditto.” That’s horrible! Then they were all fraught with anxiety over what Daniel, Maggie, and Theresa would say. Sure, Brady dating his BFF’s daughter is awkward and he shouldn’t even be dating anyone during the first year of his newfound sobriety. Other than that, it’s like they’re creating problems where there are none. And is it just me or are they’re really dumbing Melanie down? She actually told Maggie that she thought Brady should get time off for good behaviour from AA. She. Wasn’t. Joking. That’s probably the most moronic thing I’ve heard on this show in a year. Brady should just run. The more this goes on the more depressing it is. I used to love Mel and Brady’s friendship and we’ve not even caught a glimpse of it since she’s been back. Why couldn’t they have just resumed the friendship for a few months, reminded us of who Melanie was and then gradually have them fall for each other?

Come on out.
Sure, Paul’s a bit of a mess. But aren’t we all sometimes?
So far Paul is basically a good guy who really needs friendship and love. He’s so worried about what people will think of him but he should concentrate on how he feels about himself. If his grandfather loves him he’ll find a way to work it out and if not then Paul’s better off without him. Best line of the week comes from Paul who asked Will if his husband’s so right for him, why did he have sex with Paul? BAM! My guess is because Will’s too young and/or immature for that kind of commitment. And I never did think it was a good idea to race into marriage when he’d only been with one guy. This isn’t the 50s but then if they hadn’t rushed “DOOL” wouldn’t have had the first gay marriage on any soap. BAM!

“That Donovan Broad.”
The messiest of them all.
Theresa’s a mess. That’s nothing new but Brady sent this message home this week to her during their argument and he’s the expert. After laughing along with Anne about Jenn Jenn ditching work so often, Theresa is now just as bad. She needs to hit rock bottom. Maybe they’ll fire her. We saw Cliff…I mean Clint for three scenes and already we know he’s working for Kristen and Mandrake in order to check that Theresa’s not remembering anything. Where’s the mystery? Way to jump from the beginning of the story to the page before the end. And what is he going to do to her if she does remember? Creep!

Broken record.
Deliciously messy.
JJ and Eve have unfinished business. Every time they’re together there’s a point when you can see they both hate each other but want each other. It’s funny in a sick twisted way and Friday’s episode just made me want Jenn and Debbie Downer to walk in on them doing the nasty on Alice’s sofa. Oy. I’m out of my mind, I know. It’s just that I keep coming up with outlandish plot points in my head that would shock the pants off of everyone and make the viewers laugh. You know, because this story’s making nobody happy anyway.

This was a fun double entendre: Eve running to Paige for lunch at Salem U and Paige saying she can’t because she ‘has class’. 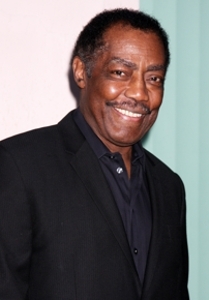 Days of our Lives Saturday Teaser Poll: The End