Days of our Lives Alum Greg Plitt Dies At 37 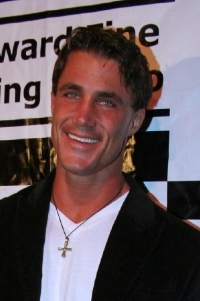 Actor and fitness guru Greg Plitt died in Burbank, California on January 17 after he was hit by a train while filming. According to The New York Times, investigators believe that his death was likely an accident. Plitt appeared as a cop named Henderson on “Days of our Lives” between 2007 and 2008.

As a model Plitt appeared in magazines such as Men’s Fitness and Muscle & Fitness as well as in ads for Old Spice Body Wash and Calvin Klein. Following his stint on “Days,” Plitt turned to reality TV and appeared on series like “Grudge Match,” “Mystery Millionaire,” and “Friends to Lovers.”

Soaps.com sends our condolences to his family and friends.

Days of our Lives Saturday Teaser Poll: The Problem With Brady