Days of our Lives Alum Chandler Massey On Bad Judge 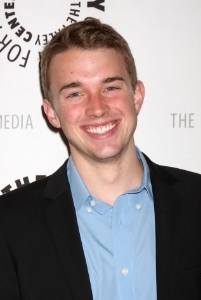 “Days of our Lives” alum, and two-time Daytime Emmy Award winner, Chandler Massey (ex-Will) can be seen on primetime this week. The actor will be appearing as Derek in the comedy, “Bad Judge.” Look for him in the episode entitled, “The Fixer,” scheduled to air on Thursday January 1. “Bad Judge” stars Kate Walsh (“Fargo,” “Private Practice”) and follows the life of a hard-living judge. It airs on NBC at 9:00 PM. Check your local listings for details on when it will be on in your area.

Chandler Massey played the role of Will Horton from 2009 until 2013.

Donꞌt miss the trailer for ex-Days’ Casey Deidrick in Eye Candy. And then read what happened after Paige learned the truth about Shane on Days.