Ex-Days of our Lives Writer Ann Marcus Dead At 93 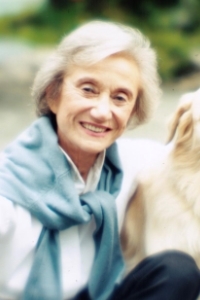 Veteran daytime writer and producer Ann Marcus passed away on December 3 at her home in Sherman Oaks, California. She was 93. Marcus received two Daytime Emmy Award nominations for her work as a head writer for “Days of our Lives” during the 1978-79 seasons.

Marcus enjoyed a long and rich history with the soap genre, working on “Love is a Many Splendored Thing,” “Search for Tomorrow,” “Mary Hartman, Mary Hartman,” “Fernwood 2-Nite,” “All That Glitters,” “Julie Farr, M.D.,” “Love of Life,” “Peyton Place,” “Falcon Crest,” “Knots Landing,” “One Life to Live,” “General Hospital” and “The Life and Times of Eddie Roberts” among other series. In addition to her work behind the scenes, she also played a significant role in the Writers Guild Association for decades and was a Governor of the Academy of Television Arts and Sciences.

Soaps.com sends our condolences to her family and friends.