Days of our Lives’ Molly Burnett Talks to Soaps.com!

Soaps.com: Your character also hasn’t had a real love interest since coming on the show. Are they testing the waters with Brady or looking to give her a love life anytime soon?

Molly: Mmm...Brady and Melanie have a great friendship, but I think that's where that'll stay. I have a good feeling about Melanie's future love life...

Soaps.com: What was your reaction to learning you won the role of a regular character on Days?

Molly: I was floored. Absolutely ecstatic! I owe Marnie (Saitta, Days Casting Director) so much for taking me on as a newbie to the TV world.

(She also told me over the phone that she made her mother switch her loyalties from General Hospital to Days of Our Lives when she got the role, which like any good mother, she was happy to do!)

Soaps.com: Is there anything you can tell us about what’s to come for Melanie?

Molly: Melanie is going to put her life on the line for Philip. I'm so excited about what we're working on because it's very much a Bonnie and Clyde kind of adventure!

Soaps.com: What would you like to see happen for her?

Molly: I love that she's becoming more relatable. It's nice to see a softer side to Melanie, but she won't stay super sweet for too long, she can't help herself. And for heavens sakes, give her some girl friends to hang out with!

Molly also indicated during our phone conversation that she would love to have Melanie’s mother come on the show, which with Darin Brooks (Max) leaving Days, sounds like a good idea since Melanie won’t have any family left in Salem.

Aside from Days, this former theatre actress and self proclaimed nerd who enjoys scrapbooking, being crafty and “anything with Martha Stewart,” will also appear in an episode of the series “True Blood” where she plays a member of a Christian rock band. Even though disappointed she didn’t get to play a vampire, Molly thoroughly enjoyed being part of the hit show. For more on her appearance on this HBO series, check out our article in the Days News Room.

Soaps.com is excited for what’s to come for Melanie and looks forward to seeing what else this spunky actress has in store for us! 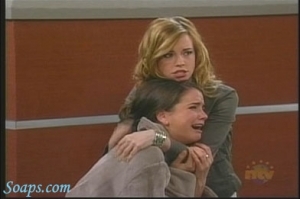 Molly Burnett has been playing Max’s long lost misunderstood sister Melanie Layton since last July and has made quite the impression on the denizens of Salem, as well as fans of Days of Our Lives. I recently had the chance to chat with Molly and found that aside from her frequent giggle, she couldn’t be more different from her often manipulative and not always so nice character.

Not only did we talk on the phone, but after having a bit of technical difficulties on my end, Molly was nice enough to immediately answer my questions a second time via email. I don’t exactly see Melanie being quite as accommodating!

During both interview sessions, Molly gave me some pretty interesting insight into her character, as well as a fun tease as to what’s to come for Melanie!

Soaps.com: You’ve been playing Melanie for almost a year now and she’s still not exactly the most popular person in Salem. Do you feel like you understand her and what her motivations are?

Molly Burnett: It just so doesn’t feel like a year!! The thing with Melanie is, she’s impulsive. She’s a little selfish and may like money a little bit more than your average teenage girl, but she means well and deep down she’s a genuinely good person. She’s one of those people that will come through for you at the last second and I really think Brady and Maggie and Max bring that out in her.

Soaps.com: They seem to be softening her up a bit with her befriending Brady, seemingly with no ulterior motives, and tending to Stephanie after Philip was shot. Are we going to be seeing more of this kinder gentler Melanie?

Molly: Like I said, as Melanie gets into the swing of things in Salem, Brady, Maggie and Max are going to bring out the best in her. She’s trying to be a better person, but no one is perfect, she’s still a little spitfire. As far as Philip and Stephanie are concerned, Melanie is in love with Philip, so as much as it kills her to see him with Stephanie, she ultimately wants to see him happy…but maybe she’s hoping this good side to her will make Philip see her in a new light… 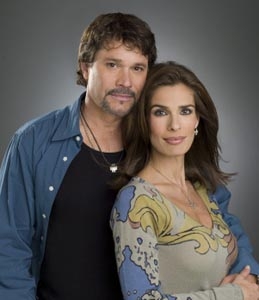 Days of our Lives' Kristian Alfonso & Peter Reckell in Australia! 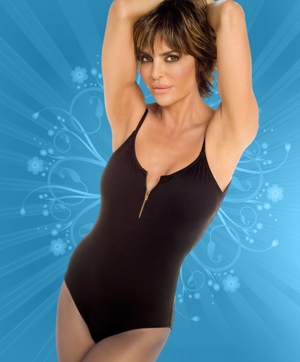