Molly Burnett Returns To Days of our Lives 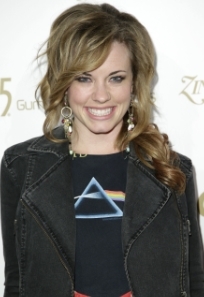 Rumors have been widely circulating for months, but it has now been confirmed that Molly Burnett (Melanie) will be returning to “Days of our Lives.” The character made her exit from Salem in September of 2012. Since leaving, Burnett has appeared on “Cameras,” “Ladies’ Man: A Made Movie,” “This Magic Moment,” “Major Crimes” and with several of her “Days” co-stars in “Addicts Anonymous.” Viewers can expect to see her appearing again later this fall. No air date has been released and no reason for the character’s return has been given.

Get a hint at what’s ahead this week in Soaps.com Days of our Lives Saturday Teaser: Sami’s Shocking Discovery. And then learn how Rafe reacted to Kate dating Clyde on Days.