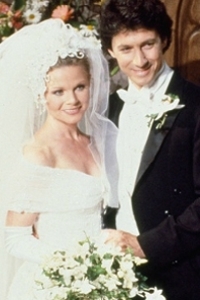 In this week’s Throwback Thursday, Soaps.com takes readers back to 1987 when “Days of our Lives'” Shane Donovan and Kimberly Brady Donovan reunited in Salem…

Currently, Sami Brady DiMera and EJ DiMera are in the throes of a happy reconciliation, but back then it was Kim and Shane who got back together after spending time apart. Shortly after Shane learned the truth about his daughter Eve – that Gabriel Pascal was her biological mother, not Emma Donovan – Kim left Salem to sort through her feelings about her life and their relationship. Shane began to have feelings for Gabriel and filed for divorce. Kim returned later the same year and went undercover as a prostitute to help catch the Riverfront Knifer after he attacked Eve. Shane found out what she was doing and began to work with her. They reunited during this time.

In 1988, Kim and Shane renewed their vows. Do you remember where they honeymooned? If you think you know the answer, post it in the comment section below!

Read about DOOL’s Shawn Christian at the Southern Connecticut Women’s Expo, and then watch ex-“One Life To Live’s” Judith Light in Amazon’s Transparent in Soaps.com’s Soap Opera Actors: Where Are They Now? 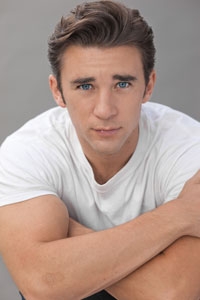 Soaps.com Interview With Days of our Lives’ Billy Flynn

Days of our Lives Spoiler Video: A Pretty Sight