Don't forget, Eileen Davidson brings Kristen back to Days next week and get details on Josh Charles' The Good Wife return and more in Soaps.com's Primetime Dish.

In this week’s Throwback Thursday poll, Soaps.com takes readers back to 1994 when “Days of our Lives'” Vivian Alamain returned to Salem and schemed…

This week, Kristen DiMera returns to Salem and is up to no good, but back then it was Vivian who returned with her sights set firmly on winning back Victor Kiriakis from Kate Roberts. When she learned Kate and Victor were trying to conceive a child through artificial insemination, she stole their embryo and had herself implanted with it. Then, during a wedding rehearsal that Kate was unable to attend, Vivian tricked Victor into marrying her, though he had no idea. Later, when Kate confronted Vivian about her manipulations and threatened to expose her to Victor, Vivian drugged Kate’s coffee. Unfortunately, the pilot who was flying Kate to see Victor drank it instead. The plane crashed and Kate was presumed dead.

One year later, Kate returned and spilled everything to Victor. Vivian then revealed that she and Victor were married and threatened to file for custody of the baby she had given birth to, Philip, if Victor tried to divorce her. Do you remember what happened when this stressful situation peaked? Vote in our “Days” poll: 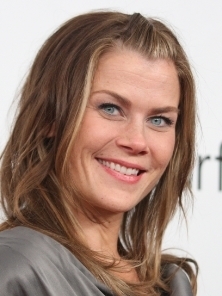 Days of our Lives Spoiler Video: An Interesting Turn