EJ and Nicole:
They’re both car wrecks! It was an explosive week with these two. It frustrates me to no end that Nicole keeps threatening to leave EJ when something doesn’t go right or her way, as EJ put it. She’s pushing him away. Not that it matters. We know her lies can’t last much longer. Did you like his insanely mobster attitude? He was a force to be reckoned with. The family code he brought up made me laugh. I couldn’t help it. But, James, Arianna and Joe pulled off those scenes so well. I loved the portions of Thursday and Friday’s episodes dedicated to them. Though we know she has done no good, after the way EJ treated Nicole, I so wanted her to slap him across his smug arsed face and leave him. Instead, she sniveled and shrank at his feet. Ugh! Where are the strong women on this show? (Rolla, who works on Soaps as a substitute writer sometimes, and I ranted about this on Facebook Wednesday eve.)

Stefano sure calls women names a lot, lately. For anyone, it’s distasteful but for a man his age and stature, it doesn’t fit for me. And what’s with EJ, who can treat Nic like a piece of dirt, but tells his father he can’t? Ugh. Turn off.

Kate/Chloe and Lucas:
I took this screen shot of Kate, teaching herself to forge Daniel’s signature and looky what I caught! That one black fingernail! See the first photo.

Kate and Lucas have never learned from their past, have they? I’m tired of Kate’s machinations and wonder how long before Lucas disowns her… for the 10th time? We found out Chloe isn’t preggers this week, so does that mean she’s got cancer again, or what? Kate took too much delight in telling Daniel all about this news, but why? I wasn’t clear on what good or bad this would do. She must have a plan, but I thought she cared about Lucas. Doesn’t that mean she wants to shield him from pain? This whole Chloe as a talk show host leaves a bad taste in my mouth, even though it’s to further Kate’s plan. Can you imagine? Chloe, who has no character, no expression and nothing at all to talk about, is going to be a talk show host? I don’t care that it’s part of a storyline plot to murder Chloe, I think it’s a farfetched idea. Daniel becoming Chloe’s doctor was interesting. I can buy that there isn’t another doctor for 100 kilometers, but couldn’t Lexi or Kayla have been her doctor? Of course not. After the exam, it seemed to me as though she was prodding him to fall back into her arms. No self-control, hmm? At least he was honourable this time. Good for him!

Oddity:
Kate disowned Victor, and called him names, but she’s still living in his mansion? Why? Why do they have her living there, still?

Philly and Stephanie:
Not feeling these two much these days. Perhaps if we saw Stephanie away from Philly more, working or studying, I'd be interested. Next week they'll move in together, but how will that go?

Max/Chelsea and Mel:
No chemistry between Max and Chelsea this week and I feel as though Chelsea is already off the show. Her demeanor was… un-Chelsea-like. Melanie…nothing to say about her. She was seen for half a second, brooding that she’s out of money. Same old.

Will and Mia:
Dorky, broody Will is worse than Lucas and annoyed me Friday. Sami needs to stop the freaking crying and be a mother. If she put her foot down and had some ground rules for Will to follow, he might just learn to respect her. He questions everything she does, when it’s none of his business. What are they? Buddies? On to Mia. She met Grace this week, her own child, so I am wondering how she’ll find out that Grace is hers. I thought she and Will would be involved somehow in this whole mess getting sorted out! Fitting together rather nicely, don’t you think?

Bope and Roman:
I do think that the vision is a police sting operation. Bo told Roman to stay away from Hope, Friday, and Roman did! No questions asked. I was in awe. Hope had a feeling that Bo said something to Roman, after he avoided her at the pub, but that didn’t ring true, to me.

That’s really all I have to say, about this week, but I’d love to hear your thoughts if you’d like to share them. Agree, disagree, it’s all in fun. If you’re cruising Facebook, come and say hello, this weekend, if you’re not out enjoying the gorgeous spring weather! 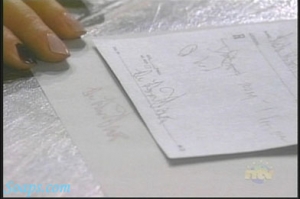 What did you think of the week as a whole? I thought the pace was good. I polled you all last week about the fuel project storyline and though only 3% loved the fuel project storyline, and a mere 4% of you said it was growing on you, the majority didn’t care for it, and it seems to me as it has come to a close. Good. We’ve moved on to Mia meeting Grace, Dr. Baker returning and EJ feeling that Nicole has betrayed some mobster family “code.”

New digs!
Steph and Chelsea’s apartment was cute. Small. I liked the baby blue paint job. Hey, and Sami’s apartment is looking fine! Far cry from the less than stylish place we saw a week ago! Well done, Days!

Mia, Sami, Nicole, and now Chloe’s preggers scare…
With all these women getting pregnant or assuming they’re pregnant, one wonders if the town of Salem has ever heard of condoms. Sami still needs a job. She could run “The Little Condom Shoppe Around The Corner.”

Sami/Rafe and family:
It was sweet that Sami named Grace after Rafe this week, though I felt she should have used a family member to become Godfather, since she barely knows Rafe. *insert eye roll here* Sure, he cares for her, and appears to be a good person. He even lectured broody, geeky Will. Roman lambasted Sami for her choices, when she has no job or husband or any way to support the kids. I agreed with his rant but found the scenes with Caroline talking Roman into supporting Sami awkward and I’m not even sure why.

Tony’s death:
Tony’s life remained in the balance for the first two days of last week until he had a heart attack and died, Tuesday. Without Anna at his side. He barely wrote out the letter B (for baby) to give EJ a heads up about his lying scheming soon-to-be-bride. Not much to go on, but EJ kept the note in his hand as if it’s going to sprout words. It perturbed me that Nicole kept putting Hope off at the hospital instead of giving her statement. Two days we had to watch this. Not only would it never have flown in real life, it was just hard to watch. Arianne rocked her scenes and I hated Nicole, for once. Stefano was in fine form at the hospital, too, showing he had a heart. Far cry from the Stefano we saw moments previous, droning on and on about how Tony was dead to him! I loved Anna for coming to the manse, giving Stefano a piece of her mind and slapping him, but wasn’t impressed that the show decided not to even have her at the hospital. And now she’s gone. Stefano and EJ mourned him but decided to turn their thoughts to the upcoming wedding. Will it happen? 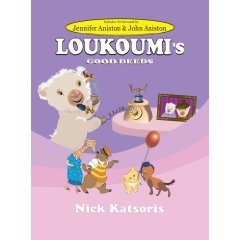 Days of our Lives Video Clip Preview: Secrets and Lies