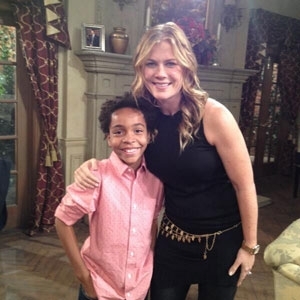 How will it all end?

Ever since Terrell Ransom Jr. (Theo) posted a photo of Alison Sweeney’s (Sami) last day on the set, the internet has been a twitter with speculation. The photo shows an urn sitting right beside a picture of EJ (James Scott) on the DiMera mantle. The image has led many to suspect that this means that Elvis will not be leaving Salem all in one piece.

Since Scott arrived in town as the SORAS’d EJ back in 2006, the character has undergone numerous transformations. He left Europe as a highly educated race car driver and soon became embroiled in his father Stefano’s (Joseph Mascolo) crime business. Adept at blackmail and organ thieving, Elvis was also able to show off his abilities to be seductive and to get almost any woman he got close to pregnant with the blink of an eye. Much of his storytime has focused on his on-again/off-again relationship with Sami and their occasional attempts to destroy, or end, one another’s lives. When it was announced that James Scott was leaving Days, many fans started to wonder what kind of exit would be coming for him. Vote in Soaps.com’s poll to let us know how you think he will be leaving the canvas.

Learn who is saying goodbye to Genoa City on Y&R.

Days of our Lives Poll: Memorable...